Oh was Castlevania’s third season worth the wait. Dracula’s emotional demise capped last season’s drama and started a new chapter for Trevor, Sypha, and Alucard. But it was clear that the fight against humanity’s eradication was far from over with a couple of surviving members of Dracula’s war council still at play. Carmilla had her own plans for humanity while Issac started forging his own army to continue Dracula’s work. Castlevania season three brings all of these main players back, ushers in excellent new characters, and expands the world’s universe over the course of ten episodes. There are several powerful and vital story arcs that all converge to make this perhaps the show’s best season yet.

This season picks up in the not-so-far future to reveal what everyone has been doing since last season’s epic battles. Trevor and Sypha are still on the road slaying monsters, Alucard is living a solitary life, Carmilla has returned to her home in Styria with Hector in tow, and Issac is on a mission to avenge Dracula. Trevor and Sypha, who hilariously call themselves “Belmont and Belnades,” were already a dynamic, engaging, and entertaining duo and this season expands on their collective while still building new layers onto their individual character development. 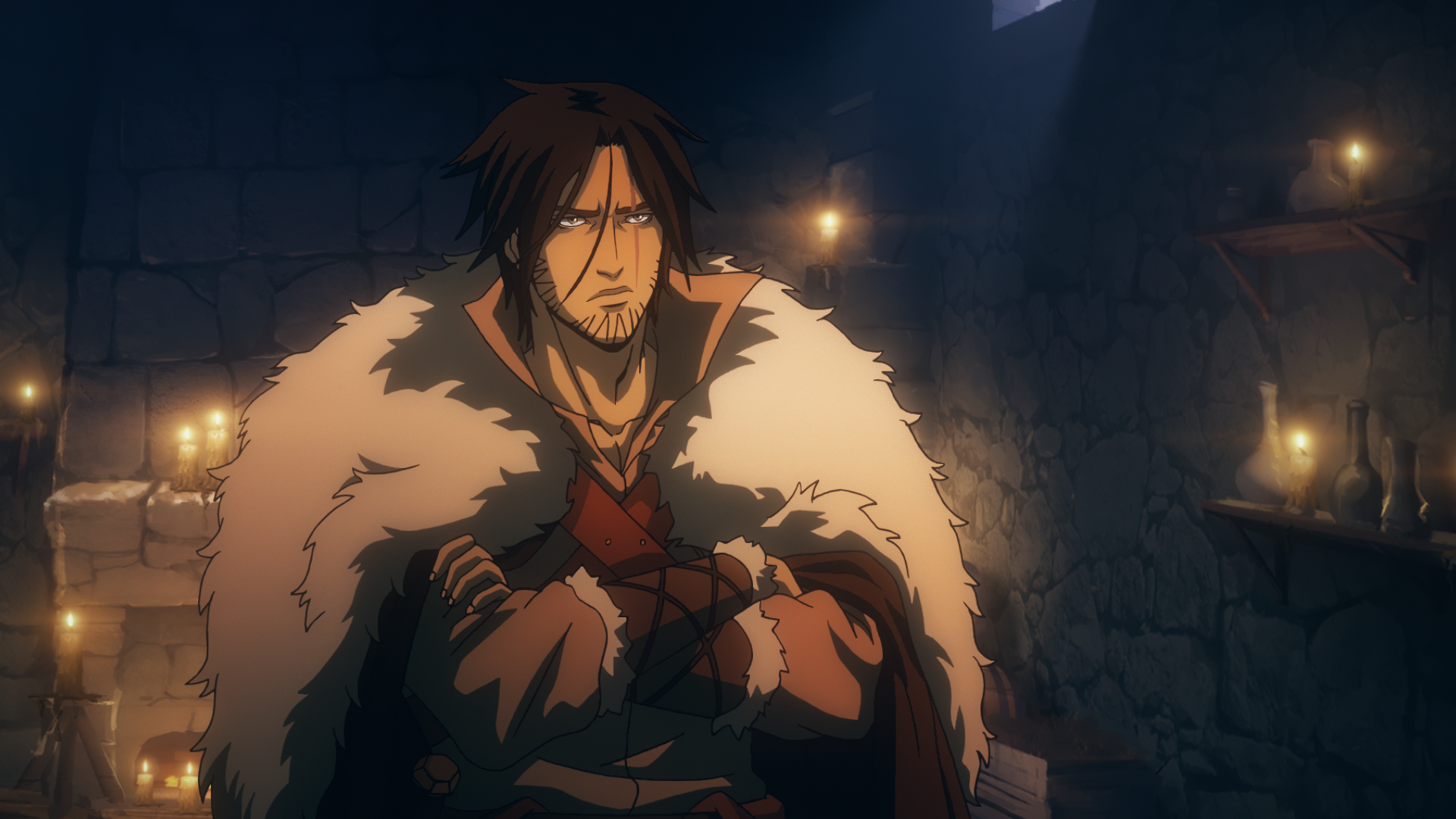 There’s a fresh understanding of Trevor’s mentality as a “simple man with simple pleasures” and how that juxtaposes with Sypha’s philosophies and abilities. Sometimes you need magic and other times you need muscle to get the job done. The pair’s bond, which seemed a bit rushed last season, is explored as they dive deeper into the secrets of a strange town and its inhabitants. Fans of the video games as well as TV show only will enjoy the addition of Saint Germain to the mix as well as the continued commentary about religious intolerance and power structures.

Carmilla made quite the impression in season two as a feminist vampire with her own distinct agenda. This season reveals that she’s actually the charismatic and progressive piece of a 4-piece puzzle. Her female vampire friends on Styria’s ruling court all bring a specific energy and philosophy to a shifting and complex plan for the future of humans.

However, their plans hinge on Hector’s compliance and he’s not quite as agreeable as most of them wish he would be for their sake. It’s difficult to speak further on Hector’s journey without revealing spoilery information but it will certainly make fans shake their heads at his stupidity. 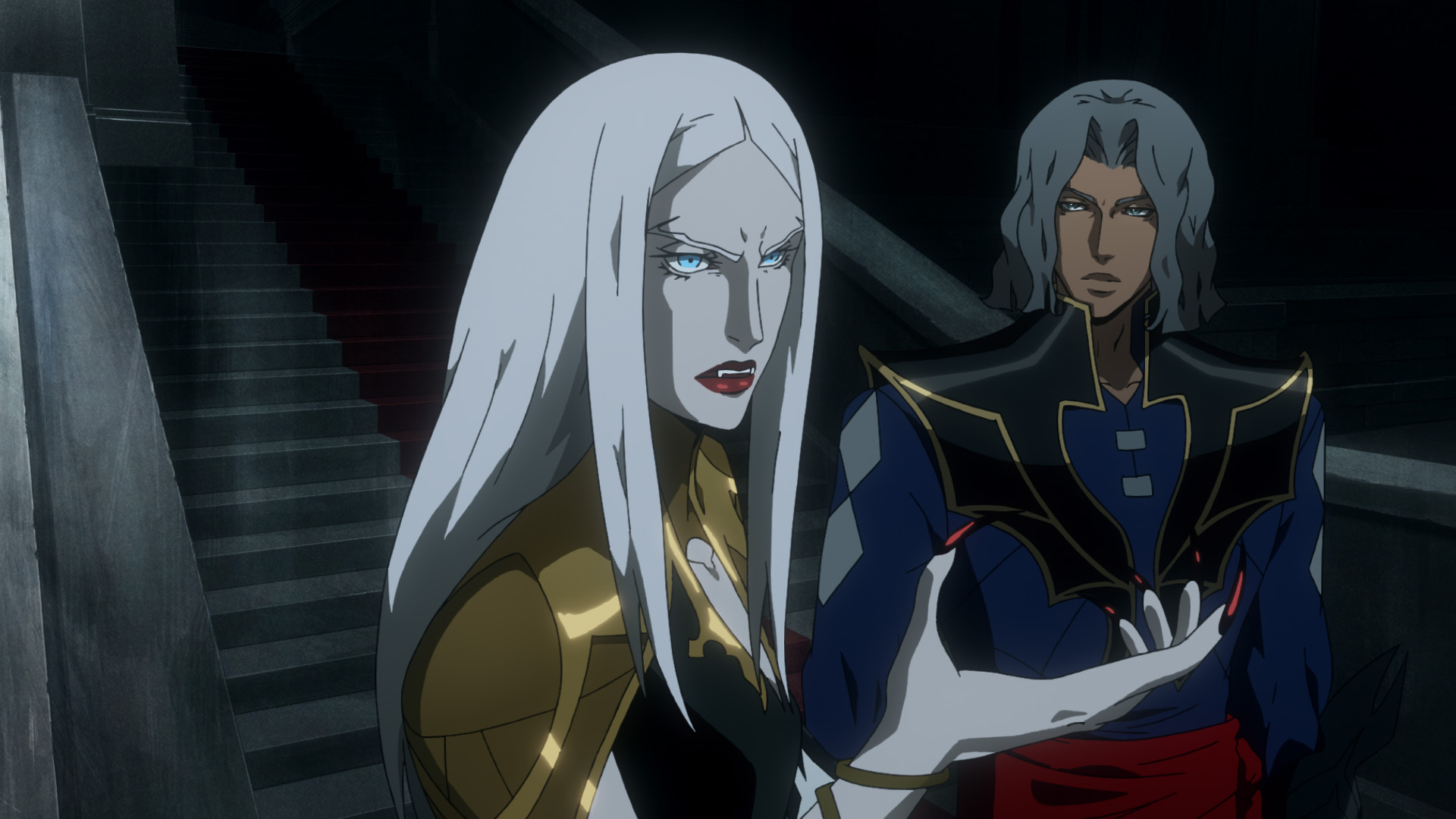 Alucard is perhaps the most subdued aspect of Castlevania season three. There was a lot to explore with him in the wake of his father’s murder and he honestly deserved more screen time overall. But, when he is onscreen, he is fantastic. A specific mission falls into his lap and gives him a new motivation for making sure that the knowledge from his parents as well as the Belmont family continues to thrive in the future.

Things certainly go in an unexpected direction but not in the way that many viewers will anticipate. Alucard’s arc is initially a tonal shift from all of them general mayhem and murder taking place with its other characters. But, don’t be mistaken, Alucard is still about that action and a powerful, dangerous being at heart.

In fact, Castlevania’s brilliant (and bloody) battle sequences are taken up a notch this season, especially in scenes with the show’s Speaker magician, the last Belmont, and vengeful forgemaster as they move with mesmerizing fluidity and precision. The final episodes of the season kick things up considerably as the storylines begin to emerge and Hell breaks loose—literally and figuratively. This show’s action is always welcome but it doesn’t come at the expense of other established elements that drew fans in from the prior seasons. 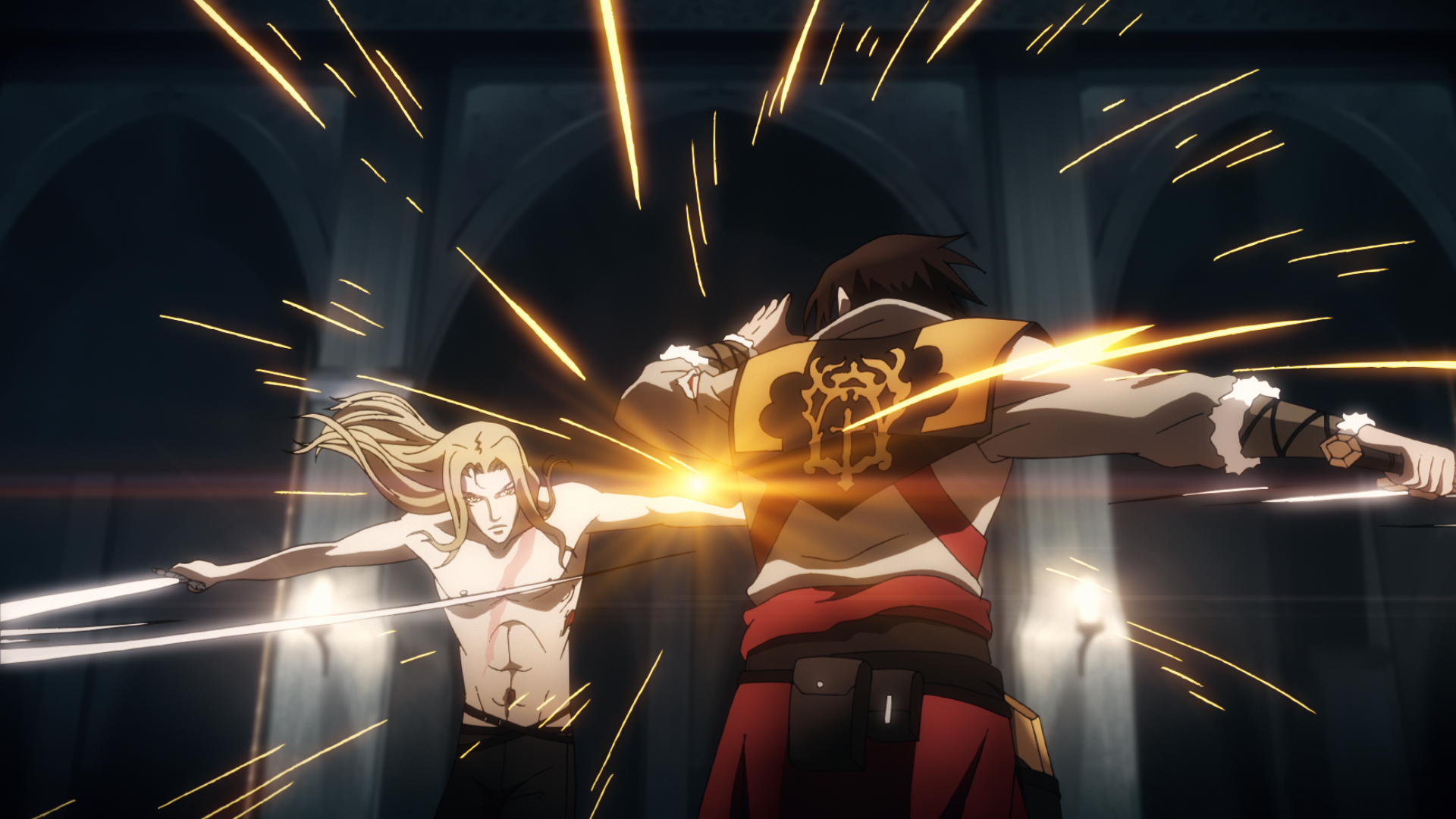 Castlevania takes the time to deliver intelligent, sometimes witty, and always carefully crafted dialogue to give viewers a lot to digest. There are conversations with incredible truths about real-life and revelations that give new layers to characters with only a few lines of spoken word.

This is best displayed in Issac’s arc as he meets several characters throughout his quest who give him food for thought about how he defines himself, his motivations, and what, if anything, separates his actions for the evil he sees within other humans. He steps out of Dracula’s shadow as a loyal member of his cause and becomes a brilliant character in his own right.

Castlevania is a thrilling ride of murder, mayhem, and moral questions wrapped up in an aesthetically pleasing and action packed premise. The existing characters are expanded, the newcomers are necessary additions, and the ending is hopefully a setup for more seasons in the future.