4 Things We Learned About CASTLE ROCK at SDCC 2018 - Nerdist

4 Things We Learned About CASTLE ROCK at SDCC 2018

Succinctly described by co-creator Dustin Thomason as “an original story in the key of Stephen King,”  Castle Rock is still largely shrouded in secrecy.

Only time will tell exactly what comes after the pilot, which had its world premiere at SDCC. But we were lucky to find out what Thomason and co-creator Sam Shaw have in store for future seasons of what might be described as a King-infused anthology—and why we should be excited about that.

“Our plan was always to tell a series of self-contained stories,” said Thomason. The first is inspired by King’s novels and short stories set in prisons, chiefly The Shawshank Redemption and The Green Mile. Given King’s library—he is, in Thomason’s words, “a genre unto himself”—there are several other options for which direction to take after the first season wraps.

According to Thomason, tales based around the cosmic struggle of good vs. evil and what he described as “bangin’ monster stories” (perhaps even one set in 1970s Castle Rock, which, awesome) are top of mind. “I think, truly, it starts with fandom,” said Thomason when asked where the ideas behind Castle Rock came from. “At some level, every piece of television [Shaw and I] have ever talked about has kind of gone back to Stephen King.”

He cited Manhattan, their WGN series about the atomic bomb and its development, as a distinctly King-influenced story—a historical tome, ala 11/22/63, with inherent drama and intrigue.

3) When you’re making a Stephen King show, it helps to have J.J. Abrams on speed dial

“If [Abrams is] not the world’s greatest Stephen King superfan, he’s right up there,” said Thomason. That’s high praise from the man who sneaked Easter eggs into the show that even fellow King diehard Shaw couldn’t identify. (“I’ll never tell,” swore Thomason.)

Still, working with the man behind The Force Awakens and LOST does have its complications for some involved in the production. “I’ve never done anything where I’ve had to hide plot aspects, and I’m very bad at it,” said Melanie Lynskey, who plays Molly Strand. “I’m pathologically honest. If somebody asks me something, I’m going to be honest about it. And I don’t know how to do this.” Still, Lynskey maintained Abrams is “the sweetest man,” despite his reputation as a stickler for secrecy. 4) The project is by fans and for fans, and that extends to the cast

Shaw and Thomason, who, according to Thomason, could teach a graduate-level course on King, aren’t the only ones behind Castle Rock who have been devouring the author’s books since they were kids. Lynskey, for her part, is also a longtime fan. “I was a painfully shy child, and other children were not my friends, so all I did was read books,” she said.

At age 10, she read “everything that [King had] written up to that point.” (She counts Pet Sematary as her favorite, a book she noted is a bit much when you’re in your formative years.) So, naturally, she was thrilled to be brought into the world of Castle Rock.

And now that we’ve learned a little bit more about the show, so are we.

Which King subgenres do you want to see developed into series? Let us know in the comments! 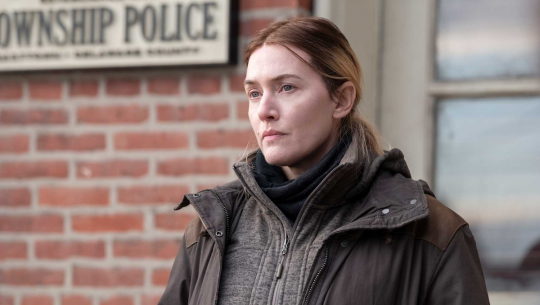