If you’ve been searching for what appears to be an enchanting animated film, look no further. You’ll want to watch the newest trailer for Wolfwalkers. The movie from Cartoon Saloon features hand-drawn animation mixed with more modern day techniques. That gives the trailer, at least, a unique, fairy tale storybook sort of look. Based on Irish folklore, Wolfwalkers tells the story of two girls, Robyn (Honor Kneafsey) and Mebh (Eva Whittaker). Robyn’s father ( Sean Bean) hunts wolves, but then one day while out in the woods, Robyn meets Mebh, a girl who can transform into a wolf. Then Robyn discovers she also has that ability.

It’s all in the trailer. Watch:

I think this animation style looks gorgeous. The story, which takes place in seventeenth century Ireland, has me paying attention. It looks like the narrative will explore themes of finding one’s place in the world. And doing so when one can turn into a wolf—a creature your father hunts. That’s going to cause some issues.

Directors Tomm Moore and Ross Stewart shared the trailer Thursday as part of a panel for New York Comic Con’s Metaverse. Moore also directed The Secret of Kells and Song of the Sea for Cartoon Saloon. And Wolfwalkers fits in right alongside those films. During the panel, which you can watch below, Moore discussed the story’s origins, too. Specifically, he and Stewart discussed the folklore inspiration.

Moore said, “We talked a little about the folklore from around this area in Ireland, in Kilkenny, called the ‘Wolves of Ossory.’ And at the time there was a documentary on Irish television called Wolfland. It talked about how Oliver Cromwell and the British tried to eliminate wolves from Ireland to symbolically tame the country. So we had all those ingredients and more, and we started mixing it up and that’s how we came up with the story.” 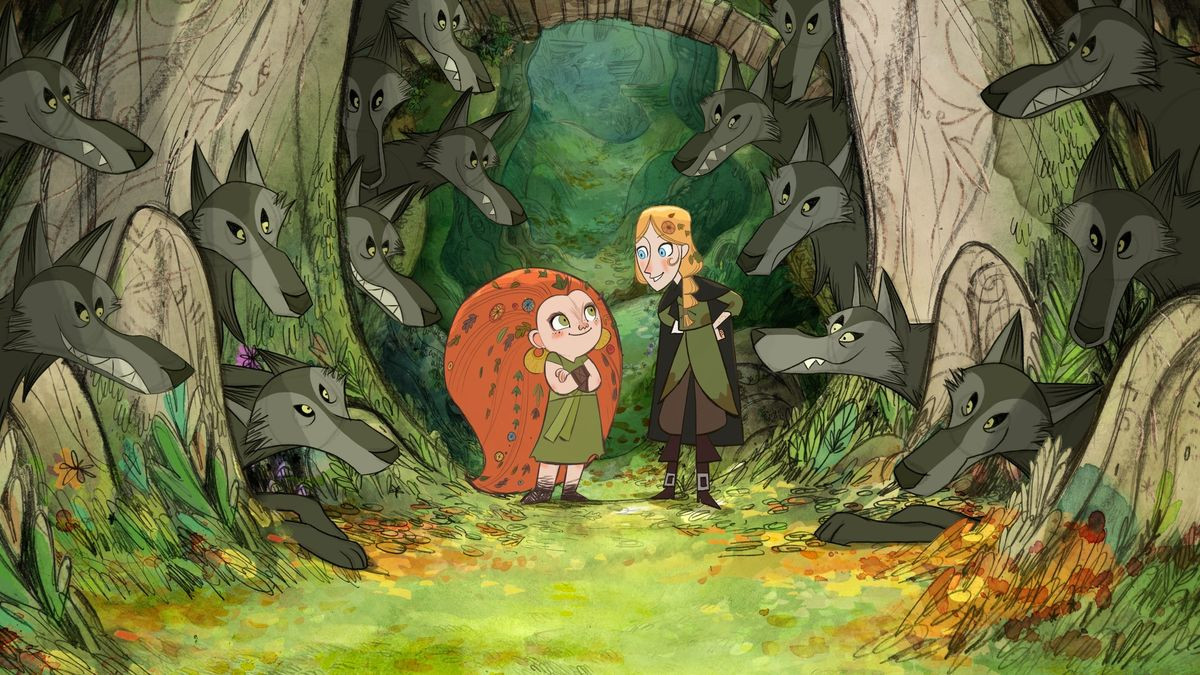 Wolfwalkers originally debuted at the Toronto International Film Festival. Now it will show in theaters (if possible) on November 13. Then Wolfwalkers will arrive on Apple TV+ on December 11.