CAPTAIN MARVEL Gets a Pre-ENDGAME Briefing In a Car Commercial

As we found out from Captain Marvel, Carol Danvers was gone a long time fighting evil in space. As we know from early Avengers: Endgame trailers, Carol does indeed answer that page that Nick Fury sent to her at the end of Infinity War, and returns home for the first time since 1995. You know, to help out a bit with that whole Avengery “let’s kick Thanos’ big purple butt” business. But in this clever new Audi commercial featuring Brie Larson, we see Captain Marvel catching up to speed on a few things that happened on Earth since the heyday of Friends and TLC.

We’re not sure where Carol’s brief is happening exactly. SHIELD are officially back and good guys now, right? But it’s quite amusing that she gets an explainer on just who the primary Avengers are using nothing but an assortment of action figures. But the most humorous part is when Carol has the last twenty-five years of technical advancements explained to her, such as “cell phones becoming a lot smaller, and then bigger again.” Not to mention our cultural need to take pictures of our food and then share it with everyone we know on social media. To be fair, I totally understand Carol’s befuddlement on that one.

Luckily for her, all of Captain Marvel’s ’90s wardrobe still totally fits in with today, as most of that fashion she wore while adventuring with Nick Fury back in the day has come back around and is “retro cool” again. Which is very fortuitous for her. Maybe after she helps finally defeat Thanos and sends his butt hurtling through space, she can use her vast cosmic powers to take on that gluten problem we are all saddled with now. I’m sure a lot of us would be grateful for her help in this regard. 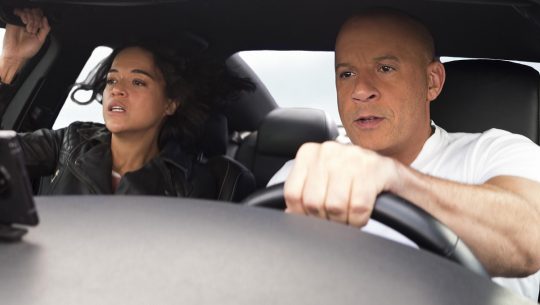