CALLISTO 6 101: Glossary of Terms From The Cypher System - Nerdist

Geek & Sundry’s new cyberpunk superhero RPG show, Callisto 6, introduced us to a new set of PCs played by that excellent cast from the Shield of Tomorrow Star Trek Adventures RPG show. Callisto 6 is also introducing many viewers to the Cypher System, a grand RPG system from the Monte Cook Games team.

Unless you are already quite familiar with the Cypher System, it may be easy to get a bit lost in how and why of these new rules and game mechanics. So here’s a Cypher System Glossary of Mechanics to help you get a better grasp of the basics you’ll be seeing throughout the Callisto 6 season. 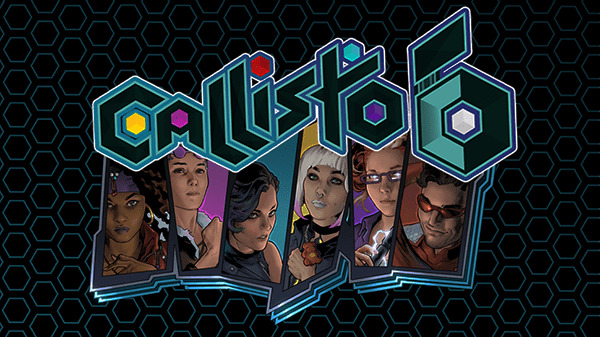 Descriptors: what a character does; a character’s motivation. Take a peek at the online Cypher System Cypher Guide for the full List of Descriptors.

Focus: an ability set that makes a character special and unique. Check out online Cypher System Cypher Guide for the full List of Foci.

Each Stat (Might, Speed, and Intellect) has two additional components: Pool and Edge.
Pool: the measurement of your PC’s raw, innate ability in that Stat. The average range is 9-12 points, which are spent when a PC wants to perform a Task.
Edge: a numbered factor that can reduce the Task cost of Pool points. For example, a PC with a Might Edge of 2 can reduce that number from a Task that uses their Might stat.

Effort: allows a PC to spend Pool points from a stat in order to increase their chance at accomplishing a Task with that stat. The first 3 points of Effort applied will lower a Task Difficulty by 1 step; only 2 Effort points are required to lower a Task Difficulty after that. Effort may also be applied to increase damage dealt. Effort is also affected by a stats’ Edge factor.

Asset: most anything that can be applied to a Task, usually reducing the Difficulty Level of the Task by 1 Step, and never more than 2. 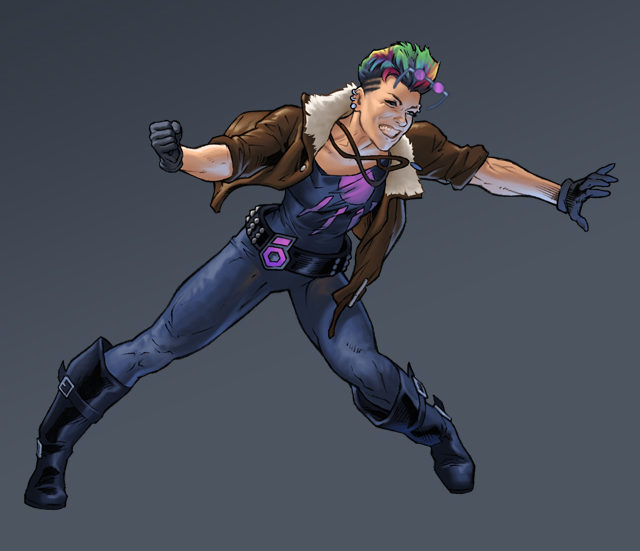 Benefits: actions bought with earned XP that mark progression to the next Tier. Each Benefit costs 4 XP, and all 4 must be bought (in any order) to advance to the next Tier.
Increasing Capabilities: You have 4 points to add to your stat Pools.
Moving Toward Perfection: add 1 point to your Might, Speed, or Intellect Edge.
Extra Effort: increase your Effort score by 1.
Skills: become Trained in 1 Skill of your choice.

Experience Points: Discovery is the core guiding principle in the Cypher System, and a prime factor a GM uses to award XP. Characters may earn 2-4 XP during a typical game session.

GM Intrusion: A GM may insert an “unexpected complication” for a PC at any time. However, the GM must also immediately award that PC 2 XP. Then, that PC must immediately give 1 of those XP to another PC of their choice. GM Intrusions may be refused by the PC at a cost of 1 XP (meaning that PC isn’t awarded the normal 2 XP). If a PC has no XP, the Intrusion cannot be refused.

Actions: attack, activate a special (non-attack) ability, move, wait, defend, or do something else.

Damage to PCs reduces the appropriate stat Pool (usually Might).

Damage to NPCs reduces their Health score, which is equal to their Target Number.

The Cypher System is of course much more than can be simply covered here. If your interest is sparked and you want to know more, download the free 17-page Cypher System Rules Primer. The Cypher System and Cypher Guide websites are also great places to learn more.

Be sure to tune in to watch the show live on Twitch and Alpha every Friday at 4PM Pacific! Don’t have an Alpha membership? Get a free 30-day trial at projectalpha.com!

What are your favorite things about Callisto 6 and the Cypher System? Be sure to tune in for the next Callisto 6 episode every Friday at 4pm Pacific on Geek & Sundry and Alpha! Sign up for your 30-day free trial today at www.projectalpha.com!

Jim has been a video gamer since 1977, a tabletop RPG gamer since 1980, and a freelance journalist online since 2003, covering his favorite geek topics of video games, entertainment, military history, tech, martial arts, and tabletop gaming. You can find and chat with him about all the geeky things at Google +, Twitter, Instagram, and while watching shows in one of the Alpha chat rooms.

More Powers of The Embraced in VAMPIRE: THE MASQUERADE, Explained

The Powers of The Embraced in VAMPIRE: THE MASQUERADE – L.A. By Night, Explained

New RPG Players: The Basics on Using Descriptive and Active Roleplay in Combat

The HOW And WHY Of RPG Character Creation And Development