LIGHTYEAR Trailer Gives Us Space Adventures and a Robotic Cat

Have you ever watched a Toy Story movie and wondered about the real man behind the Buzz Lightyear toy? Me either. But hey, that doesn’t mean it won’t be fun to find out about him. Fun and and very intense that is. The first Lightyear trailer starring Chris Evans promised a powerful story about the interstellar space explorer behind the toy that helped turn Pixar into a household name.  But the latest look at the film takes us even deeper into the world of Buzz Lightyear. It introduces us not only to our titular character but also to all the other intrepid space adventurers who we will meet in the film.

In our newest look at the film, we get to meet Izzy Hawthorne and her rag-tag, but full of heart, team. They will destroy the alien ship. They just need a pilot. And that’s where Buzz comes in. We can already tell we will absolutely love this found family adventure. This latest trailer builds on the work of our previous glimpses at Lightyear, which gave us a better look at the storied figure and his mission.

Before he was a plastic collectible upending the power dynamic of playthings in Andy’s room, Buzz Lightyear was a real Space Ranger. Disney and Pixar will tell the “definitive origin story” of the legendary astronaut in a sci-fi action-adventure story about astronaut “who would win generations of fans,” both with his exploits and the toy he inspired.

Though from the looks of it, interstellar travel and meeting aliens seems like the slightly more impressive feat of the two. But in fairness to the toy, it totally nailed the real Buzz’s suit. 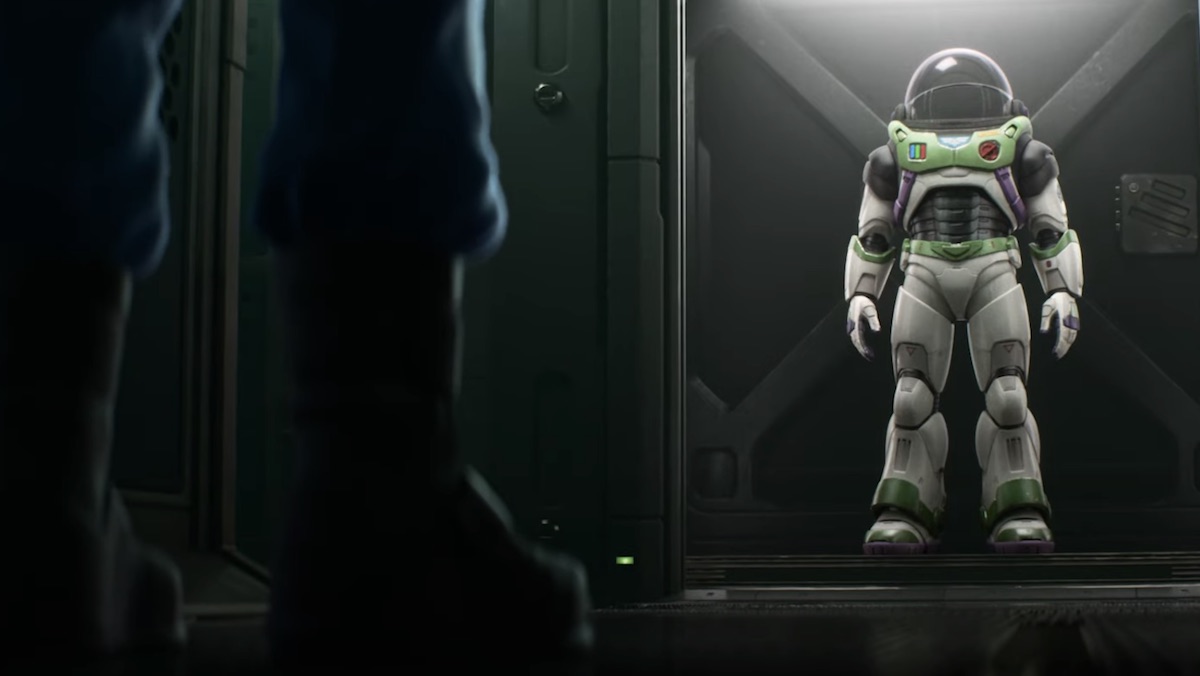 The former Captain America, Chris Evans, will voice the real Buzz. (Tim Allen voices the toy version in the quartet of Pixar films.) Evans doesn’t have a lot to say in this teaser. But he did talk about what the role means to him in a press release.

The phrase ‘a dream come true’ gets thrown around a lot, but I’ve never meant it more in my life. Anyone who knows me knows that my love for animated films runs deep. I can’t believe that I get to be a part of the Pixar family and work with these truly brilliant artists who tell stories unlike anyone else. Watching them work is nothing short of magic. I pinch myself every day.

Annie Award-winner Angus MacLane (Finding Dory) directs Lightyear. With Galyn Susman (“Toy Story That Time Forgot”) producing. But while the real Buzz’s story isn’t lightyears away, it’s still a ways off. Lightyear arrives June 17, 2022. That’s a long time to wait. Which will only make seeing the actual film even more intense than this trailer.