He’s back, and he’s a Beetle again! The Volkswagen Beetle itself may be no more, but the plucky Autobot hero from the Transformers movies has a new spin-off set in the ’80s, when it would have been an absolutely appropriate “disguise” mode. Which of course it was in the cartoon– Michael Bay just felt a Camaro looked cooler. The new “old” design splits the difference: while Bee looks a lot more like the traditional toy, he retains the more insect-like face and “wings” made of doors that the live-action franchise gave him. And now it’s all coming full circle, as Hasbro is debuting an exclusive first look at the toy of this version at Comic-Con. 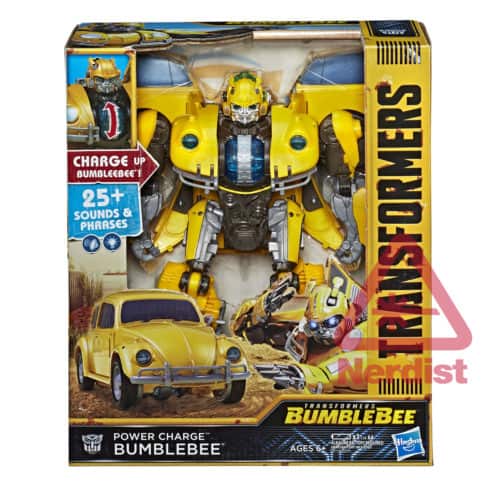 Featuring robot sounds and phrases activated by spinning the power core in his chest, as well as engine-revving noises for the vehicle, Power Charge Bumblebee fully transforms into car mode in 17 steps. 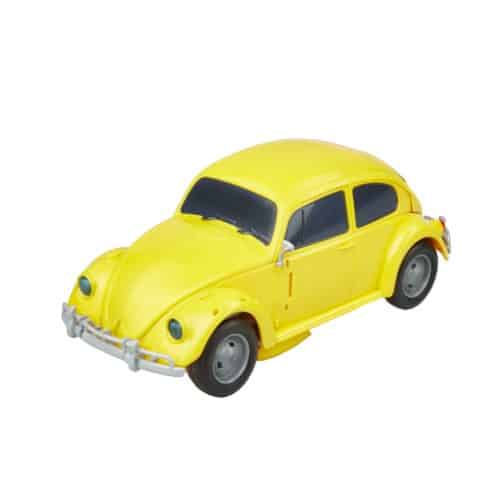 As in the movies, you can lower his buggin’ mask for battle over the more robotic face, and slide a sword out from his forearm. 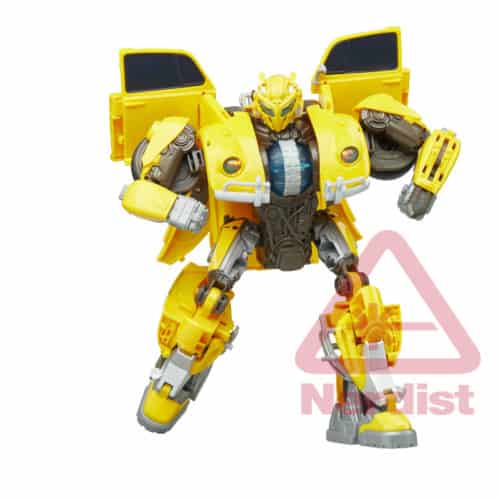 While the figure will be first shown at Comic-Con, he is not a Comic-Con exclusive; you’ll be able to get him everywhere this winter when the movie hits theaters. No word yet on whether tiny John Cena and Hailee Steinfeld figures will be made to accompany him on his journey to store shelves. 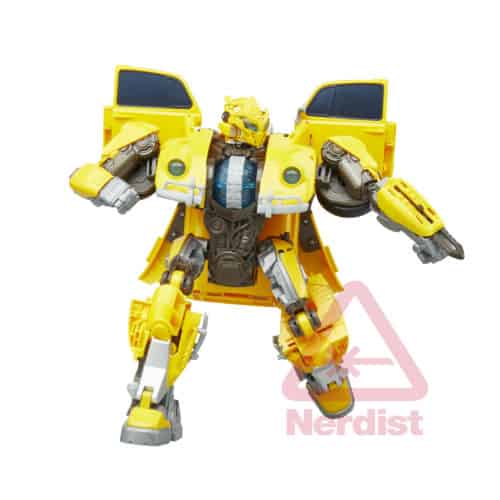 Are you excited for a more classic look to this live-action Transformer? Start your engines, and power up your thoughts in our comments section below.