BRUTAL DARK Is The Noir Adventure Comic You Need - Nerdist

BRUTAL DARK Is The Noir Adventure Comic You Need

We were huge fans of Jacob Phillips and Chris Condon’s That Texas Blood. The stunning, bleak, and beautiful comic had initially planned to launch this month. It was, however, delayed. Although the COVID-19 crisis has delayed that incredible book Phillips and Condon have been busy. Whilst most of us have struggled to dress ourselves in the morning, these two have created a whole new comic. And it’s stunning. 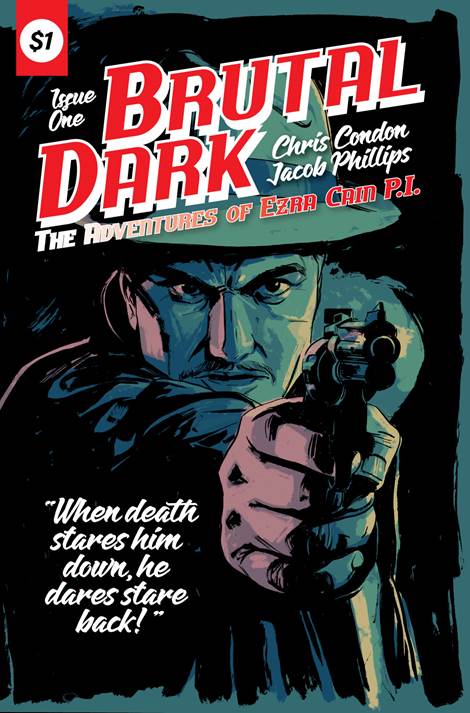 Condon gave us a great tease for the series. “In 1941, Private Investigator Ezra Cain unravels a deadly conspiracy to tear apart the heart of America – his city!” He told us that rather than being a straight crime comic the series, Brutal Dark sits somewhere between The Maltese Falcon and Indiana Jones. It’s a noir-adventure that is not only a brilliant distraction from the current crisis. But is also another astonishing showcase of the pair’s talents. Condon crafts a tight, atmospheric, script. And Phillips once again stuns with his broad breadth of talent. 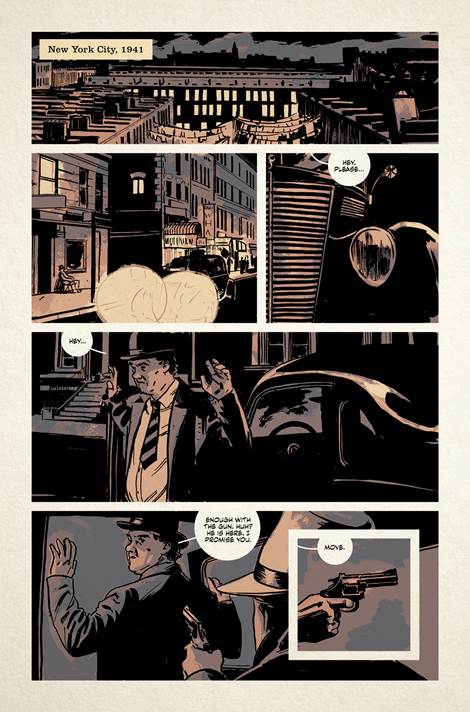 If you’re a fan of noir comics like Criminal, Fatale, 100 Bullets, and Sin City then you’ll likely fall in love with Brutal Dark. Dark, beautiful, and immersive; we read the issue and it’s great. Ezra is a great reinvention of the classic P.I. archetype. We’re excited to see where the series goes, especially as Ezra has the potential to stand alongside other great gumshoes.

One of the best things to come out of the madness of 2020 is the creativeness it’s inspired. Sharing art is a powerful thing. And Brutal Dark is a great representation of that. Two creators who made something special, had their plans scuppered by a global pandemic… so they just made something new. Inspirational stuff.

Like This Texas Blood, Brutal Dark is written by Condon and drawn, lettered, and colored by Jacob Phillips. You can read the first issue of Brutal DarD via the pair’s patreon account.