Parkour Team Takes ‘The Floor is Lava’ to the Next Level

As kids, we all played “the floor is lava” to pass the time. We all jumped from one piece of furniture to the next, pretending that the shag carpet beneath us was molten liquid. And one false move had us falling to the floor, screaming like Anakin Skywalker in Revenge of the Sith. There was also the playground variant too, “hot lava monster.” That one was a smidge more fun than jumping from one couch to another.

Well, via Laughing Squid, we’ve discovered maybe the ultimate version of “the floor is lava.” One that puts anything we did as kids to shame. And even the current The Floor is Lava game show on Netflix can’t compare. This one involved a British parkour group that wanted to show off their incredible skills to the world. You can watch the full video of their demonstration right here.

The British parkour team, known as Storrer, made the journey to Bristol, England, to give their own (far riskier) version of “the floor is lava” a go. Only the version they played was jumping off of one 108 granite pillar to another. The stone pillars used were from the Michael Dan Archer art installation “Full Fathom Five” at Portishead Quays. Each of the columns differed in height, giving off the illusion of a wave. 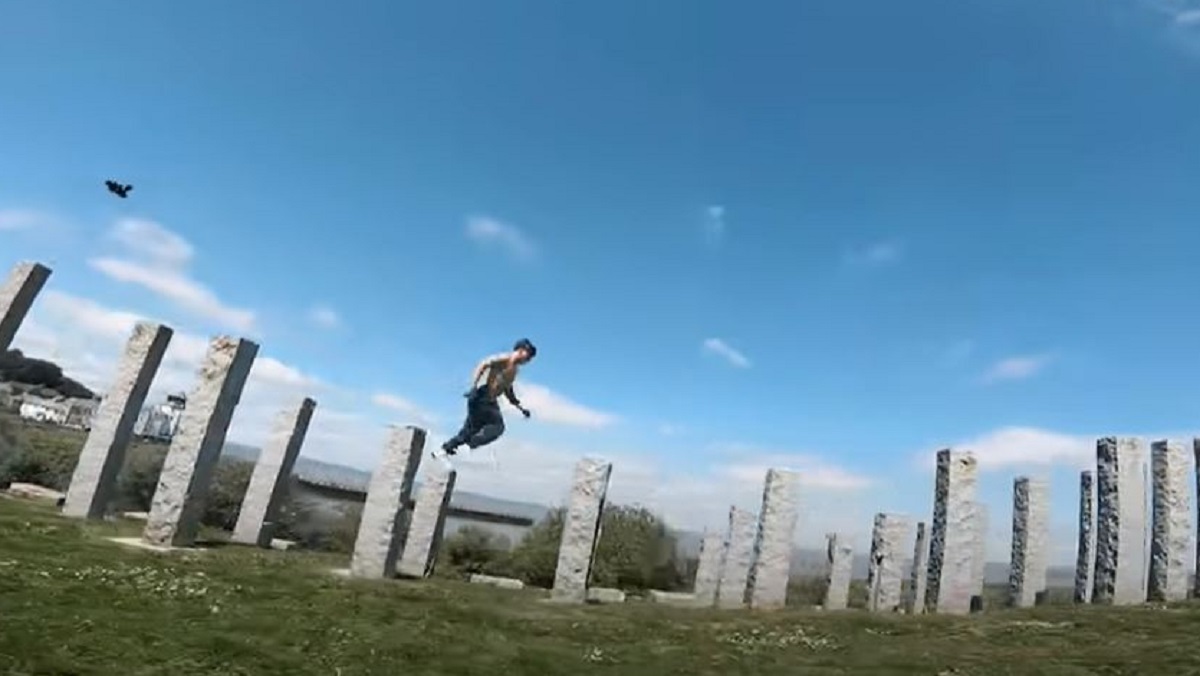 As you can see from the video, most members of the team had a very hard time finishing the game. And honestly, watching the video made us super nervous. Because those are granite pillars, and one wrong move can cause severe injury. Luckily, all these blokes are superb at this. So when they “ate it,” they just tumbled onto the grass. But it was still nerve-wracking to watch. When one of the Storrer guys finally finished the game, we felt relief as much as anything else!