Shang-Chi and the Ten Rings‘ Simu Liu is having a pretty terrific 2021. And it’s about to get even better. Marvel’s newest hero stars as an unlikely savior in Netflix’s upcoming anime film Bright: Samurai Soul. It that takes place in the same universe as Will Smith’s Bright. But Samurai Soul couldn’t look or feel any different than its live-action fantasy predecessor. It’s a new take on a classic Japanese trope. In a story that mixes a ronin, a magical creature, and a whole new animation style.

Now that’s a damn good trailer. It’s more than enough to make us tune in when the film debuts on Netflix on October 12. But the movie’s official synopsis fills in some of the gaps on what is happening and why.

“In the time between the fall of the Shogunate and the rise of the Meiji era, a powerful bright light emitted from a wand brings an end to the long Shogunate period to avoid further bloodshed as Japan begins to shift toward a new era. Amid these circumstances, a one-eyed wandering ronin named Izou, who has lost his reason to live, and Raiden, an orc who detests murder and hopes to leave a life of thievery behind, separately meet a young elf girl named Sonya around the same time. Together, they go on a journey along the Tokaido road to bring her and the wand she holds safely to the land of the elves in the north. Standing in their path is the mysterious organization Inferni, which aims to obtain the wand and revive the Dark Lord, who intends to rule all of creation.

Inferni also uses the new Meiji government in its attempt to steal the wand from Izou, Raiden and Sonya. Traveling along the Tokaido road from Kyoto to Yokohama, Izou and Raiden begin their journey to protect the wand.” 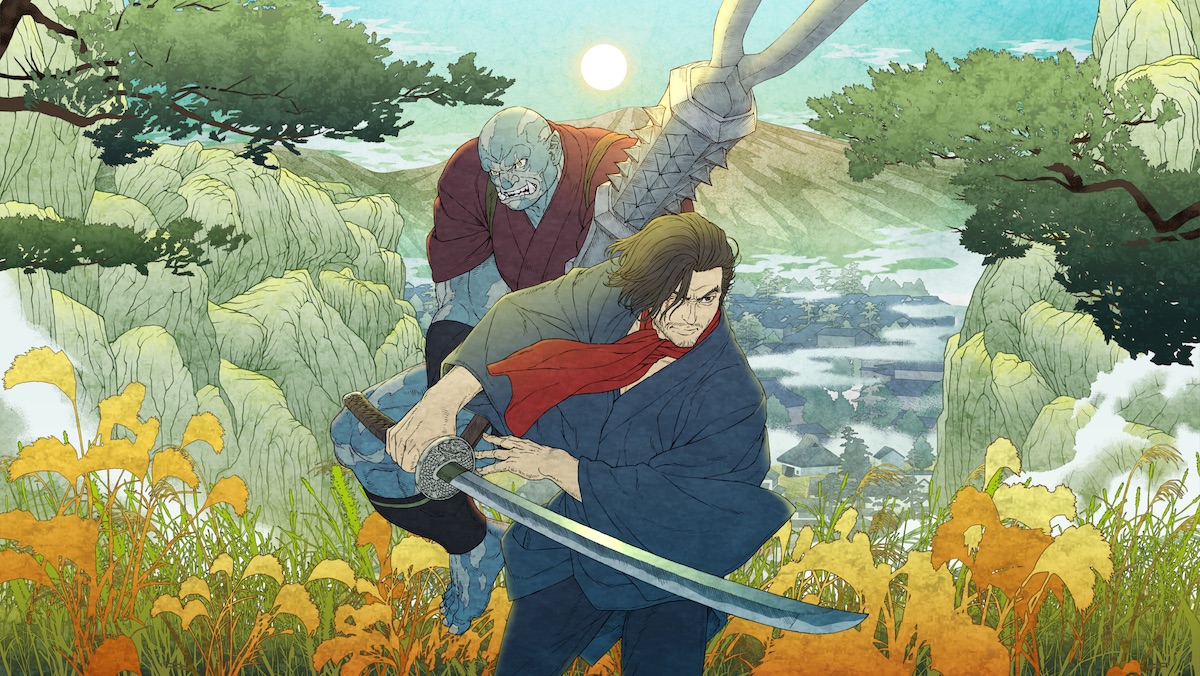 Liu voices the one-eyed samurai Izou in the movie’s English dub. Fred Mancuso plays Raiden, an orc working towards redemption after a life of thievery. And Yuzu Harada is Sonya, the young elf girl both are trying to protect. The Japanese cast stars Yuki Nomura, Daisuke Hirakawa, and Shion Wakayama.

Directed by Kyohei Ishiguro, the film also boasts what Netflix calls a new animation style. It combines “the characteristics of Japanese woodblock print art with 3DCG technology.” The movie’s aesthetic is already a winner. If the film delivers on its story too, no one is going to have a better 2021 than Simu Liu.