Brie Larson is truly a woman of the people. She saves the MCU as Captain Marvel. She entertains our universe on her YouTube page. And now she’s taking follower requests to watch her play video games. Larson’s recent post about her Fortnite Locker Bundle prompted a fan to ask her about posting a video playing the popular game. Larson didn’t waste any time making it happen the following day. And she brought her friend and fellow Marvel boss Tessa Thompson along for the ride.

Larson tagged Thompson in a tweet, to which Thompson replied “Yes plz.” Most fans probably thought they were joking but SURPRISE, it was a real deal date. The clip on Larson’s YouTube page shows Brie Larson and Tessa Thompson on a video call chatting before getting into game play. Thompson admits that she is a novice to the game but says she did a bit of research to prepare.

Larson says she’s over 300+ hours into Fortnite and quickly explains (from her gaming cave, no less) how to play it. Tessa Thompson says she hasn’t played games since her childhood but she’s looking for a new way to spend her free time. Honestly, is there a better way to jump back into gaming?

Larson shows off one of her outfits in the game which is unsurprisingly a Captain Marvel getup. The hilarious part is The Mandalorian‘s Grogu floating behind the avatar. Brie gets ready and Tessa decides they will head to Coral Castle. Tessa watches with excitement, asking questions as Larson gets into the game. We love a supportive friend.

They joke about food and in-game treasures right before Larson gets eliminated by a computer enemy. The clip runs for about 10 minutes and is rather entertaining to watch as a third wheel. 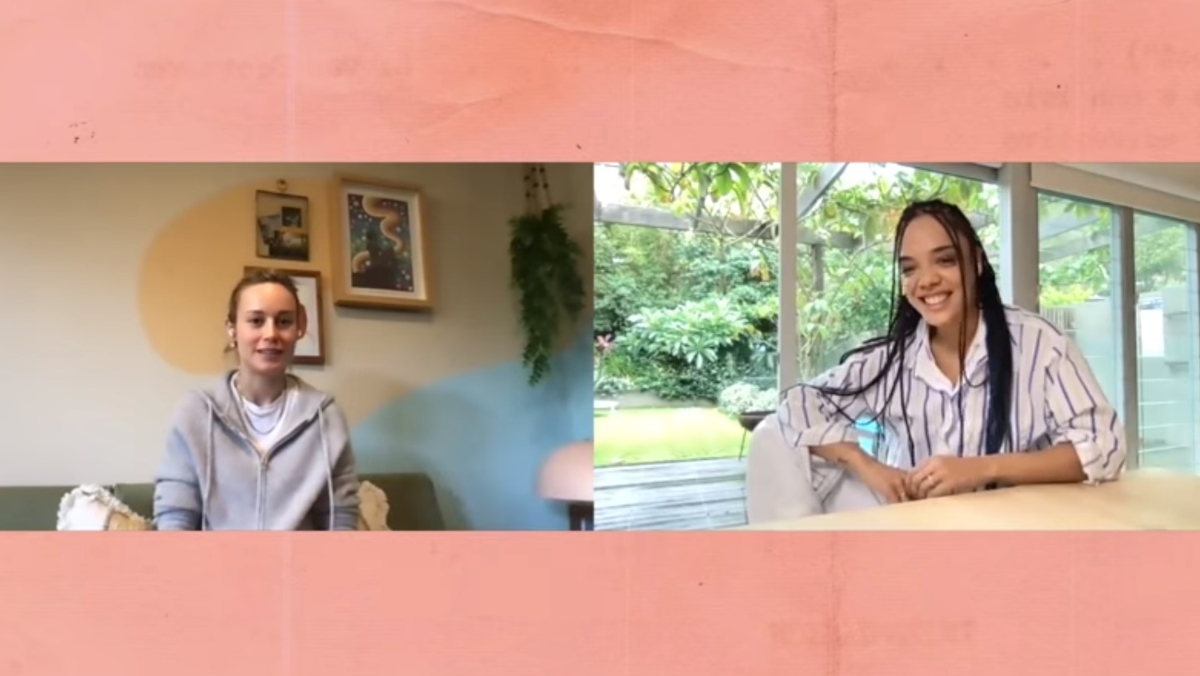 We don’t know how Brie Larson has become a YouTube superstar but we love it. And we hope that Tessa Thompson’s first peek into Fortnite will lead to more videos from them as a duo.