For years we’ve followed the development of Boston Dynamics‘ Spot, the robotics company’s advanced four-legged machine that can climb over and around difficult terrain. Along the way the mechanical “pup” has learned to help diffuse bombs, open doors, to work with others to pull a truck, and even to bust a move on the dance floor. He’s also pretty adorable for being a sleek collection of metal and circuitry. And now he can belong to anyone. Spot is finally up for general sale. But woof! This doggy doesn’t come cheap. If you want to take him home you’re going to need to pony up almost $75,000.

Businesses in the U.S. can now purchase Spot, “the nimble robot that climbs stairs and traverses rough terrain with unprecedented ease.” Boston Dynamics announced the news in a stylish new ad which features highlights of Spot’s prowess.

Previously, private companies have been able to lease Spot. That has included a wide-range of businesses and operations. The robo-dog can be used “for documenting construction progress, reducing risk to people in dangerous environments, or other tasks that are too difficult for traditional automation.” 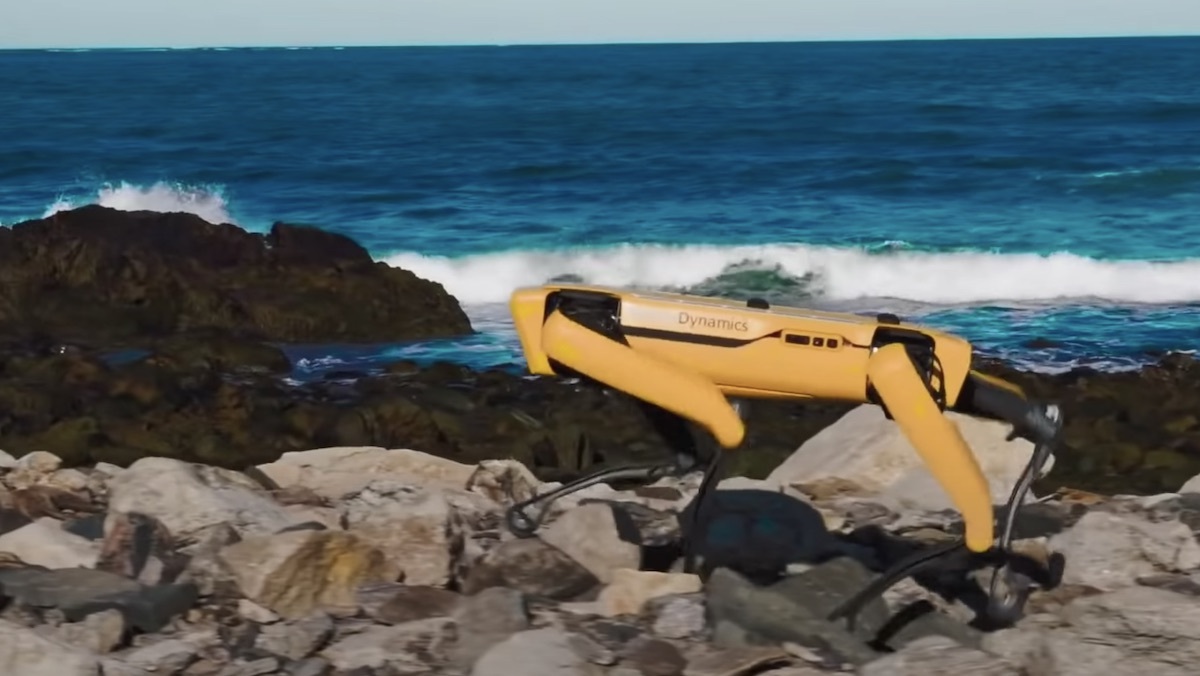 And while the baseline Spot Explorer “is designed for developers eager to explore how flexible mobile robots can be adapted for tasks ranging from industrial inspection to entertainment” and “comes ready to operate, right out of the box,” there are a litany of customizable upgrades available. They aren’t cheap either. One of the many payload options costs as much as $34,570.

Is that a lot? Obviously. And unless Spot shows up in an animal shelter looking for a home we won’t be getting one anytime soon. But after following his development for years, we don’t see that price as outrageous. That robot dog is one very good—very advanced—boy.