Everyone is cordially invited (is there any other way to invite someone to a tea party?) to ridicule poor Claptrap in the time-honored tradition of robot cosplay. Five people will dive dumpsters, sabotage their opponents, and build robot wizards in a race to… kill some time at high tea. Look, there isn’t anything major at stake in this card game (don’t tell Tina), but even Vault Hunters need something to do in their downtime. 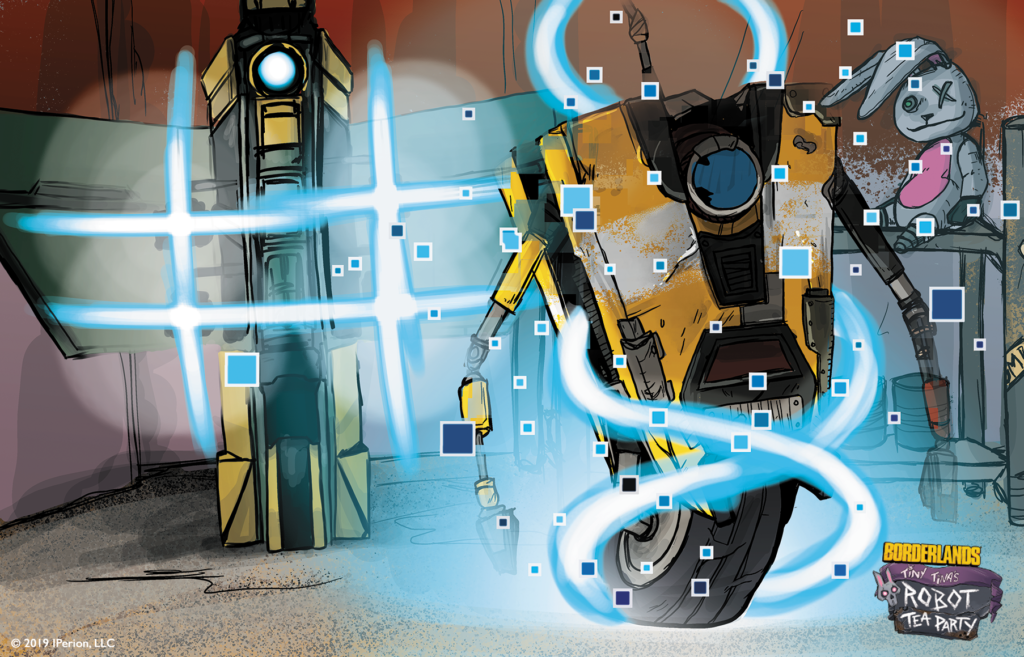 Many of us have played the ever-living-crap out of the Borderlands universe, and it’s great to see more engaging spin-offs that build upon it. The designer is Chicago based  XYZ Game Labs who have developed a reputation for entertaining and accessible party games that anyone can grab and play. In conjunction with Nerdvana Games and Gearbox, this new card game launches over at TinyTinaGames on March 28, 2019.

And if you’d like to know a few more details, don’t worry: we’ve had a chance to play…

The game at its core is simple. You start with one of 5 Claptrap bodies and a handful of cards. From there, you use the cards to dismantle the poor little guy and rebuild him as a Pirate, Sheriff, Gentleman, or (the most humiliating) Party Claptrap. Once you’ve drawn the right outfit and decked out your bot, the game ends and you’ve become Tiny Tina’s favorite guest. Of course, the other tea party attendees have no intention of letting you skate to fabulous victory. 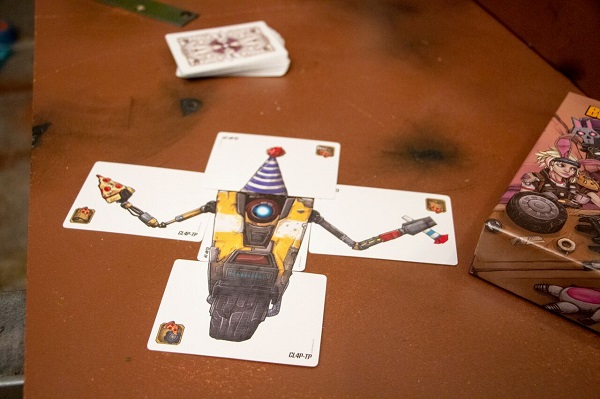 There are 21 action cards that allow you to dismantle other peoples robots, dive through the scrapyard for parts, or even call party fouls. The longer a round continues, the more action cards are used, sending everyone racing to the scrapyard for that lost Gentleman’s Monocle. There are only two copies of each part in the deck, so if you have five players it will be a mad dash to rip robot arms off of each other’s bot. The entire game (from start-to-finish) generally takes about 15 minutes and the box is small enough to fit in your con-kit. Perfect for when you’re waiting for panels or taking a break to charge your devices, this is a hell of an intuitive quick play game to pass the time. Much like the addictive old vintage French Auto racing game, Mille Bornes, Robot Tea Party follows in that style of fast rounds with a desire to a rematch.

Of course, this game is a bazillion times better if you actually have tea and biscuits whilst playing. 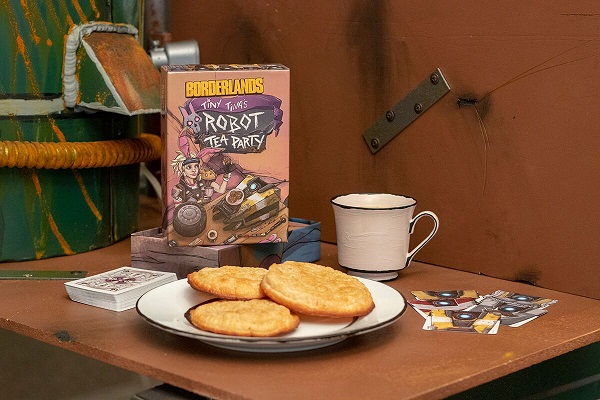