The Bootlace Worm Looks Like a VENOM Symbiote - Nerdist

A man living in the Caribbean country, Saint Lucia, recently posted the below video of a strange, alien-like creature to twitter asking “Anybody know what this is?” And the answer is apparently twofold: It’s a prime example of Lineus longissimus, a.k.a., a bootlace worm, as well as the closest thing to an IRL Symbiote that’s currently on this planet. At least in terms of appearance.

Anybody know what this is? pic.twitter.com/B2dQLTm4td

It’s unclear where exactly this particular bootlace worm came from. Presumably, on a beach in the discoverer’s home country. It kind of seems, however, like the normal “who, when, where, why” questions don’t really apply here. All that matters is understanding what in the MCU is this thing?!

According to its wiki, the bootlace worm is a species of ribbon worm. Ribbon worms, or proboscis worms, are often very thin (only a few millimeters wide), extremely long, and quite slimy thanks to their being greased in their own mucus. Of course one of the major defining features of ribbon worms in general, as well as Lineus longissimus in particular, is the possession of a proboscis; hence the alternative name. A proboscis is an appendage that, in the case of ribbon worms, shoots out of their heads to grab onto prey and pull it back toward their mouths. 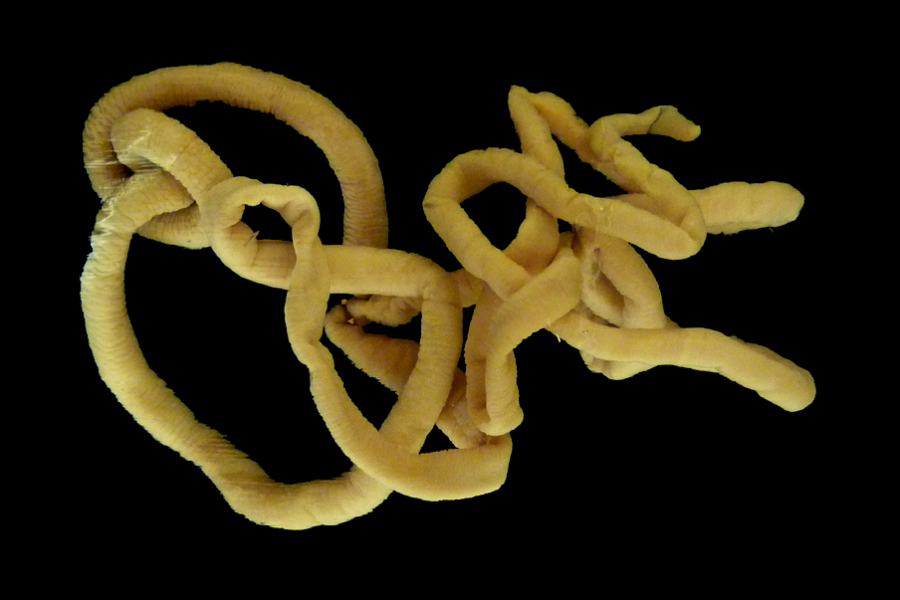 Another specimen of bootlace worm. Citron

The other particularly notable feature of the bootlace worm is that it is one of the longest—if not the longest—species on Earth. Lineus longissimus can grow up to 30-50 meters in length; there is evidence of one specimen from 1864 stretching out to 55 meters, or over 180 feet. For reference, the average adult female Blue Whale is roughly 80 feet long.

The bootlace worm’s sheen of mucus, like many other ribbon worms’, contains a neurotoxin that’s used as defense to ward off predators. This toxic mucus has been observed killing cockroaches and crabs, and may even have the potential to serve as an agricultural insecticide. Luckily, however, it seems that while ribbon worms are highly toxic, they are not toxic enough to be lethal to humans. Nor do the worms appear to possess humans and infuse them with superpowers, forcing them to become extremely buff villains.

When it comes to other creatures though, the bootlace worm is a certified worst nightmare. The excessively long worm has “a cluster of sticky filaments at the end of its proboscis that it uses to immobilize prey” and then consume it whole. Why, here’s a video of Lineus longissimus doing exactly that! Isn’t life an endless source of horror?

A bootlace worm feeding on its prey. Bruno C. Velluntini

What do you think about this particular specimen of Lineus longissimus? Do you think it’s more or less creepy than the Symbiote responsible for Venom? Worm your way into the comments, people!