You know when you watch a movie directed by Bong Joon-ho, whose last two films were Snowpiercer and Okja, certain things will be true. It will be interesting, it will look fantastic, and you’re going to be thinking about its ideas for a long time after you walk out of the theater. We don’t even need to see his next film to know all of that will happen again, because the first trailer for his new movie Parasite promises an unusual and unpredictable story about what happens when the rich and poor find themselves feeding off each other.

The Korean director’s latest film comes to U.S. theaters this fall, on October 11, and it looks as intense, weird, and unsettling as we’d hope. Described as a “pitch-black modern fairytale,” this trailer only hints at the story that will unfold.

“Meet the Park Family: the picture of aspirational wealth. And the Kim Family, rich in street smarts but not much else. Be it chance or fate, these two houses are brought together and the Kims sense a golden opportunity. Masterminded by college-aged Ki-woo, the Kim children expediently install themselves as tutor and art therapist, to the Parks. Soon, a symbiotic relationship forms between the two families. The Kims provide ‘indispensable’ luxury services while the Parks obliviously bankroll their entire household. When a parasitic interloper threatens the Kims’ newfound comfort, a savage, underhanded battle for dominance breaks out, threatening to destroy the fragile ecosystem between the Kims and the Parks.” 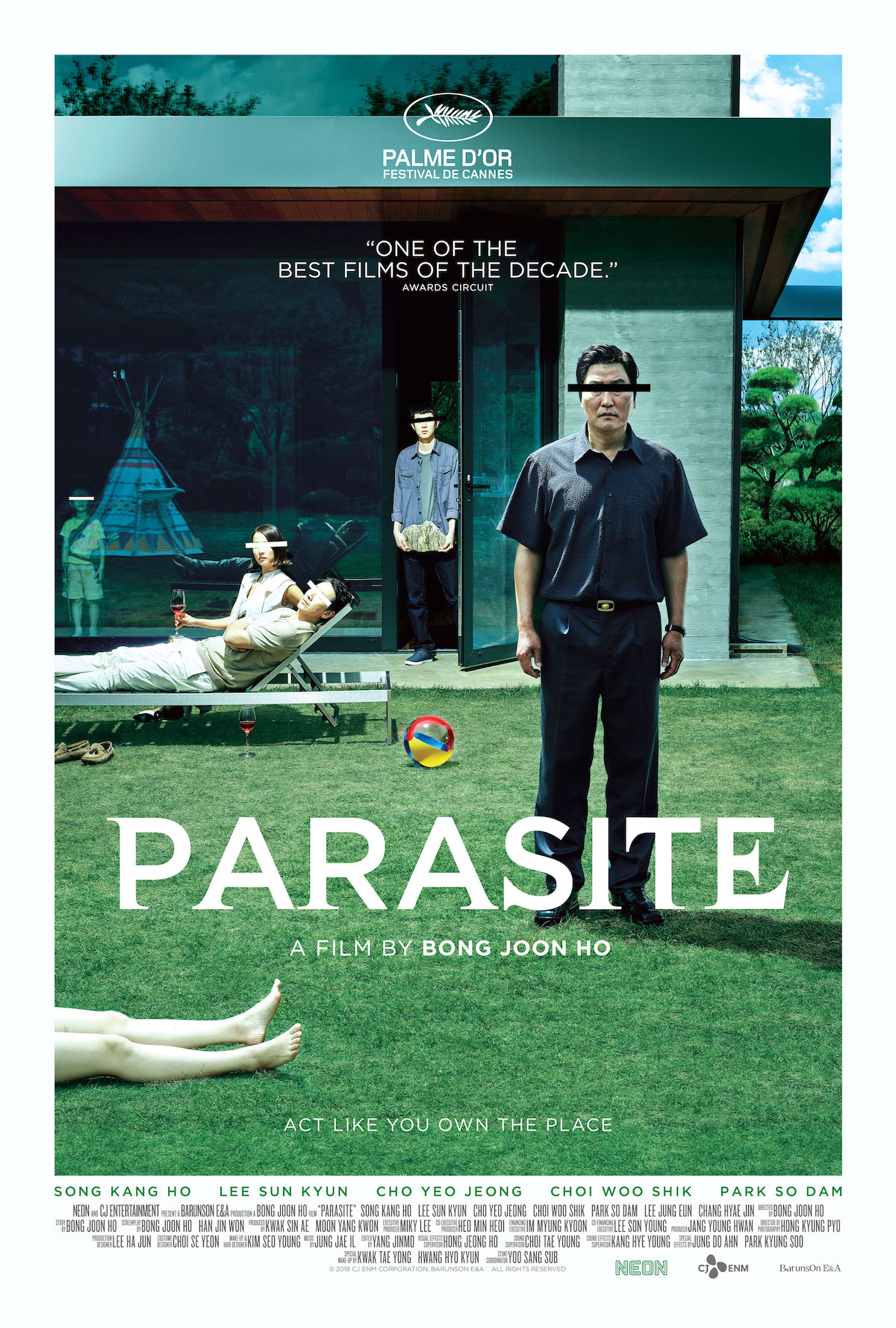 As if we couldn’t be excited enough for a movie from one of the most dynamic directors working today, Parasite comes with some incredible hype. It has already been a huge hit in Bong Joon-ho’s home country, and it won the top award at this year’s Cannes Film Festival, the prestigious Palme d’Or award, the first time any Korean director has taken home the grand prize.

Not that we’re surprised. It looks interesting and fantastic, and while we haven’t even seen it yet and we can’t stop thinking about it.