Watch Bob Odenkirk Get in Shape for His Action Film NOBODY

Better Call Saul‘s Bob Odenkirk is going full John Wick in his next big screen foray. The Mr. Show alum is adding “action star” to his long and varied resume with  Nobody, where he plays an unassuming father with a violent secret past that comes to the surface when he’s pushed too far. It might seem like an unlikely career more for Odenkirk. He doesn’t exactly look like The Rock or even Jason Statham. He looks like the dad from Little Women. But people doubted him when he made the move from comedy to drama too, and the skeptics have been proven very wrong.

He still had to put in a whole lot of hard, physical work for his latest role though. Being an action star means being in shape, and you can watch how he got his body ready for the part in a new behind-the-scenes featurette.

Men’s Health posted a video (which we first came across at /Film) showing Odenkirk’s intense training regiment for Nobody. He worked out with stunt actor Daniel Bernhardt to get his body into fighting shape (literally), with a variety of exercises that increased both his strength and stamina. That included: cardio, stunt conditioning, pullups, circuit training, and boxing conditioning.

If you’re looking to get into “Bob Odenkirk Shape,” which is a funny phrase even in context, you can find his full workout below. 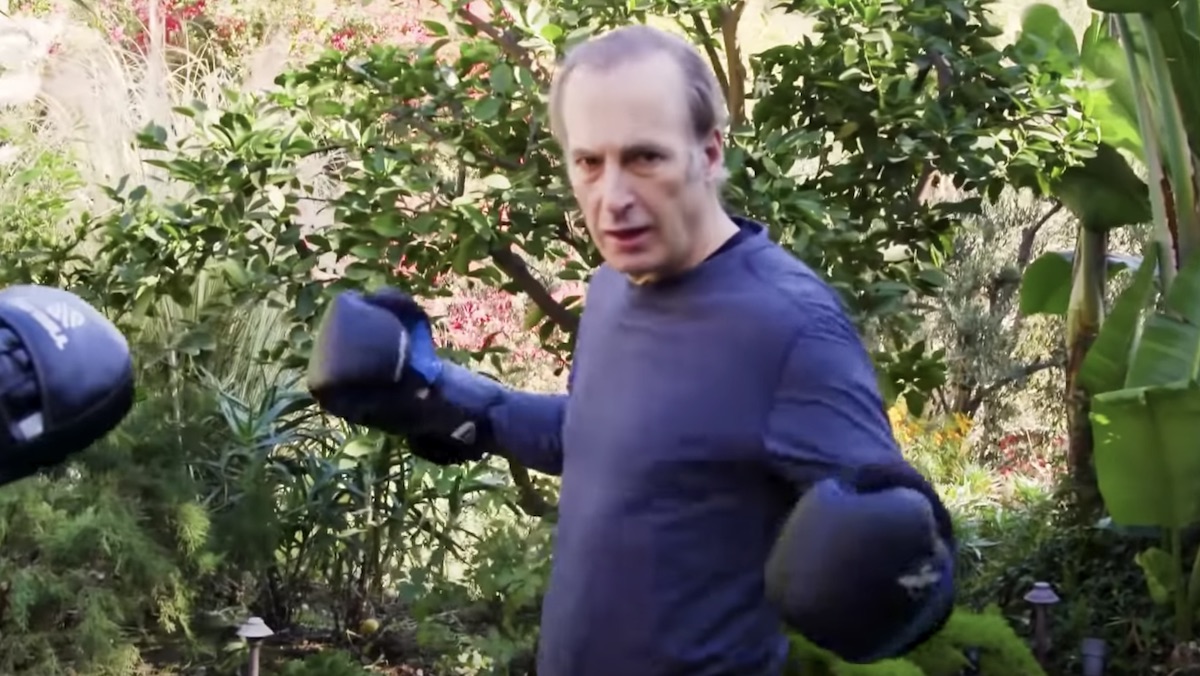 Bob Odenkirk won’t be confused with Chris Hemsworth anytime soon. Nobody wouldn’t work if he was though. His character needs to be believable as both a dad and a deadly assassin who can beat up anyone. That might be a tough role for most people. But if anyone can do that it’s him.

If you still doubt his talent though keep it to yourself. He can probably beat you up now.