The National Oceanic and Atmospheric Administration (NOAA) is set to launch an exploratory mission into a mysterious “blue hole” off the coast of Florida. The NOAA team exploring the hole will send divers in along with a “lander,” which will take various environmental measurements. And while blue holes are already an established phenomenon, this new one will likely still wow with a life-filled interior.

In a press release that comes via Vice, the NOAA outlined its expectations for the mission into the blue hole. Divers, and the lander, will conduct two expeditions into the large marine cavern, dubbed “Green Banana.” The two expeditions will take place in August of this year and in May 2021. Both the divers and lander will descend to the hole’s floor, which bottoms out at 435 feet below sea level.

Blue holes are, for anyone unfamiliar, underwater sinkholes that develop the same way their counterparts on land do. Meaning when water penetrates the ocean’s floor, and finds its way into soluble underlying rock, the rock is eroded. This eroded rock—which in this case is calcium carbonate rock—then leaves a gap beneath the floor that eventually opens up. (This kids explainer video gives a great summary of the process.)

“This will be the first time that we get to characterize Green Banana, so we are very eager to see how that hole might compare (chemically and biologically) to Amberjack,” Emily Hall, one of the expedition’s members, told Vice. The NOAA explored “Amberjack,” another blue hole off the coast of Florida, in May and September of 2019.

The video above, recorded during an expedition into Amberjack, gives a sense of what to expect from Green Banana. Green Banana goes 85 feet deeper into the ground versus Amberjack, and will provide obstacles with its hourglass shape. 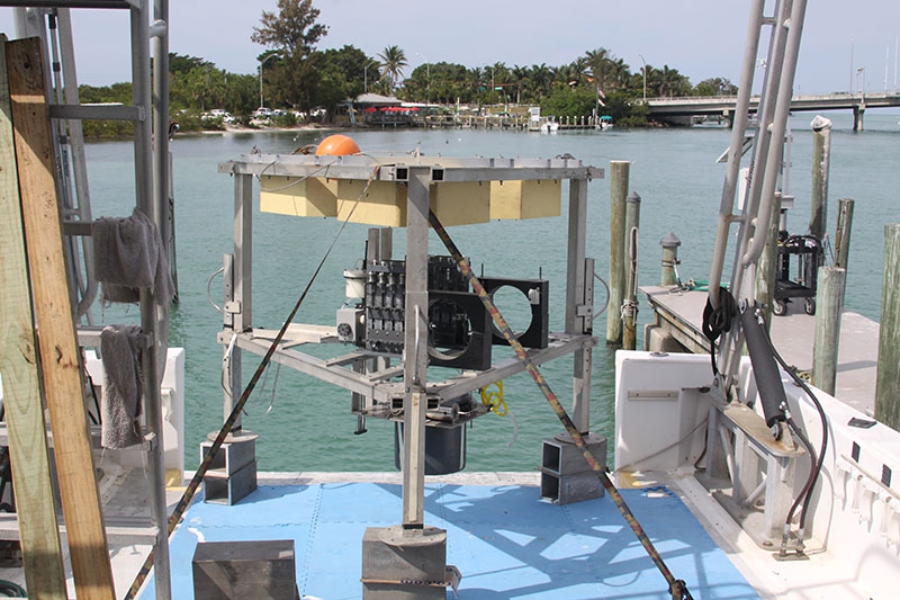 Regardless of the challenges, the NOAA team seems thrilled to be exploring the new blue hole. The NOOA consists of scientists from Mote Marine Laboratory, Florida Atlantic University, Georgia Institute of Technology, and the U.S. Geological Society. The scientists found life around Amberjack’s rim, as well as inside of it, and expect the same from Green Banana. The “benthic lander” will also take important measurements of any available nutrients and carbon-based compounds.

What do you think about this expedition into the Green Banana? Do you have any ideas about what the explorers will find? Let us know your thoughts in the comments!