THE BLOCK ISLAND SOUND Is Unnerving in the Best Way - Nerdist

THE BLOCK ISLAND SOUND Is Unnerving in the Best Way

There’s undoubtedly a lot going on in the world in 2020. We sort of have to compartmentalize everything within the vast ocean of crap that is the day-to-day just to keep from screaming. But one thing we can’t lose track of is how tenuous our hold on the natural world is right now. The McManus brothers’ new film The Block Island Sound feels very at home in this kind of atmosphere, a thriller that looks at every avenue of the feeling that “the world is out to get you,” and maybe otherworldly things as well.

Premiering Friday night as part of the 2020 virtual Fantasia Film Fest, The Block Island Sound is a chilling, slow-burn of a movie that lays everything on the shoulders of its cast. The relationships between the characters drive everything about the movie. When we get small snatches of strange and paranormal events, they feel all the more real because our characters feel real. Unexplained things happen in this small fishing community but when they happen to people we care about, it suddenly jumps from weird to scary. 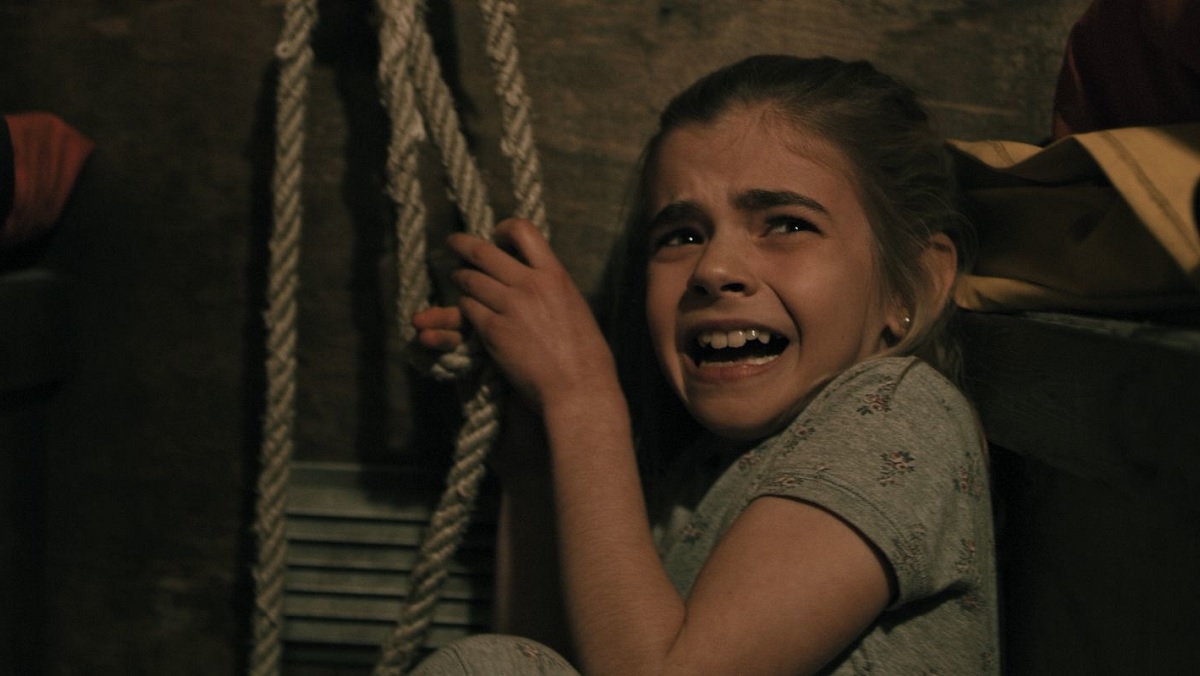 The film follows Harry Lynch (Chris Sheffield) who lives on the coast of Block Island with his father (Neville Archambault). Dad’s a salt of the Earth guy who slowly starts exhibiting signs of confusion, memory loss, and sudden, inexplicable anger. At the same time, Harry’s sister Audry (Michaela McManus), a marine biologist, returns to Block Island with her young daughter to investigate reports of fish behaving strangely. Audry notices all of their father’s strange behavior as well, which puts a strain on an already estranged relationship. And things get even more troubling when Harry starts down that same path.

The Block Island Sound works on the level of a fractious family drama first and foremost. Harry is the sibling who never left and seemingly has no prospects, while Audry is the sister who left and made good. Watching a parent’s mental capacity start to slip is something any adult can relate to, as is the fear that you, the progeny, might follow the same path. The inability to trust your own senses or memory is one of the scariest thing I could think of. What if you did bad things you couldn’t remember? 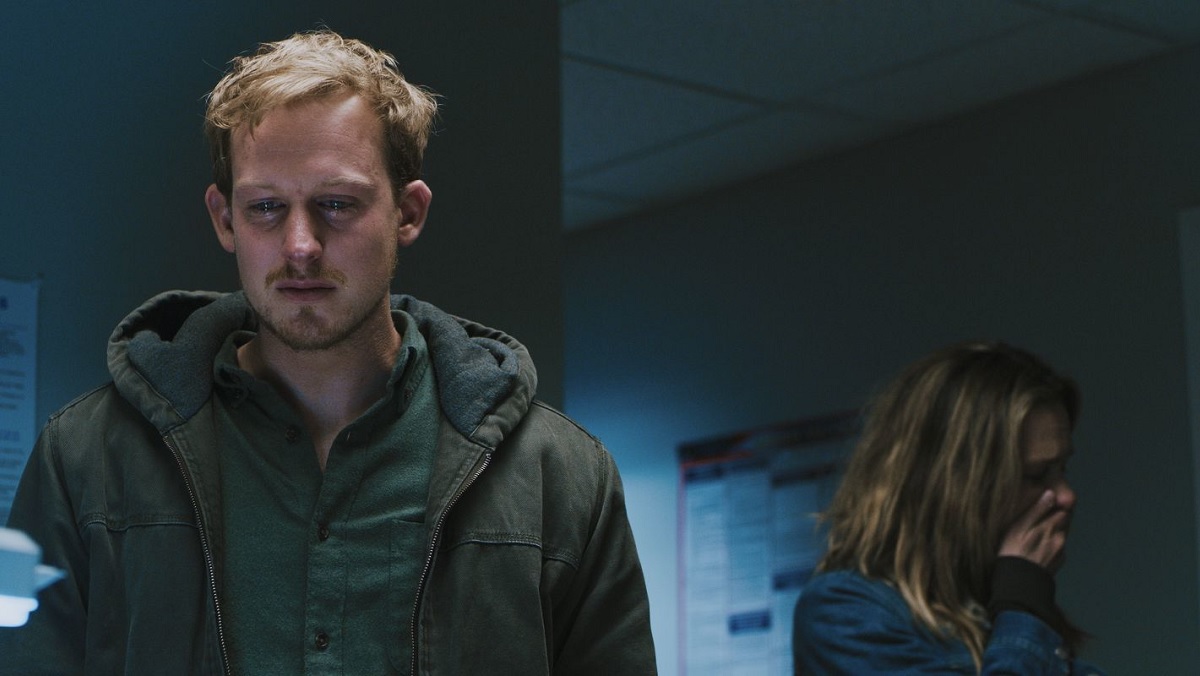 But it’s in the midst of this family drama that the McManus bros. begin to pile on the mystery. Fish beach themselves; birds fly head first into the ground, killing themselves on contact; and Harry and his father each get weirder and weirder around electronic devices. The beauty of these troubling events is just how much the filmmakers hold back. They never show us too much, never try to explain more than is necessary. Just like for Harry and Audry, part of the fear comes from not knowing, and not knowing they can trust themselves or each other.

I hesitate to get too specific about the plot because part of the enjoyment is going in relatively unspoiled. When the truth, such as it is, finally comes out, it’s supremely satisfying and earned. And again, it all works because it’s a paranormal mystery delivered through believable human drama executed with absolute emotional realism. This isn’t a movie about its sci-fi elements but about how real characters would deal with such occurrences. 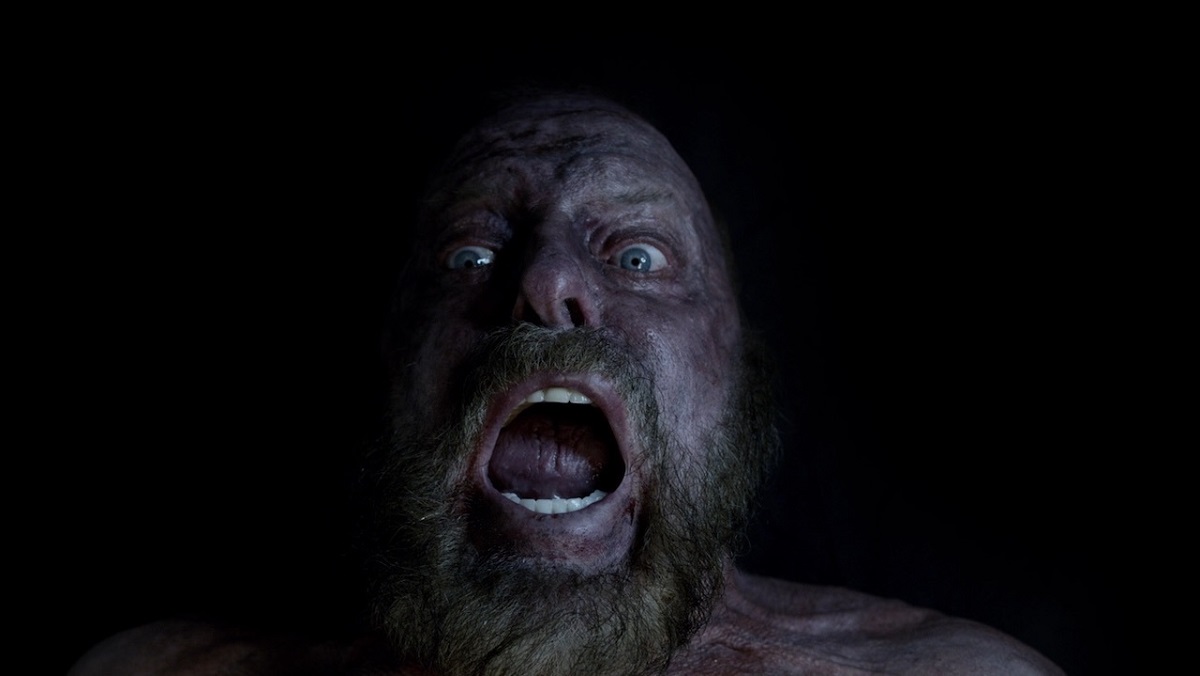 There are a lot of layers to The Block Island Sound and each one reveals something rewarding. Don’t miss this one if you get the chance. The movie will play again Tuesday at 11:10pm EDT ( info here).