Thirty years is a long time. It’s even longer on a dying planet full of humans and their bioengineered copies. Three decades after Rick Deckard retired his last replicant, Blade Runner 2049 showed us what happened to that world after the original film. Now, Adult Swim is going to show us what happened in between those movies. And the first trailer for the new anime series Blade Runner: Black Lotus shows just how violent a world it was during that time.

Adult Swim and Crunchyroll debuted the first trailer for their upcoming series at this year’s virtual San Diego Comic-Con. It capped off a panel moderated by Jason DeMarco, co-creator of Toonami and senior vice-president and creative director for Adult Swim. Co-directors Shinji Aramaki and Kenji Kamiyama joined DeMarco for the event. Along with executive producer Joseph Chou, voice director Wes Gleason, and Jessica Henwick. She voices Elle, the show’s main character, a replicant who refuses to be retired.

The panel provided plenty of insights into the show’s development and what fans can expect. That includes music from Grammy winner Alessia Cara, which will be featured in the series. It’s her song “Feel You Now” in the trailer. A trailer that introduces Elle and the deadly journey she’ll have to wage to stay alive during the 13-episode first season. Fortunately, she clearly has plenty of skills to navigate a planet even more dangerous than the one Rick Deckard left behind.

The panel also debuted new key art for the show, which included a great new poster. Although, like the show itself, you wouldn’t be faulted for thinking this Black Lotus poster was actually for a Blade Runner video game. 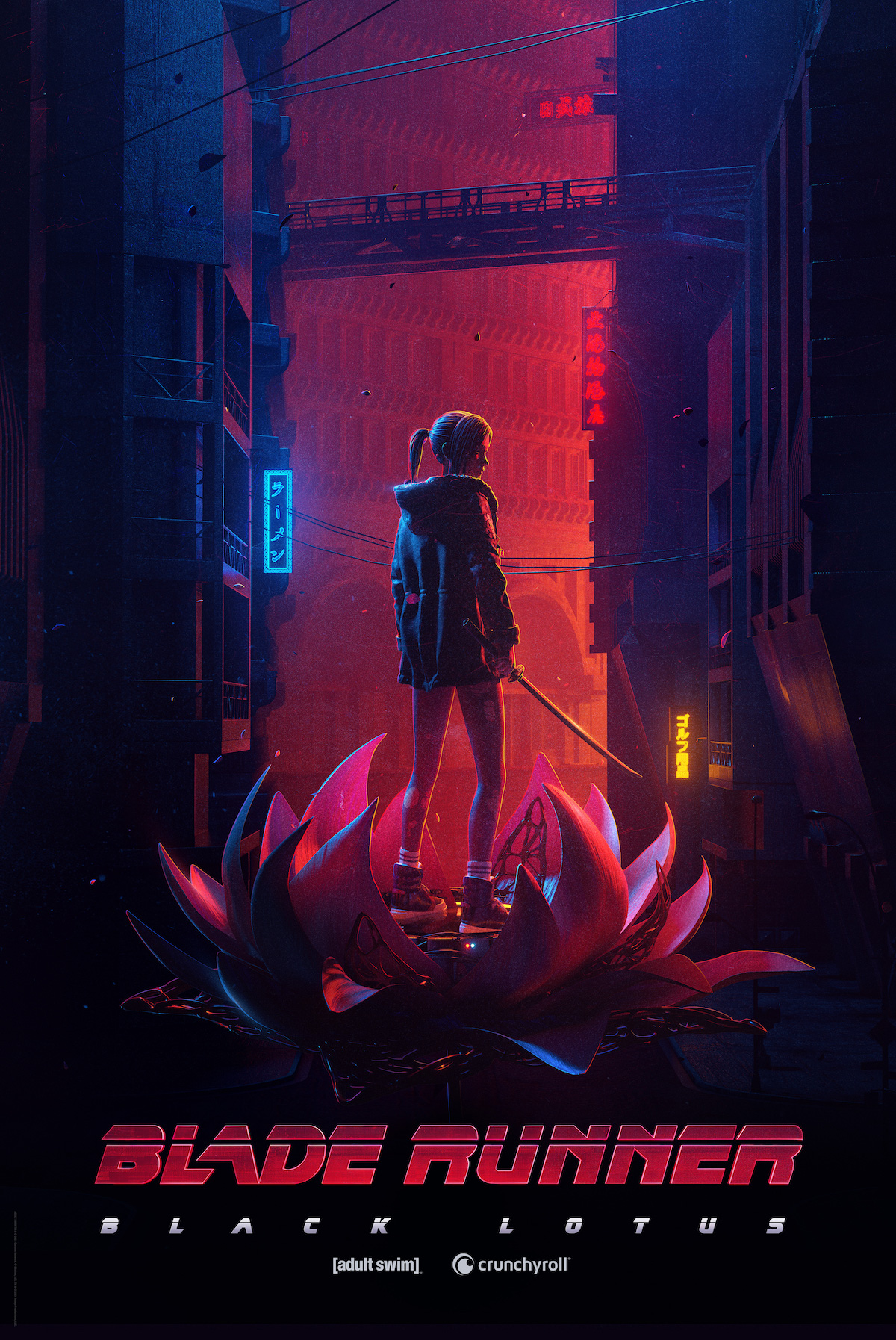 The series takes place in 2032. It will include a mix of new characters, along with some fans already know from the films. You can find a full list of characters and cast members here. Blade Runner comes out of retirement once again when Black Lotus debuts this fall.