It’s been a long time coming–52 years to be exact–but Marvel’s Black Panther has finally hit the big screen. Jack Kirby and Stan Lee‘s creation was the first Black superhero in mainstream comics and has long been one of the most beloved thanks to incredible contemporary comics from creators like Christopher Priest, Reginald Hudlin, and Ta-Nehisi Coates. After ten years and 17 films, the MCU finally has brought its first leading Black superhero to the screen, too, with Chadwick Boseman‘s T’Challa. The film premiered on Monday night, and the stars of the film were out in force to celebrate the world premiere of Black Panther. The invite to the premiere specifed a dress code: “Royal attire requested.” The nation of Wakanda did not disappoint on the purple carpet. Here are some of our favorite looks from the cast of the much anticipated new Marvel movie and premiere attendees. 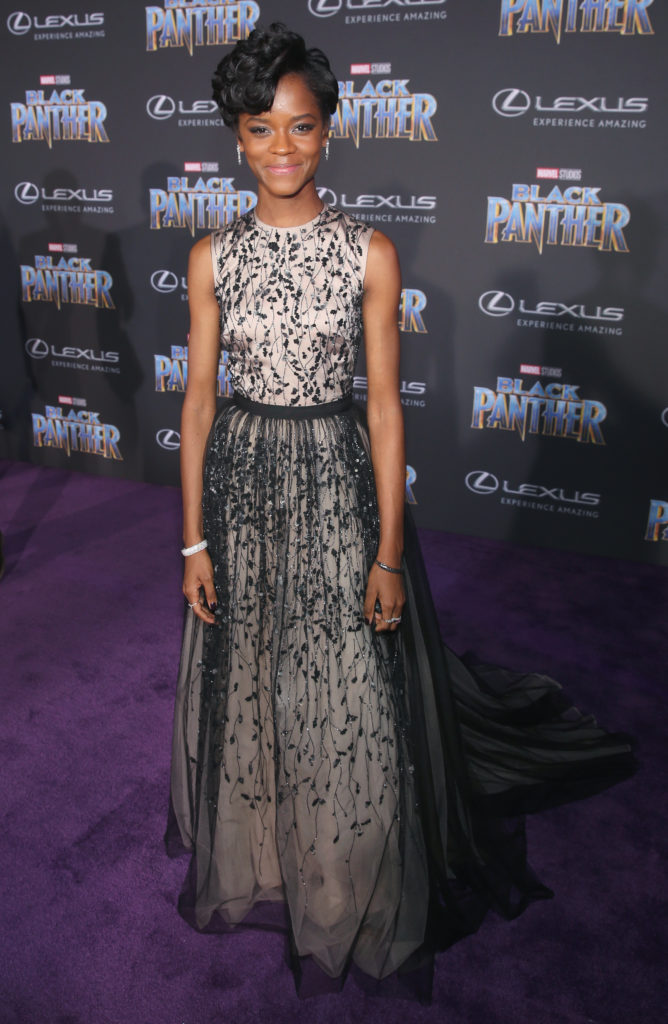 Letitia Wright killed it in this dramatic Bibhu Mohapatra dress, perfect for the Princess of Wakanda herself, Shuri. Her dynamic teen hero, however, is far more likely to be wearing badass gauntlets and creating high tech gadgetry for her brother than walking the runway. Oh look! It’s everyone’s favorite thespian and Best Actor nominee (for Get Out), Daniel Kaluuya! He rocked a traditional East African kanzu under a burgundy blazer, looking every bit like the second in command of the most technologically advanced nation on Earth just like his character W’Kabi. On screen and off screen queen, Angela Bassett looked divine as she walked the purple carpet at the El Capitan in this vintage fringed jumpsuit. Bassett plays Ramonda, T’Challa’s step-mother and the Queen of Wakanda, a close ally and confidante of T’Challa. 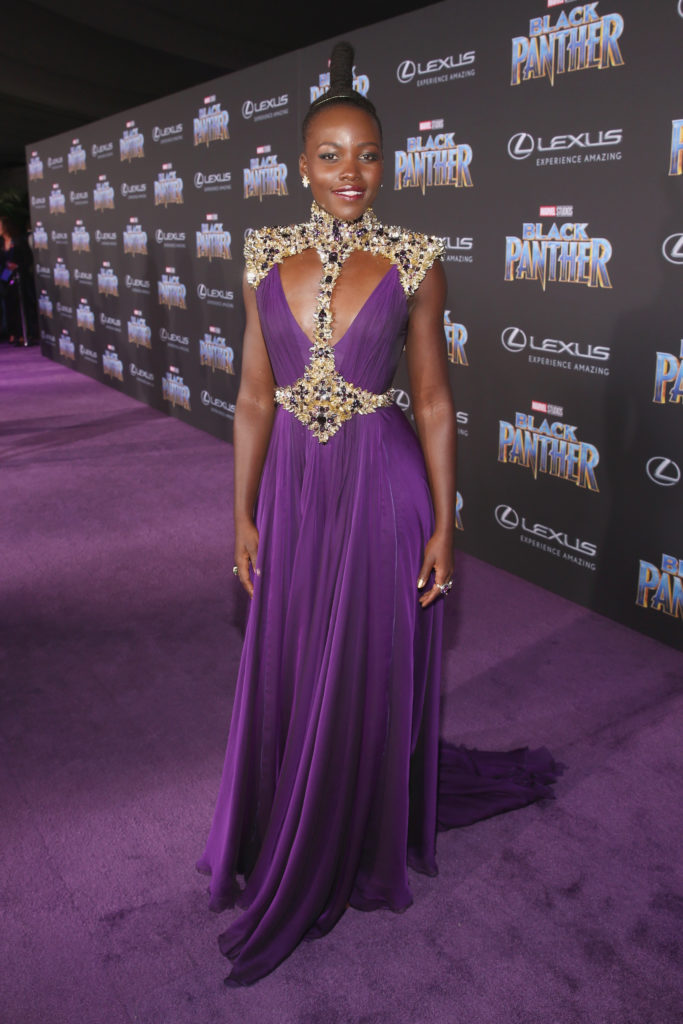 Lupita Nyong’o looks like royalty everywhere she goes, and the Black Panther premiere was no different. She owned the purple carpet in this unreal custom Versace gown which channeled the warrior spirit of her character, Nakia. She’s part of the Dora Milaje, Wakanda’s elite team of female bodyguards who dedicate their life to protecting the kingdom and the king. The Walking Dead‘s Danai Gurira wore a lush pink and black gown as she celebrated the world premiere of her newest movie. In Black Panther, Gurira takes the role of Okoye, one of the most loyal and skilled of the Dora Milaje who often fights at T’Challa’s side. Creative collaborators and blatant BFFs Michael B. Jordan and Ryan Coogler looked exceptionally dapper. Jordan has, if early reports are to be believed, given the performance of a lifetime as T’Challa’s adversary Killmonger. ALL HAIL THE KING! Chadwick Boseman arrived looking regal AF in a gorgeous gold and black blazer. The Black Panther himself, Boseman is at the center of Ryan Coogler’s afro-futurist epic as he tries to balance the responsibilities of being King of Wakanda as well as a superhero embroiled in saving the wider world of the MCU.

What were your fave Black Panther premiere ensembles? Who are you most excited seeing on screen? Just can’t wait til February 16? Let us know in the comments!

Extend your visit to Wakanda!