The first full-length trailer for Birds Of Prey and the Fantabulous Emancipation of One Harley Quinn (we’ll just call it Birds of Prey for the rest of this article, for simplification purposes) is here and we are so excited for this movie. After the events of Suicide Squad, Margot Robbie’s Harley Quinn is in a healthier headspace. She broke up with the villainous, abusive Joker–who got in her head and messed up her entire psyche. Here, Harley is not only dressed in a more female-gazey ensemble of bright, poppy colors, but she’s flanked by an army of women superheroes. We wish all breakups looked this fun!

Oh yeah, she also has a new pet hyena. In the comics, she actually has two, named Lou and Bud. We’re not sure which one this is–if either–but it’s enough to get us even more hyped for this movie. Hyenas! How fun!

About to show some teeth.

Here’s the full plot description for Birds of Prey:

After splitting with the Joker, Harley Quinn joins superheroes Black Canary, Huntress and Renee Montoya to save a young girl from an evil crime lord, Black Mask in Gotham City.

In addition to Robbie as the eponymous Harley Quinn, the film also stars Jurnee Smollett-Bell as Black Canary, Mary Elizabeth Winstead as Huntress, Rosie Perez as Renee Montoya, Ewan McGregor as Black Mask, and Chris Messina as Victor Zsasz. Jared Leto will not reprise his role as the Joker, but we do get a brief shot of Harley Quinn throwing knives at her traitorous ex-boyfriend in the trailer. This is satisfying on a whole number of levels. 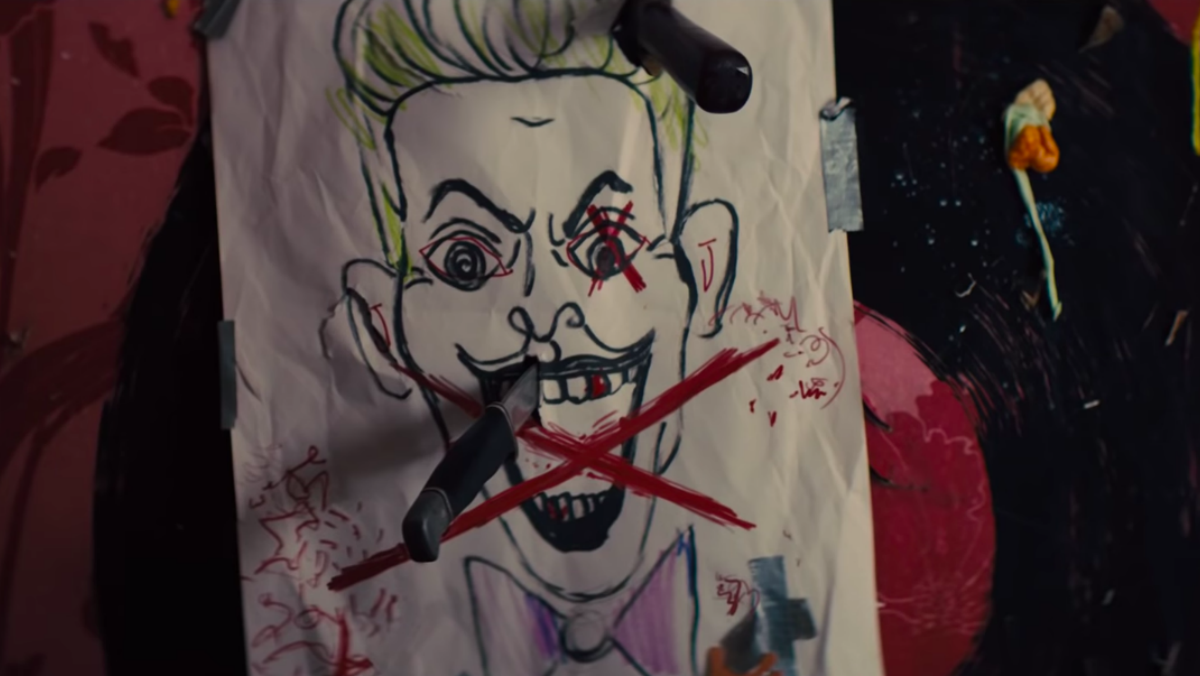 Birds of Prey is loaded with female talent not just in front of the camera, but behind it, too. Last Night‘s Cathy Yan is directing, Bumblebee‘s Christina Hodson is writing, and Robbie is co-producing along with Sue Kroll and Bryan Unkeless.

Robbie will next be seen in the role of Harley Quinn in James Gunn’s The Suicide Squad, a follow-up to the first Suicide Squad, which debuted to less than favorable reviews. Birds of Prey and The Suicide Squad, along with the Todd Phillips/Joaquin Phoenix Joker, show that the DCEU is taking some big swings when it comes to their superhero content. We have to respect it, since it looks like the end results are going to be insanely fun and filmmaker-driven. It also sounds like they’re taking fan reactions into consideration in a positive way, catering to more diverse audiences and getting a little weird in the process. We’re all about a franchise that isn’t content to play it safe, so bring on more projects like this, we say!

We’ll see how much it all pays off when Birds Of Prey and the Fantabulous Emancipation of One Harley Quinn hits theaters on February 7, 2020. Until then, we’ll have this trailer on repeat.