Releasing a superhero movie in 2020 is a far more complex endeavor than it once was. Fans are expecting nothing short of perfection, plus on top of the whole adapting a beloved property thing, there’s the expectation of any good comic book film to include a peppering of impressive Easter eggs. Luckily, for fans of such things Birds of Prey includes one of the coolest and most interesting blink and you’ll miss it moments that we’ve seen in an age. During our visit to London for the world premiere we sat down with the cast and director to break that down as well as to talk about bringing the rad roster of cool characters to the big screen!

When Nerdist attended the world premiere of the movie we made sure to keep our eyes peeled for all the easter eggs that we could possibly spot and while the film was filled with awesome DC references there was one that stood out and showcased just how much the crew behind Birds of Prey know their stuff. As Rosie Perez’s Renee Montoya prepares for the team’s final battle against Black Mask and Victor Zsasz you can see a blurry clown-like figure on the small TV in her room. If you know the deep-cut history of Harley Quinn then you may recognize the moment as a clip from Days of Our Lives which is the unexpected influence behind the beloved comic book character. 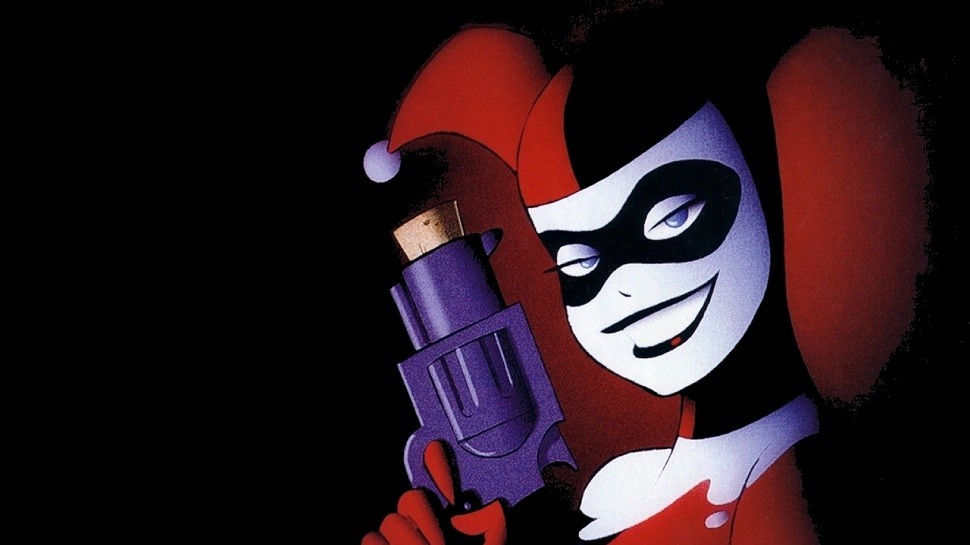 The original scene featured in the popular daytime soap as a dream sequence which featured Arleen Sorkin dressed as a Harlequin and it was according to creators Paul Dini and Bruce Timm what led to the pair creating the character. The influence of this moment was further proven by the fact that Sorkin would be the first person to voice Quinn when she debuted. Both Yan and Robbie were happy that we noticed the inclusion, Including these nods and homages for the fans who would be coming out to watch the film was incredibly important to both of them.

You can watch the full clip that inspired the character of Harley Quinn in Batman: The Animated Series, and which can be momentarily spotted in Birds of Prey below:

Whilst we were in London for the press junket, we also chatted to the cast about bringing the Birds of Prey to life. And, naturally, they gushed about the massive amount of fun that they had putting them on the screen. It’s clear that Margot Robbie is deeply connected to the anti-heroine at the center of the movie and that finally getting the chance to have full creative reign over her is a dream come true. Her co-stars were clearly just as enamored with the characters they were bringing to life from Mary Elizabeth Winstead and her exploration of trauma and humor via Huntress, Rosie Perez’s experience bringing the first gay superhero to the screen with Renee Montoya, and Jurnee Smollett-Bell’s action-packed journey as the group’s only metahuman Black Canary.