Watching Birds Feed in Slow-Mo Is Enlightening and Hilarious - Nerdist

Watching Birds Feed in Slow-Mo Is Enlightening and Hilarious

As anyone who’s spent five minutes watching nature documentaries can tell you, seeing animals do stuff in slow motion is awesome. There’s just something about watching a cat leap or bugs take off in slow motion that’s endlessly enthralling. Birds, likewise, put on a great show when their rapid movements are slowed; one that’s both enlightening and pecking hilarious.

In the videos above and below, photographer Jocelyn Anderson shows off a couple different bird species eating in slow motion. Anderson’s YouTube channel actually has a seemingly endless number of slow-mo feedings, although the one above, which comes via Laughing Squid, has been Anderson’s most popular so far.

“[Oftentimes] smaller birds move too quickly for the human eye to catch the details of their movements,” Anderson says on her channel. But, with just her iPhone, she’s able to “record their flight and…antics while they select their snacks of choice.” 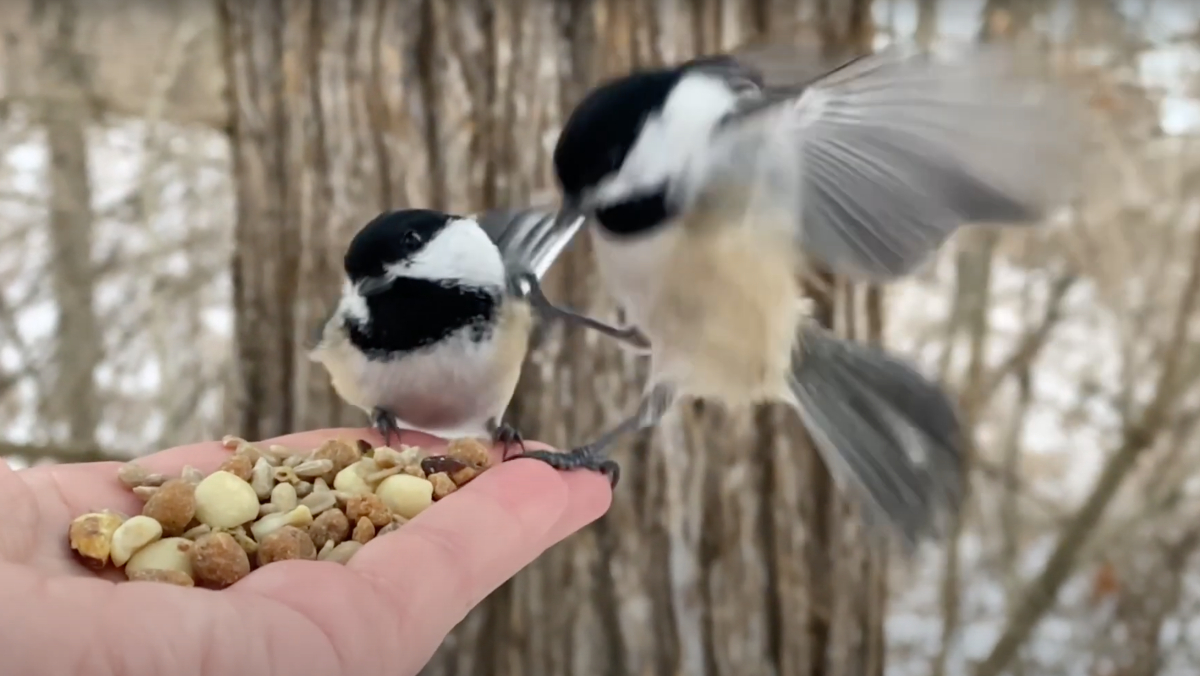 Anderson, who lives in Michigan, says she finds these birds at a particular park, where they’re commonly fed by hand. The birds are subsequently quite friendly, and obviously don’t think twice about Neck-flicks and snacking on someone’s open hand.

In the video up top, Anderson feeds a red-bellied woodpecker in slow motion. And while seeing the bird in flight by itself is pretty cool—it looks like a little, feathered missile for a while there, right?—seeing how much this clip has actually been slowed down will blow your mind. (Here’s a video of a woodpecker eating at normal speed for comparison.)

And the video immediately above contains what is simply one of the funniest bird moments of all time. An incredible claim to be sure, but watching one black-capped chickadee kick another one into the air in slow motion is undoubtedly comedy gold. Make sure you have the sound on for the full effect though.

Anyone who wants to let slow-mo birds further mesmerize them should definitely take a look at Anderson’s other videos. Along with being fun and educational, many of them are also ridiculously cute. The little Tufted Titmouse in the video below takes the cake though, along with our hearts. And what looks to be a hazelnut?