How Netflix's BIRD BOX Differs from the Book - Nerdist

How Netflix’s BIRD BOX Differs from the Book

by Lindsey Romain
Netflix‘s new movie Bird Box is a post-apocalyptic horror story about a mysterious phenomenon that causes humans to spontaneously take their own lives after glimpsing strange creatures that have appeared out of nowhere. That’s really all you need to know about the plot heading into the film, as the nature of the mystery is best left unknown. But if you’ve read the book it’s based on, written by The High Strung’s Josh Malerman, then you’re already armed with plenty of knowledge about where things are headed. And yet, like most adaptations, things get shifted around or completely lost in translation from text to screen. The film follows the same basic structure as the book, but certain characters, plot elements, and, most notably, the ending are reconfigured.

We can’t get to everything, as there are a lot of small things changed here and there, but here are all of the major differences between Bird Box the book and Bird Box the film. 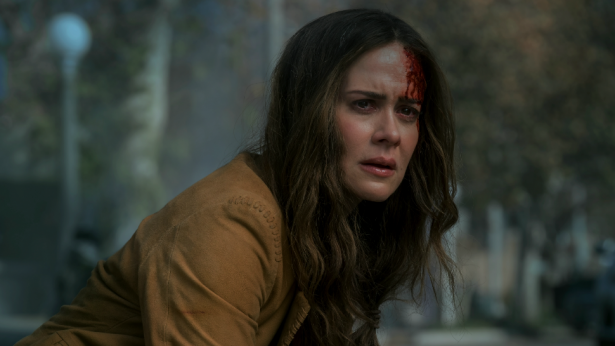 In the book, the mass suicides have more of a trickle effect. They begin in Canada and the upper peninsula of Michigan before slowly creeping south. (The movie also changes the setting from Detroit to California.) They also start out as small reports, more like whispered rumors, rather than a clear and immediate crisis. In the movie, however, the creatures’ sudden appearance is a global catastrophe that spreads like wildfire in a matter of hours. This alters Malorie’s storyline with her sister (named Shannon in the book and Jessica in the film); in the book, they barricade themselves inside their home until the day Shannon kills herself and Malorie takes off on her own. In the film, Jessica (Sarah Paulson) kills herself as she and Malorie (Sandra Bullock) are driving home from an OBGYN appointment.

In the book, Malorie gets pregnant after a one-night stand and isn’t able to contact the father. In the movie, it’s implied that Malorie’s former live-in boyfriend “Ryan” is the father of her child. He has recently moved out and she’s dealing poorly with his absence, which is the partial cause of her sullenness.

In the movie, Malorie holes up with a group of survivors in a nearby house after her sister dies. Their names and personalities vary from those in the book, but the most notable change is Doulgas, played by John Malkovich. Douglas is a loud-mouthed know-it-all who cares only about himself, and who uses the apocalypse as an excuse to drink heavily and indulge in his own nihilism. Though he’s somewhat obnoxious, he’s often the house’s voice of reason. This character doesn’t exist in the book at all. 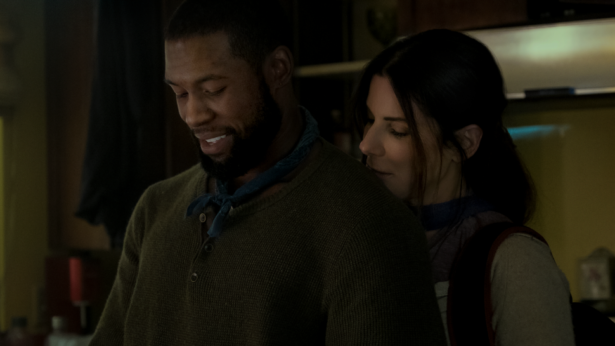 In the book, Malorie takes an instant liking to a survivor named Tom, the de-facto leader of the group who frequently goes on missions outside of the home to gather supplies. He is exposed to the creatures by the duplicitous Gary (who is mostly the same in the book and film) and dies when Malorie is giving birth. In the film, however, Tom (Trevante Rhodes) plays a much larger role. He lives with Malorie and helps her raise her son and Olympia’s daughter, whom they call Boy and Girl. (In the book, this makes a little more sense; Malorie, distraught and somewhat crazed after the traumatic arrival of the creatures and the loss of her group, refuses to give them names as she considers them an unnecessary luxury in this new reality.) They have a romantic relationship that lasts for five years, until a group of infected survivors show up and kill him.

In the book, shortly after giving birth and after the rest of her group dies, Malorie is contacted by a man named Rick, who tells her about another refuge and gives her specific instructions on how to get there. It takes Malorie four years to train the children for the journey, her relentless survivalism and blind hope driving her along. In the film, Malorie raises the kids with Tom with no intention of journeying elsewhere until they’re radioed by Rick (Pruitt Taylor Vince). With Tom dead and no hope for survival, Malorie and the children head to this supposed sanctuary. 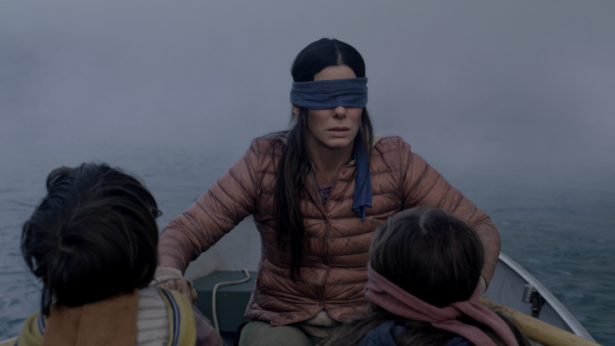 The strangest change from book to film is the titular birds. In the book, Tom keeps birds to use as a “warning,” like the old “canary in the coal mine” trick. On her journey with the children, Malorie uses them as lookouts of sorts; when they eventually go crazy, she realizes the creatures are near. In the film, however, Malorie finds three birds in a cage at a grocery store on a supply run and takes them with her, forming a sentimental bond with the animals. They somehow live for five years, and she brings them on her journey with the kids. They never go insane or die, although they are sensitive to the creatures. They are more like a symbol of hope in the film, rather than a device to avoid the creatures.

The end of the film and book are mostly similar, with one grisly difference. In the book, when Malorie and the children arrive at the school for the blind where Rick and a group of survivors live, she’s found that many of them intentionally blinded themselves to survive after a creature got in. “It’s how we used to do things,” Rick tells her when she fears they’ll take her children’s eyes. In the film, this detail is left out entirely. Instead, they arrive, find an almost heavenly sanctuary, and everything ends happily. In both versions, the conclusion feels a bit too easy, but maybe we’ve just grown too used to grim endings in sci-fi stories. Maybe we, like Malorie, deserve some dang hope for once.