After the success of Netflix’s adaptation we can’t say we’re blindsided by this news, but it should still open some eyes in the literary world. A follow-up novel to Bird Box is coming this fall, and it won’t be leaving the original book’s main character to fend for herself.

Take off those blindfolds and get ready to face your worst fears once more, because author Josh Malerman told Esquire that later this year, on October 1, the sequel book to his 2014 dystopian horror novel Bird Box will be hitting stores. There’s not much mystery as to whose story he will continue to tell though. The second book’s title is Malorie, the name of the original novel’s main character. This will be a direct follow-up that answers what happened to her after reaching Rick’ refuge site. 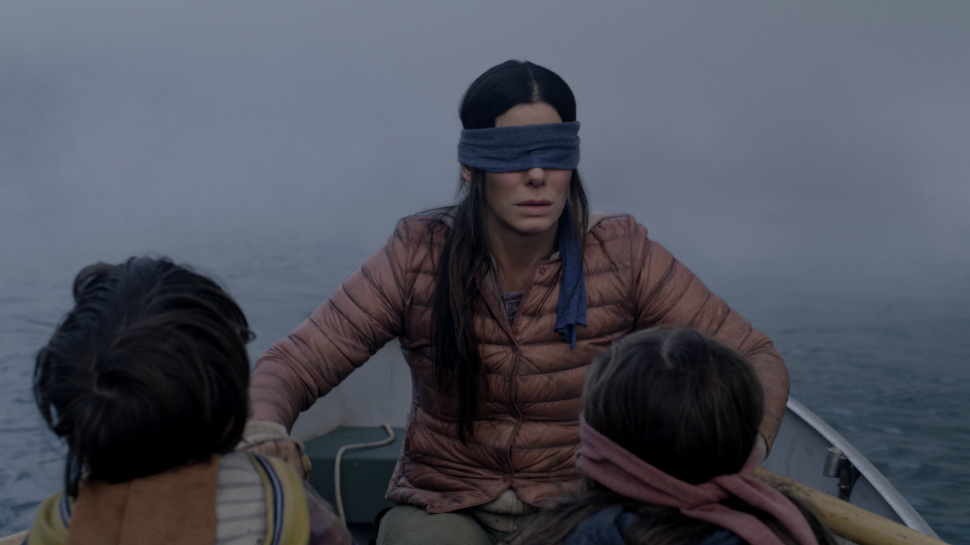 Malerman actually credited Netflix’s film, which starred Sandra Bullock as Malorie, with inspiring him to tell more of her story. After watching the movie with his girlfriend he said he found himself wanting to know what happened to the brave mother next, and his better half pointed out he was the person who could make that happen, so he is answering his own question.

While a world where monsters are terrorizing mankind by manifesting as their greatest nightmare is rife for telling other peoples’ stories of survival, Malerman said this is Malorie’s story. He even said that while he constantly hears from fans asking happened with Boy and Girl, their story is not what he is concerned with. That doesn’t mean fans won’t get any answers to the fate of other characters from the original book, but we should expect this story to be told entirely from Malorie’s point of view Even if her point of view is blindfolded.

As for Netflix, does this mean a sequel to their movie? We’ll have to wait and see, but our bet is we’ll see it eventually.