Watch This Video Comparing the Size of the Largest Stars - Nerdist

Watch This Video Comparing the Size of the Largest Stars

The YouTube channel Kurzgesagt has teamed up with “Writer, infant,” Tim Urban for a video comparing the size of the largest stars ever detected. This short tour of the increasingly huge stars not only delivers the goods in regards to whoa-worthy stats, but an existential reminder to boot. Namely that our Sun (and everything revolving around it) is really tiny in the grand scheme of the universe.

Kurzgesagt, which is responsible for countless videos like the one above, recently posted the star comparison to its channel. The channel has teamed up with Urban—an avid explainer of difficult topics himself—not only for the video, but for an app as well. Urban refers to the app as a “little brain playground,” and is available under the name Universe in a Nutshell. (The app is three bucks, but it’s a real treat for space nerds.)

As the narrator notes in the video, the aim of this comparison is to answer the questions: What is the largest star in the universe?; Why is it that large?; and What are stars anyway? And while the video undoubtedly does answer those queries, it’s the stellar stats that’ll really make your mind go supernova.

ICYMI, we and @Kurz_Gesagt made a little brain playground called Universe in a Nutshell. 250 illustrated objects, all exactly to scale, each containing a mini blog post. You can get it here:

The video compares the sizes of the smallest stars (red dwarves) all the way up to the largest (red hypergiants) by radius, as well as by mass. For example, the video notes that the most massive known star is R136a1, which is 315 times as massive as the Sun and nearly nine million times brighter. Stephenson 2-18, on the other hand, is largest by sheer volume, with a radius approximately 2,150 times larger than the Sun’s. To travel around the behemoth star would take you 8.7 hours at light speed. On board the fastest plane ever built: 500 years.

There are tons of other great factoids and cosmic revelations in the video, although the interplay between mass, density, volume, and brightness is perhaps most fascinating. It’s that interplay that results in two stars laying claim to the title of “biggest” star in the universe. For now, anyway. 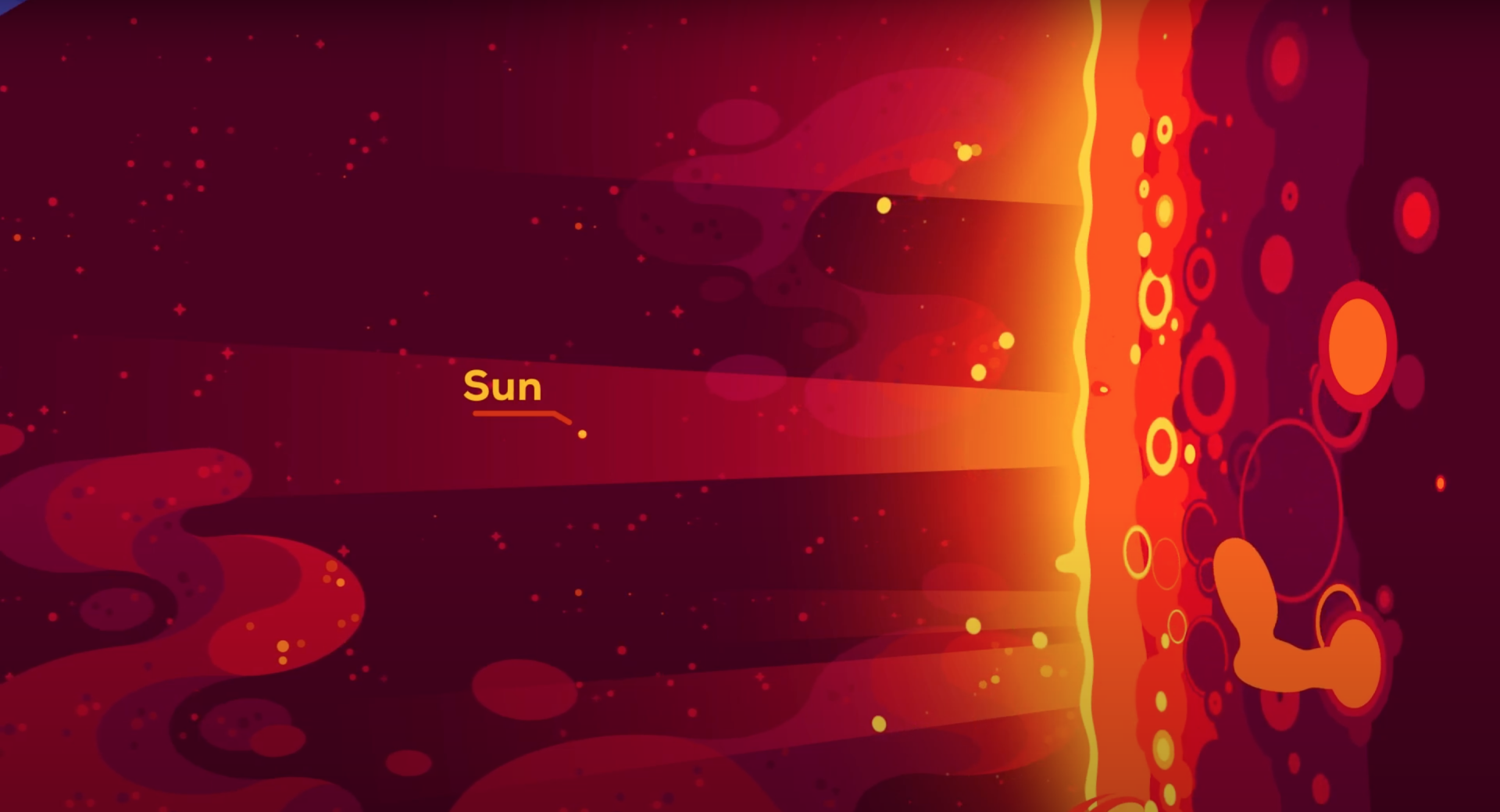