This Big Boomerang Is Truly the Lord of the Wings - Nerdist

This Big Boomerang Is Truly the Lord of the Wings

Boomerangs are a source of social distancing fun that anyone can enjoy. There’s something extremely soothing about seeing one zip through the open air, take a smooth turn and come flying back to its thrower. It’s truly a simple yet interesting marvel of physics. Most boomerangs are pretty compact with a specific V-like shape but this super-sized version is unlike anything we’ve ever seen. It’s not only the size of a small child but it also makes two entire circles with one throw.

The boomerang, which is aptly named “Lord of the Wings,” came to our attention via Digg. A YouTube video, originally from boomerangsbyVic, shows the massive tool in action as it is tested in real-time. The speaker knows it will make its literal rounds but he’s also pretty determined to catch it as well. He reveals that it is about three feet tall and stands in a open field to give it a shot.

It flies completely around him throughout several tries but, unfortunately, he didn’t get the catch he was looking for. This didn’t necessarily happen because the boomerang went way off course. It actually came close to him a couple of times but its presumably hard to catch a big boomerang and try to hold onto a phone while recording. 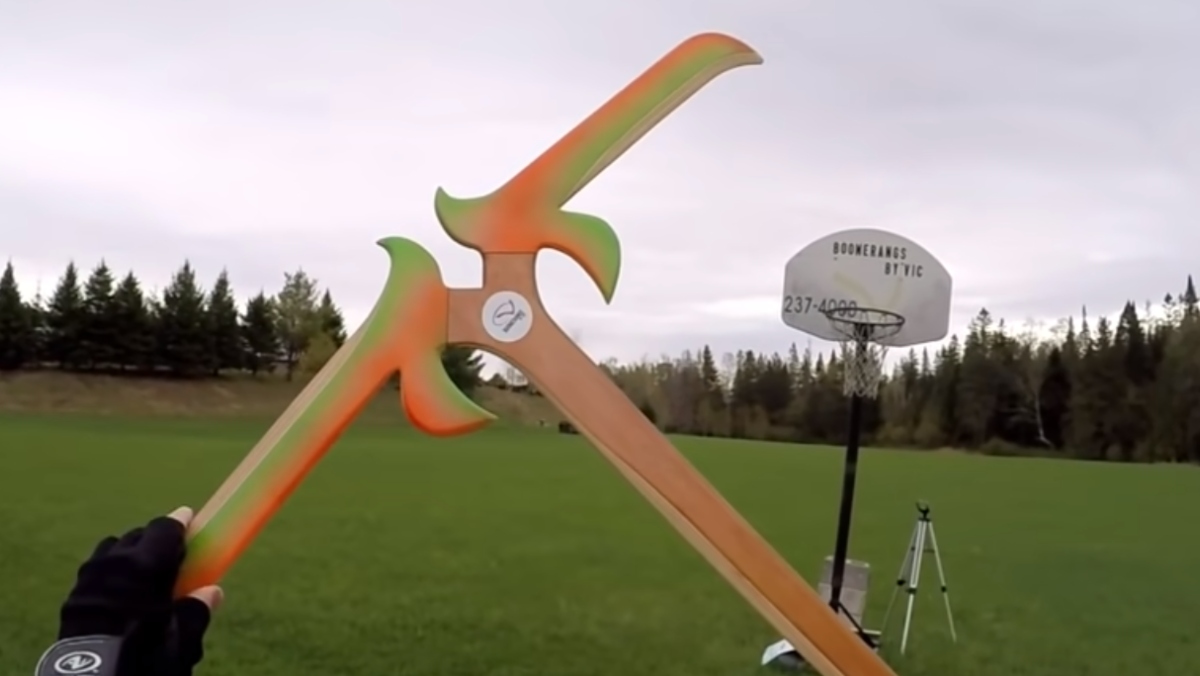 There’s no indication that this boomerang is for sale or if it now boasts an upgrade. (The original video was released in 2015.) But it certainly makes you want to put together your own flying contraption to conduct your own battery of tests. And why not? It’s nearly Spring time and most of us are anxious to go outside and do something, ANYTHING right now.

In the meantime, we can play this video on a loop and watch Lord of the Wings dominate the sky.