If you’re going to take a ride to McDonald’s for approximately eight trillion calories of fat, sugar, and salt, you may want to get in a workout before hand. But why go to the gym for the pre-feast when you could take a bicycle-powered car to the fast-food restaurant and kill two birds with one stone? The hosts of the YouTube channel Life OD did just that and things turned out great! Even after a cop pulled them over.

Laughing Squid picked up on Life OD’s automo-cycle jaunt to their local McDonald’s. In the video above, AJ and his crew show how they turned a Honda Civic into a bicycle-powered vehicle. And while we’re not sure what the inspiration was for the project, this experiment is well in line for the channel, which has a penchant for messing with cars in bizarre yet brilliant ways.

The bicycle-car works, more or less, the way you’d expect it to. The back wheel of the bicycle—built for two—connects to the car’s right, front wheel via a pulley system. As AJ and his colleague churn away on the bike pedals, its chain link transfers energy into the pulley system, which in turn turns the car’s wheel. (There’s a lot of turning in this build.) 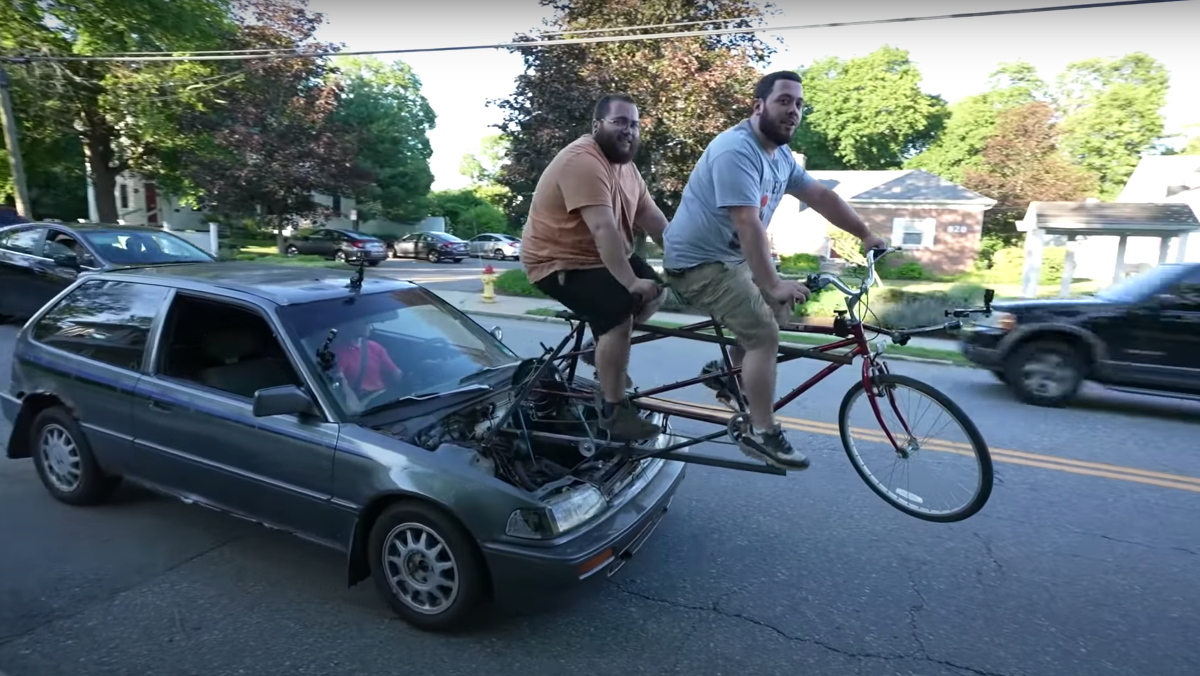 As for the trip to McDonald’s, things go shockingly well. The YouTuber-mechanics are able to hit 2mph, and steering the vehicle is seamless. What appear to be dozens of people also whip out their phones to record the sight as it passes by. At the speed of… a very feisty tortoise?

Things come to a climax after the crew adventures to McDonald’s, when a police officer pulls them over. Despite the clear traffic violations, however, the cop mostly seems intrigued; indeed, the first words out of his mouth are “I’m wondering what this is,” rather than “you are now under arrest,” etc. etc. Which seems like even more reason to consider this bicycle-car as a pre-McDonald’s workout. There’s no better way to get your heart rate up than with a traffic-cop encounter, after all. 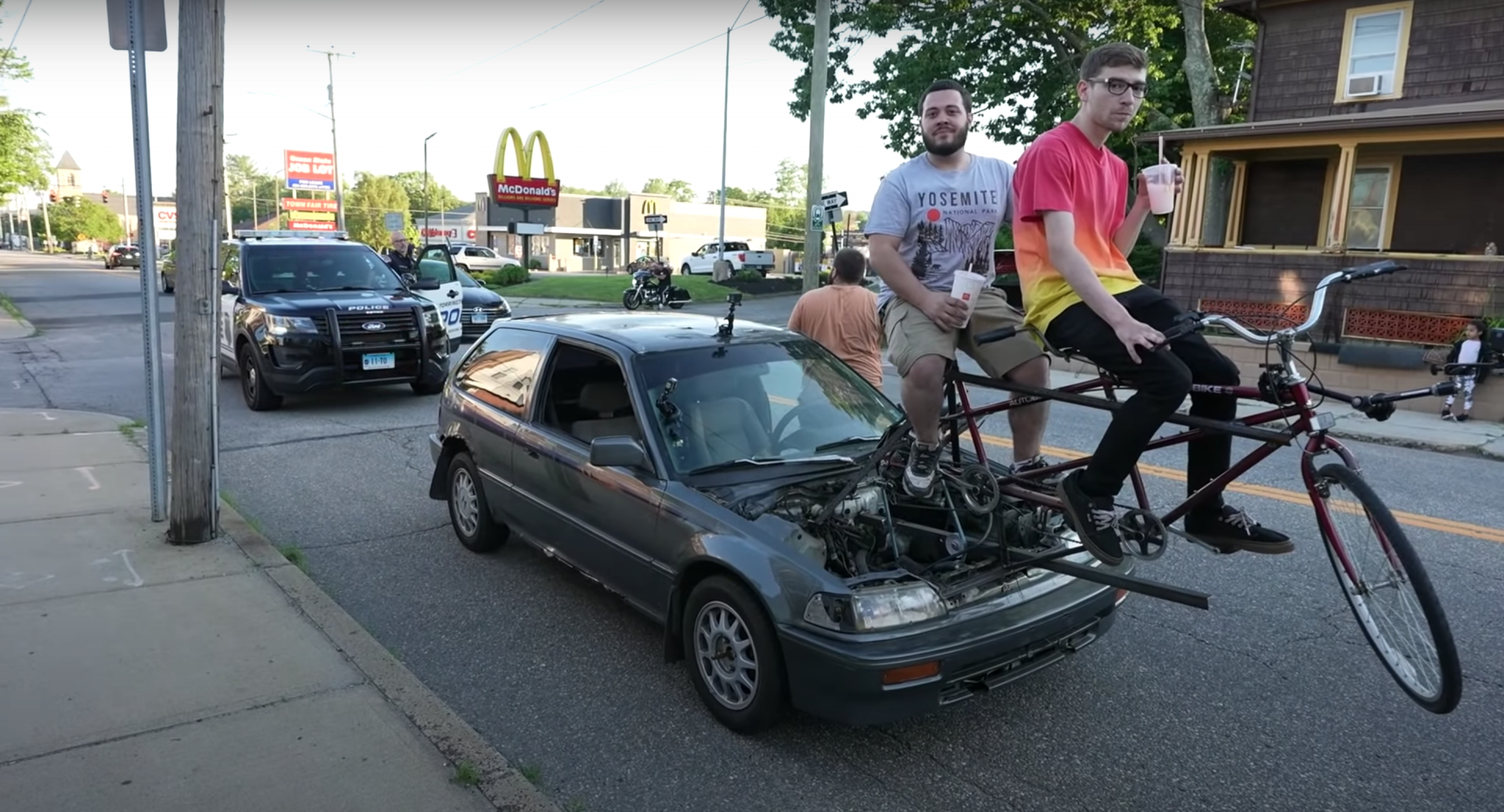