Beyond RISK: Check Out These Five Awesome Area Control Games

Published in 1959, Risk continues to entertain gamers everywhere. However, the game isn’t without its flaws and, like Monopoly, it can devolve into hours of mindless dice-chucking.

Thankfully, modern board games have implemented the area control mechanism into more engaging and streamlined gameplay, with themes ranging from fantasy to steampunk. Here are a few to consider for your next game night.

Designer Bruno Cathala reimplemented his action selection mechanism from Citadels in a sci-fi steampunk setting and produced an instant area control classic. In Mission: Red Planet all players have the same action cards in their hands, but they can play them at different times to get their astronauts onto the rocket ships, fly them to Mars, or move them around the Red Planet. As you conquer areas, you’ll gain resources and points. And it’ll be tough to resist the urge to go “Pew! Pew! Pew!” as you send your opponents to the Lost in Space Memorial. 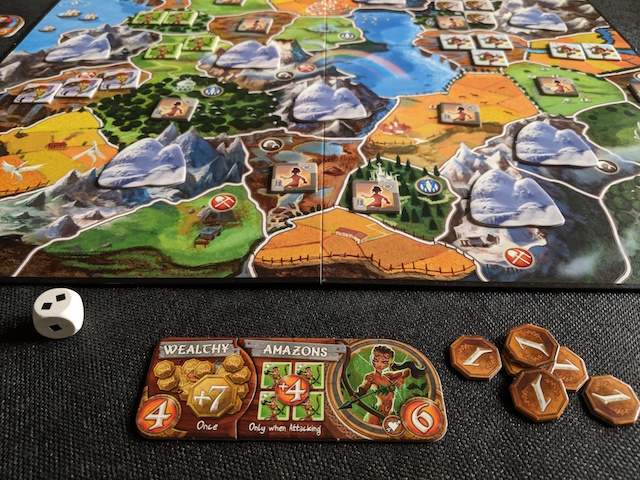 Of the games on this list, Small World is the most similar to Risk. It takes the basic area control mechanism and incorporates it into its fantasy theme. You and your opponents play two races, such as dwarves, elves, orcs, and more, and each has a special ability. You seek to expand your empire into adjacent territories and depending on your race’s special ability, your occupation total and point scoring will differ. But what sets Small World apart from Risk is that your races eventually go into decline and lose their influence on their areas, forcing you to decide when to drop one race and choose another for your ongoing quest. 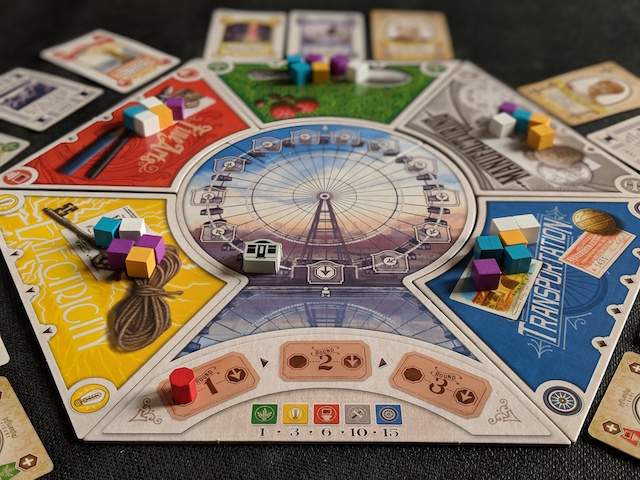 In a time when America was on the brink of new and exciting advances in technology, manufacturing, and other fields, you’ll attempt to get your exhibit proposals into the World’s Fair. As you gain control of the different areas you’ll convert your proposals into point-scoring displays. Combining area control and set collection, World’s Fair 1893 is an underrated and overlooked game that appeals to new and veteran gamers alike. Bonus: it features some of the most educational text you’ll ever find in a deck of cards. 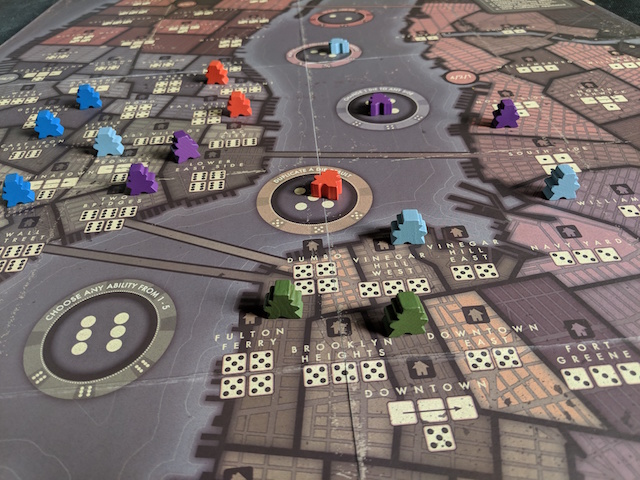 Nothing beats making an offer your opponent can’t refuse and you’ll be doing plenty of that in The Godfather: A New Don. Each turn everybody rolls a fistful of dice and depending on who’s the godfather for the round, they’ll take some of those dice. Use your remaining dice to place your mobster meeples in various 1940s New York neighborhoods. Of course, a few of them might end up sleeping with the fishes, but don’t worry: they’ll give you extra abilities for your other workers. 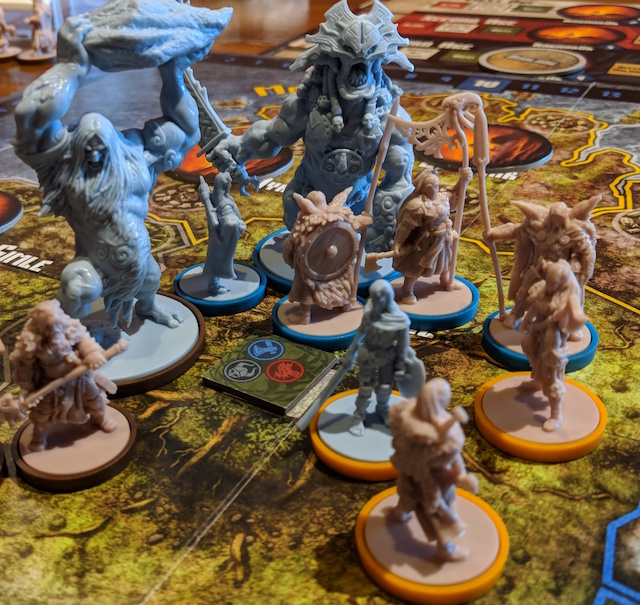 One of my favorite games of all time, Blood Rage is an absolute masterpiece; smooth, elegant, and the perfect amount of game for 90 minutes. Set in the take-no-prisoners world of raging Vikings, you’ll draft cards every round and use them to move your forces into the different provinces on the board, attempting to crush your enemies, fulfill quests, and get to Valhalla. Ragnorak occurs at the end of each age and destroys a province, making the game board shrink and often forcing your opponents into a final climactic battle in Yggdrasil.