Some horror movies employ a slow burn. They start quietly and carefully build tension scene by scene until they crescendo with a nightmare finale. But other horror movies grab us immediately with a truly terrifying opening. Before we’ve even had our first Raisinets, they let us know what we’re in for with beginnings that set the tone for the film and stay with us long after it ends. There are many horror movie openings but a select few have done it better than anyone. And those films hold a special place in cinematic history. To celebrate them, Nerdist staff picked the best opening scenes in horror movie history. 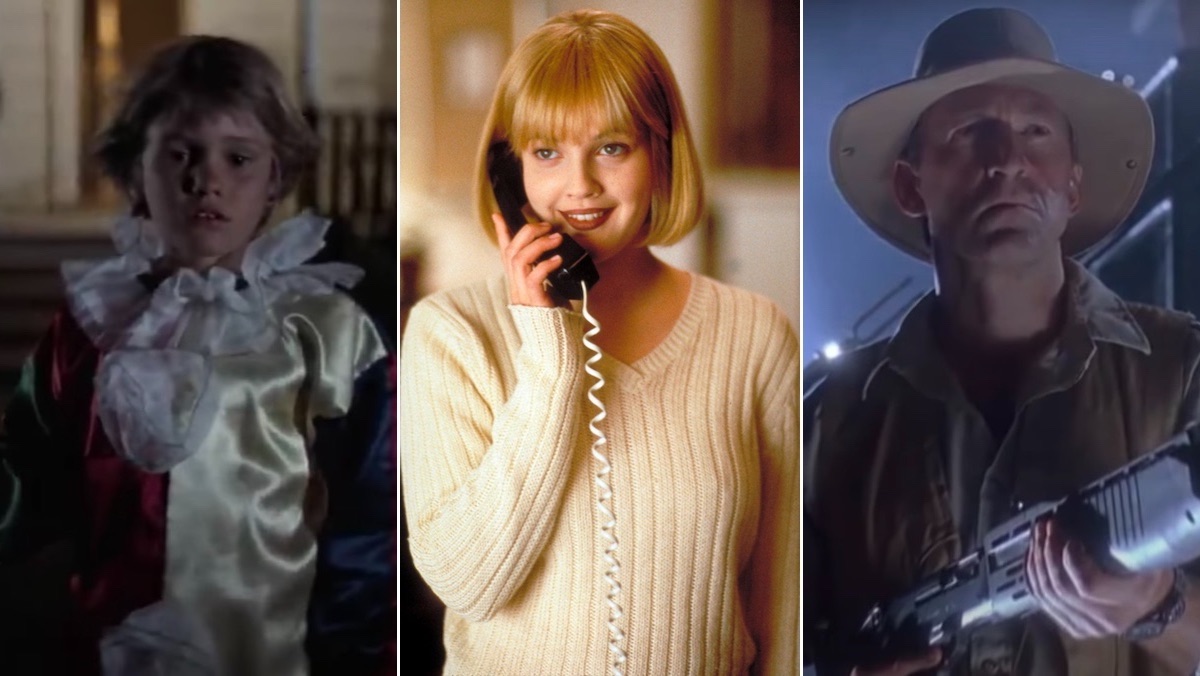 Tai Gooden: Get Out is a brilliant examination of the discomfort that Black people feel outside of our safe spaces. The legitimate fear that being the “only one” or “out of place” puts us in imminent danger. Andre’s kidnapping plays into this brilliantly, allowing him to be the audience surrogate in this brief yet effectively terrifying opener. The quick shift from hoping he will find his way to safety to seeing him attacked and dragged into a man’s car while Flanagan & Allen’s “Run Rabbit Run” plays is unnerving and nauseating. For a Black person, it’s our worst fear. For others, it is a window into the unprovoked hostility and attention we often feel while simply existing. And for all of us, it sets the stage for a film that examines racism, subjugation, fetishization, and more in a body horror narrative.

Eric Diaz: Although I think of Jaws as an adventure film with horror elements, without a doubt the opening scene is one of the scariest ever in film history. Without a single mechanical shark in sight, Spielberg finds a way to create pure terror as nighttime swimmer Chrissie meets her fate in the form of a hungry Great White. To this day, her unheard screams for help in her final moments send chills down my spine, in a way very few horror scenes do, because it feels so damn real. If there was an Oscar for “most believable death,” it should have gone to Susan Backlinie.

Mikey Walsh: It Follows’ monster isn’t terrifying because it wears a scary mask or carries a deadly weapon. It’s a true nightmare because it slowly and relentlessly tracks its prey. All while often taking on the appearance of a normal stranger or loved one only a future victim can see. But that ghoul is at its scariest before we ever learn what it really is. The movie opens with a perfectly paced, hauntingly scored shot of an otherwise peaceful suburban street. A girl we do not know, yet instantly care about, runs from her house in undergarments and heels from an invisible monster. Her fear is palpable as she assures her family of her safety. All while we know something terrible is coming for her.

While we never see her death following a sad farewell message to her parents, made from a beach where the tide rolls in endlessly like the killer she knows is coming. Her mangled body lets us know exactly why she was right to be so scared. This incredible opening scene lets us know what will follow for the rest of this unsettling film.

Kyle Anderson: Even when it’s just showing credits over a black screen, Dario Argento’s Suspiria starts to ratchet up the tension. The main theme from Goblin is equal parts music box and industrial saw. Rattling the nerves and creating dread. The colors pick up immediately as Suzy makes her way out of the airport and into Argento’s nightmare world. But that’s just mood and color, the stark red and blue of gels over lights. What makes the beginning of the movie the best in horror is the dream-logic deaths of two characters we only meet briefly.

The girl Suzy sees running away in the rain, meets her fate by a pair of disembodied eyes outside her window, along with a sudden, violent thrash of a hand. Stabbed in the heart, thrown through plate glass, and hanged via telephone wire in a matter of seconds, this death is brutal and vibrant. And her friend’s demise, impaled with pieces of the plate glass, just proves the maestro of horror isn’t messing around.

Meaghan Kirby: It goes without saying, really, that Scream has one of the most iconic opening scenes in all of cinema. But for this list, I’ll reiterate that particular stance. The scene is the stuff of legend: The increasingly menacing phone calls; the abandoned Jiffy pop roasting on its foil in the background; Drew Barrymore giving us an iconic scream queen performance in just 10 minutes!

It’s an homage to When a Stranger Calls with a delightfully brutal twist, signaling the many tributes to beloved horror films and tropes to come. Casting one of the biggest movie stars, sticking her front and center on all marketing materials, and brutally murdering her at the top of the film—what a move. So many others have since tried to pull off similar stunt casting shenanigans. But few have come close to sticking the landing.

Amy Ratcliffe: Leaves rustle amid filtered light. Strange animal noises permeate the air. A team of wranglers looks nervous AF. Jurassic Park may not be a pure horror movie, but the 1993 film’s opening scene sure causes terror. The few minutes showcasing the transport of a deadly velociraptor set the movie’s tension and hints at the danger ahead. It makes sure the audience knows from the beginning that the dinosaurs John Hammond shows off so proudly are not cute pets. Just beneath the wonder of these creatures’ existence lies danger and a longing for human-flavored snacks. The chilling raptor screams, Robert Muldoon’s desperate “shoot her,” and John Williams’ ominous music with its increasing tempo etched this scene into my memory.

Rosie Knight: A young man (C. Thomas Howell) drives down a rainy highway, his eyes closed as he tires from the long drive. He’s awoken by a massive truck that almost runs him off the road. It’s a terrifying moment, but nothing compared to what’s coming. After his brush with death, he picks up a hitchhiker, played with devastating ferocity by Rutger Hauer. Two people inside a car in a storm shouldn’t be able to instill the kind of fear that Hauer and Howell do. But as the former torments the latter by playing a demented game of mind control, there might not be a scarier sequence in cinema. However, it’s when Hauer says, “That’s what the other guy said,” as Howell asks, “What do you want?” that you know you’re really in trouble. Hauer might never have been better than playing this cinematic sociopath.

Silence of the Lambs

Rotem Rusak: Though Hannibal’s presence looms over the film, The Silence of the Lambs belongs to Clarice. Throughout the movie, the scales fall from her eyes, as it were. As she faces evil in its most overtly horrifying and most quietly mundane forms. And while she purportedly has allies as she heads into these battles, at the end of the day she is solitary in her fight. The opening scene of The Silence of the Lambs perfectly conveys this uneasy tension. As Clarice runs alone in the woods, a sense of crawling dread fills the screen. We feel she is being watched because we are watching her. And something, it seems, is about to go very wrong.

Despite this, Clarice runs on, unbothered by her position alone and vulnerable as we perceive her to be. She forges on, confident in herself and her strength, even as the ominous music picks up its pace and birds and wild animals chatter in the trees. The opening sequence concludes with the iconic shot of Clarice entering an elevator full of men. Overtly othered but determined nonetheless to carry on. No safer within the halls of the FBI than she is without.

Tai Gooden: Everything about this opening scene (and its scary score) confirms why John Carpenter’s Halloween is the foundation of slasher films. It transpires through the POV of what we believe is a voyeuristic stalker, lurking in the darkness and waiting for the optimal time to attack a young couple. But the Pandora’s box of horror opens quietly, revealing the shocking hand of a child grabbing a butcher’s knife. Those terse minutes stretch on with you knowing where this will likely go, but endlessly curious about how it will get there. The clown mask slipping over his face, obscuring the most heinous parts of Judith’s murder, and his heavy breathing as he trudges back downstairs is a chilling, unforgettable masterpiece.

But, it’s the last shot of a small blond Michael Myers wearing a bright Halloween costume, staring listlessly and holding the knife with his sister’s blood on it, that packs the biggest punch retrospectively. We witnessed the birth of a silent, relentless, and enduring killer. 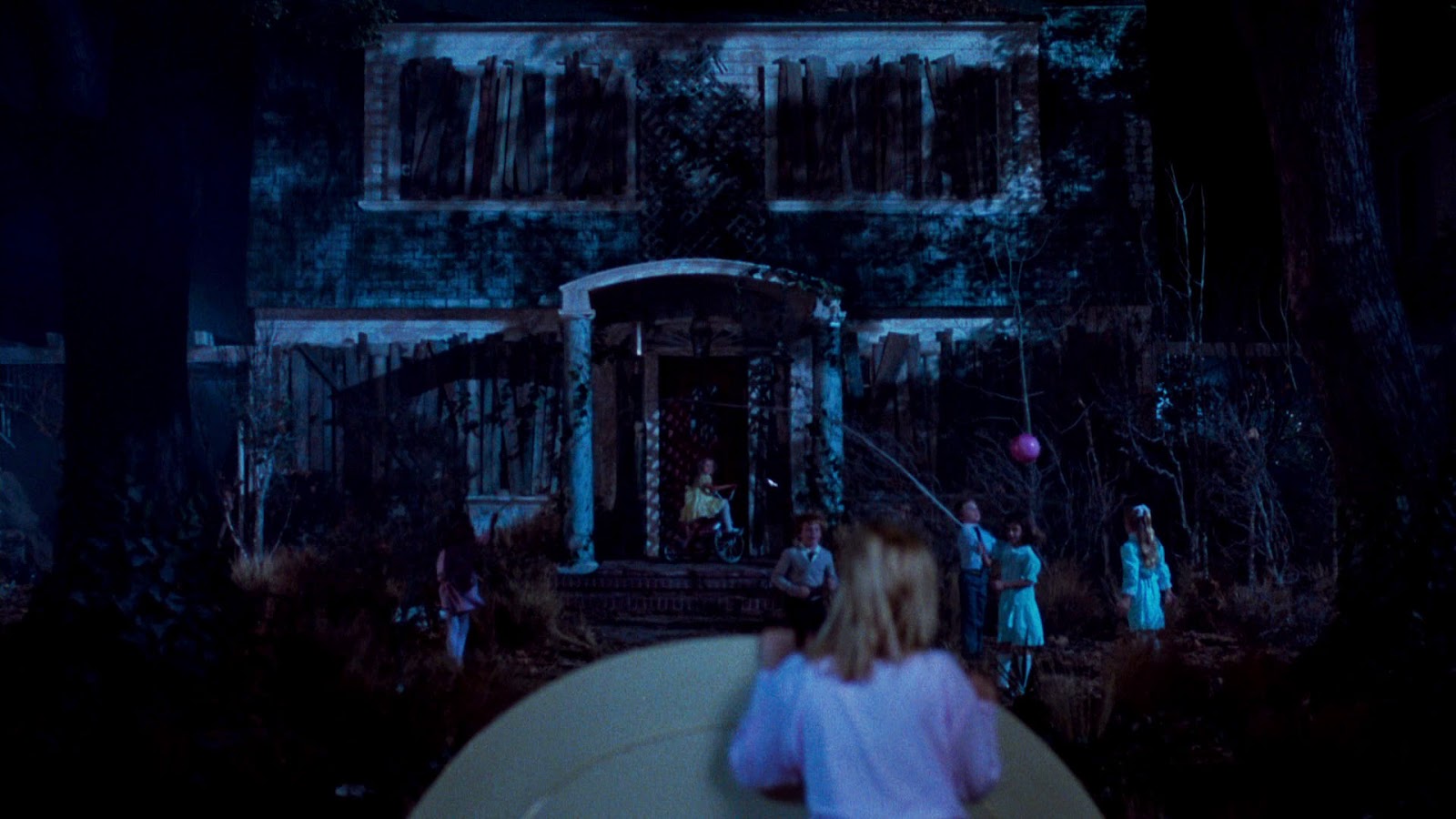 Eric Diaz: A lot of horror sequels are pale imitations of their predecessors. But not A Nightmare on Elm Street 3: Dream Warriors. We’re introduced to young Kristen Parker (Patricia Arquette), who, as soon as the credits roll, dreams herself into Freddy’s nightmare world. We get all the Freddy tropes in the opening scene. The Elm Street house, the creepy little girl, and the basement filled with murdered teens. But long before Inception, this scene introduced us to “the dream within the dream,” concept. As Kristen wakes up (or so she thinks) only to find her bathroom faucet handles are an extension of Freddy’s clawed hand. When he uses them to cut open her wrist, it’s hard to not feel queasy. And all of this is just in the movie’s first five minutes.

Mikey Walsh: Every Final Destination movie opens with a terrifying “what-if.” But it’s the second and best installment of the franchise that delivers an all-time opening horror scene. The vision of a deadly highway pileup reminds us that a normal drive can instantly end in tragedy. But what makes Final Destination 2‘s first scene worthy of inclusion on this list is how it will stay with you for the rest of your life. It’s impossible not to think about that crash when you find yourself driving alongside a massive truck ferrying something large and terrifying (trees or anything else) that you’re not fully confident it can handle. Even a small pickup with something tied up in its bed can conjure the memory of that scene.

Final Destination 2 forever made every trip on a highway a potential drive full of genuine dread. It truly is—fittingly for a car crash scene—nightmare fuel.