The Best Movies of Sundance 2018 - Nerdist

The Best Movies of Sundance 2018

What films will you be obsessing over approximately nine months from now when they finally get released? I went to the Sundance Film Festival to find out just that! While up at the fest, I watched the best new movies you’ll want to cram in your eyeballs when they make their way to theaters down the line. So buckle up, because today’s episode of The Dan Cave is all about the best films at the 2018 Sundance Film Festival that you won’t want to miss. 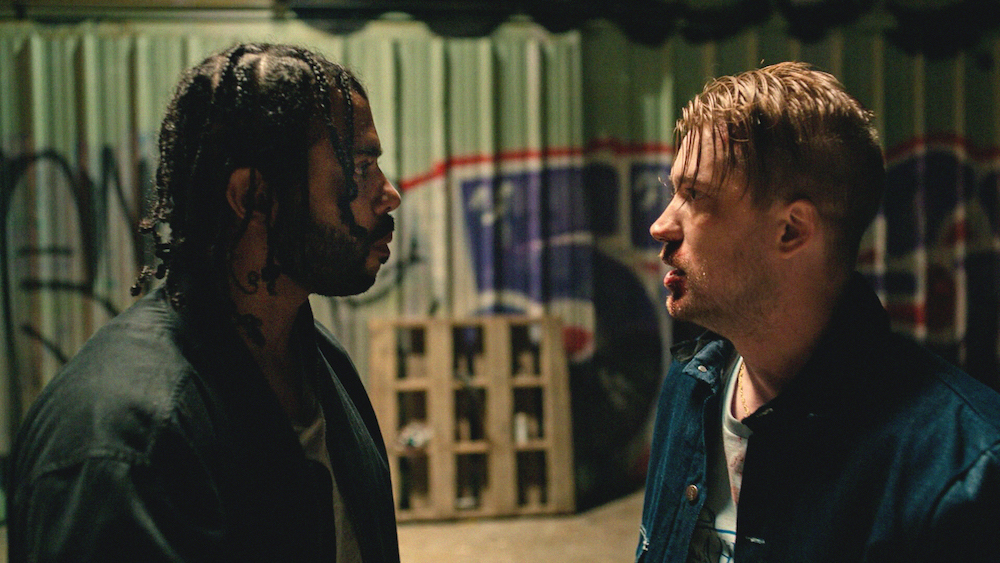 According to the official Sundance Film Festival description, Blindspotting is a “buddy comedy in a world that won’t let it be one.” It’s the story of Collin (Daveed Diggs), a black man who is finishing out the final few days of his parole sentence, and his lifelong best friend Miles (Rafael Casal), a white dude, as they struggle to adjust to a changing Oakland in hilarious and heart-wrenching fashion. It’s a whip-smart comedy that gets deadly serious about racism, police brutality, and gentrification. Plus it uses freestyling better than any movie since Teen Witch. Top that? They just did. 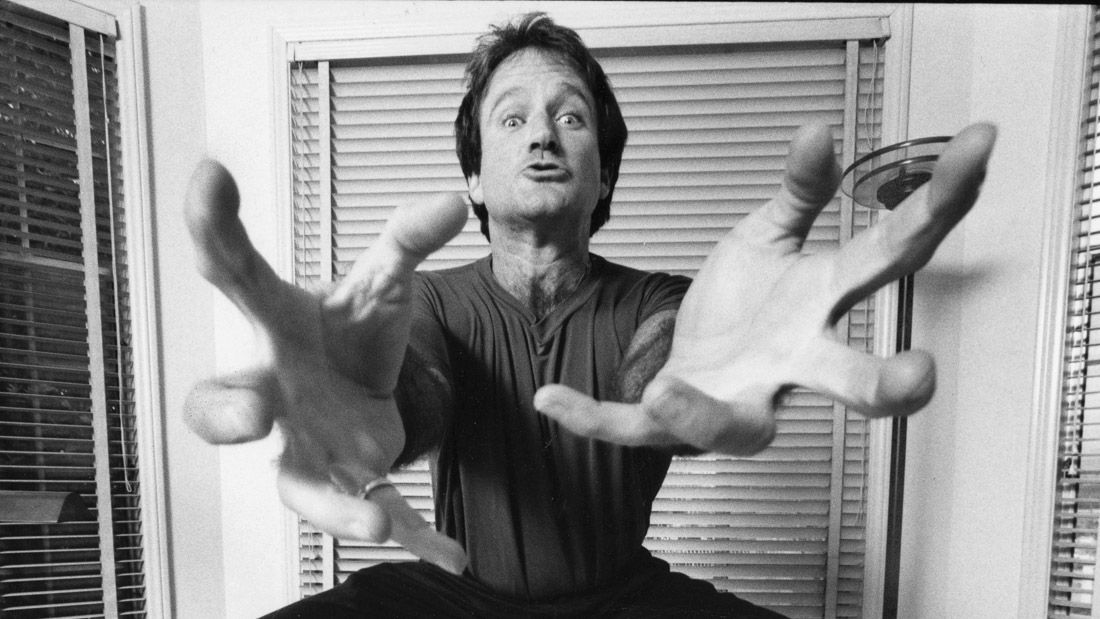 Do you still miss Robin Williams as much as I do? The legendary actor and comedian died in 2014, but his legacy will outlive us all. This new documentary traces Williams’ life and career from his childhood all the way to his dark final days. Your face will hurt from smiling and your heart will hurt from his absence. But most of all, you’ll just be fascinated to learn more about the dynamic man whose lifeblood was spreading joy. Rest in peace, Robin, and thanks for all the laughs. Sound off if you like any of the following scenarios: Nicolas Cage smelting his own battle axe to fight LSD demon bikers; Nicolas Cage getting in a chainsaw fight after snorting a comically large pile of cocaine; psychosexual murder cults engaging in Lovecraftian weirdness… with Nicolas Cage. If you said “yes” or “wait what?” to any of those, then Mandy is going to be extremely up your alley. A literal and figurative cult classic in the making, Mandy is a wild, psychedelic experience from start to finish full of blood, bad vibes, and one of the greatest scenes of Cage Rage ever committed to film. I seriously cannot recommend this enough. 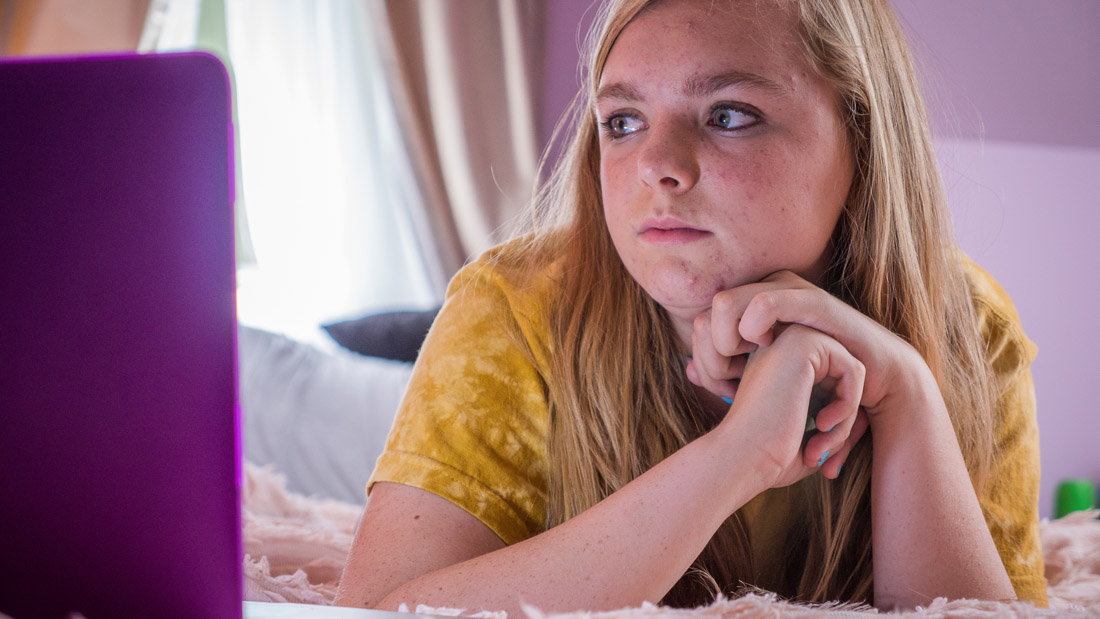 People like to talk about how high school sucks, but it’s nothing compared to the emotional war zone that is middle school. Written and directed by comedian Bo Burnham, Eighth Grade is one of the most uncomfortably hilarious and hilariously uncomfortable movies I’ve ever seen. It tells the story of Kayla, an awkward 13-year-old girl whose discomfort and anxiety is amplified by her crippling social media addiction. If you though your middle school experience was grueling, just imagine what it would have been like with Snapchat and Instagram.

Remember that Twilight Zone episode about the last man on Earth who finally has time to read all the books that he wants, but then he breaks his dumb glasses? This movie starring Peter Dinklage is a lot like that except instead of breaking his glasses, the Dinkmeister is forced to spend time with another very talkative survivor played by Elle Fanning. It’s a slow-burn post-apocalypse drama with one hell of a twist ending, but most of all it’s a case study in how hell is only other people if we want it to be. That being said, if it’s the apocalypse and I’m just trying to have some chill-out time by myself, please leave me alone. Billed as the 100% true story of when the town of Salem, Massachusetts lost its mind, Assassination Nation is one of the wildest cinematic rides I’ve taken in ages. It’s been called Mean Girls meets The Purge, which doesn’t quite do it justice. When a mysterious hacker leaks the text messages, search histories, and nudes of half of the town, everyone goes insane, arming themselves to the teeth and exacting mob justice on anyone they deem guilty. It’s a hilarious, poignant, horrifying story of toxic masculinity, the hypocrisy of self-righteousness, and how quickly a mob mentality can turn violent. It’s an uncomfortably timely film that will have you cheering in your seat as the four girls at the film’s center exact their sweet, bloody vengeance.

The Death of Stalin Perhaps the blackest black comedy I’ve ever seen, Veep creator Armando Iannucci’s latest film examines the immediate aftermath and Machiavellian Hunger Games that erupts in the wake of Josef Stalin’s death in a scathing satire starring Steve Buscemi, Simon Russell Beale, Andrea Riseborough, and a host of amazing others. Bumbling bureaucrats, mischievous ministers, and sleazy schemers vie for control of the Soviet Union in hilarious fashion. Well, as hilarious as you can make it when you’re dealing with political imprisonment, wanton executions, and the nightmarish conditions Stalin created. And considering the fact that it has already been banned in Russia, you know it’s gotta be good.

Wolves in the Walls Quite possibly the best thing I saw at Sundance was this VR film based on the eponymous short story from Neil Gaiman and Dave McKean,  which puts you in the role of a young girl’s imaginary friend. She has been hearing creepy sounds late at night. The sounds of wolves. And as the title would suggest, it sounds like they’re coming from inside the walls. The only problem is that no one believes her, and it’s up to you to help her find proof. While it’s mostly a passive narrative experience there are some delightful moments of interactivity that make you feel as though you’re living in Gaiman and McKean’s creepy-cute world. For anyone who wished they could explore the world of Coraline firsthand, this is for you. More importantly, it’s the standard to which other VR filmmaking should strive to reach.

For full reviews, interviews, and much more make sure you check out our Sundance page. Which movies are you most excited to see? Let me know in the comments below!