Beekeeper Rescues Beehive from the Back of a Toilet - Nerdist

Beekeeper Rescues Beehive from the Back of a Toilet

American culture has waged an unjust war against the common bee. We’ve endured harsh warnings about their unconditional danger, by way of overzealous parents; vicious propaganda through children’s cartoons. But bees, like so many of us, just want to do their thing. And that thing involves making one of the most delicious substances on Earth! Thankfully, we have folks like Erika Thompson—professional beekeeper—to espouse the good word of the humble bumbler. The Texas-based apiarist spends her days rescuing bees from troublesome and often curious situations. Namely, an ostensibly junked toilet.

You can watch a longer version of the above video below (though with slightly poorer sound quality).

The above is the latest in a longstanding series of videos featuring Thompson’s work protecting bees. You can peruse her videos on Texas Beeworks’ Instagram page or YouTube page; they always come courtesy of her dry but dulcet narration; something out of a Wes Anderson movie, as a matter of fact. (Frankly, that Wes Anderson hasn’t made a movie entirely about bees or beekeepers now rings as bizarre.) 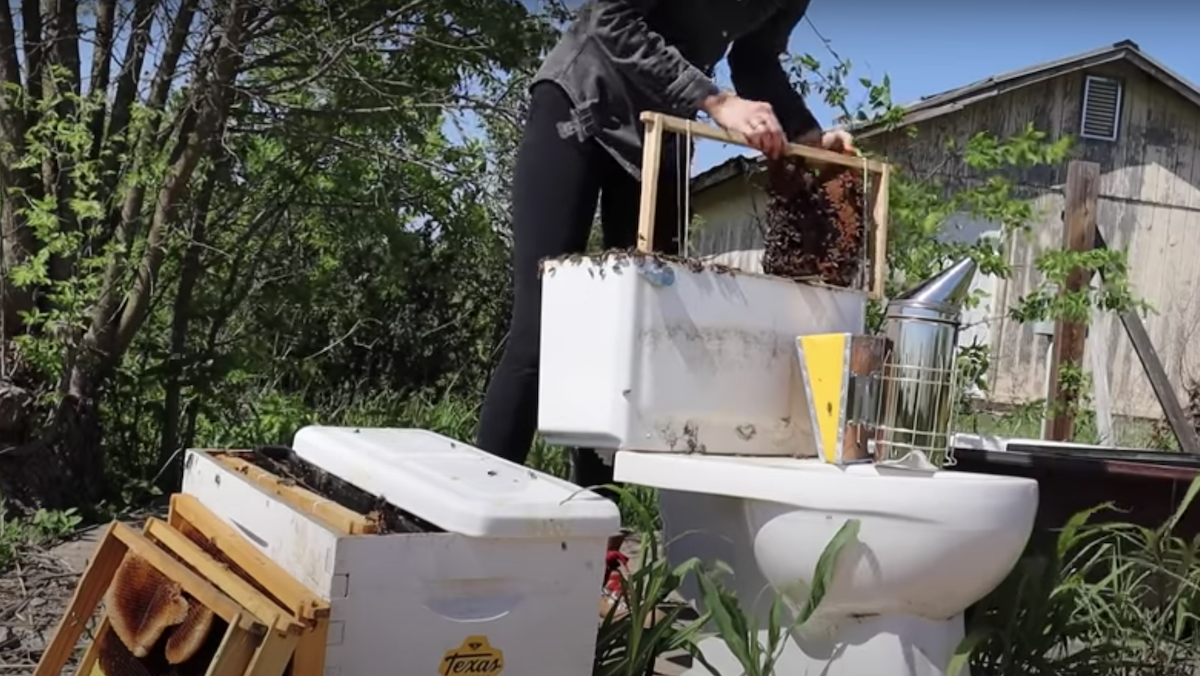 We must applaud Thompson’s acumen handling so many bees in such precarious ordeals. She safely transfers entire beehives and their populations from one environs to another, time after time. Even more staggering: her ability to espy and carefully courier the queen bee in an individual clip.

Given how protective a standard bee rabble is about their queen, this process may give viewers a jolt. But Thompson knows what she’s doing and seems to frequently come out unharmed. (And, apparently, appreciated by the bees at hand.)

In an even more recent video, Thompson rescues another batch of buzzers who’ve run amok in the bed of her truck.

Thompson has accrued due acclaim for her work in this particularly niche field. If you’re interested in supporting (or patronizing!) her work at Texas Beeworks, you can do so here.