The Coppers'll Never Take You Alive In This Two-Player Game, See? - Nerdist

The Coppers’ll Never Take You Alive In This Two-Player Game, See?

When I first saw Noir walk through my door, I knew it was trouble. I tried not to get too close, or make it personal, but games like these have the kind of allure a man just can’t resist; a real classy style. Noir had gotten its act together from its early days of being in a gang of mini games by Level 99 Games, some the likes of which were not so savory. But now it is free to make it on its own two feet, under the name Noir: Black Box Edition, and I found it intoxicating. 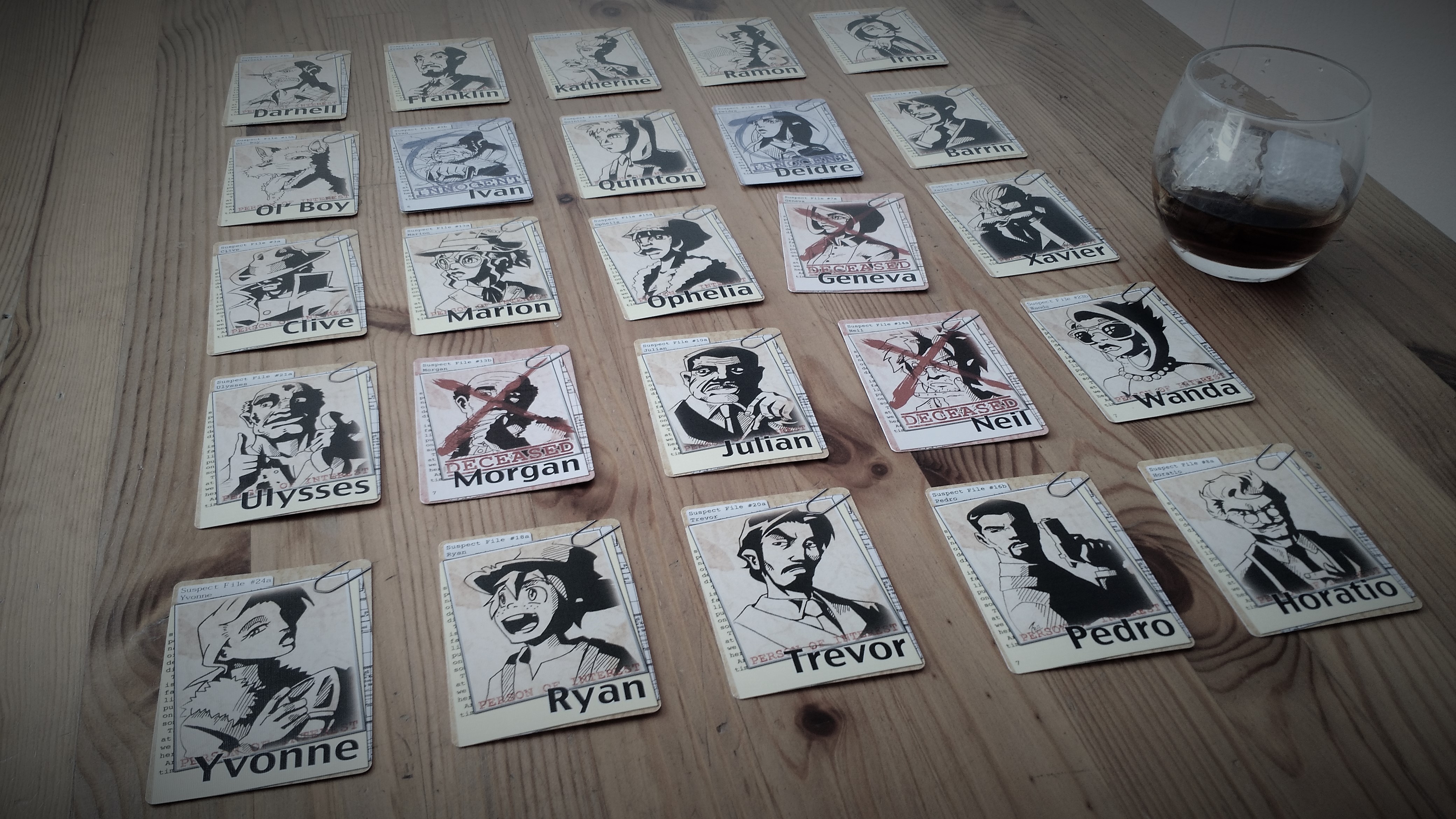 When I first arrived on scene I discovered the stage for this twisted tale only consisted of a modest twenty-five character cards going about their quiet and honest lives arranged into a five by five grid. However, among them was a deranged mind, a Killer, controlled by one of two players, and an Inspector controlled by the other. Neither knew the other’s true identity, but both were eager to find out.

Like most murders, it began with a corpse revealed by the Killer after flipping a character on the grid to its deceased side. This was the Inspector’s first clue, as the Killer can only kill those they are adjacent to. Soon after, both the Killer and Inspector began shifting the columns and rows of character to reposition them, and likely themselves. All the while, the killer was doing what he or she does best, by leaving a trail of stiffs and broken dreams, as the Inspector tries as quickly as possible to exonerate the innocents, and find the hood behind it all. This ballet of murder and intrigue continues for many rounds until either the Inspector can identify and take down the Killer, or the Killer managed to catch up with the Inspector, and end his career early. 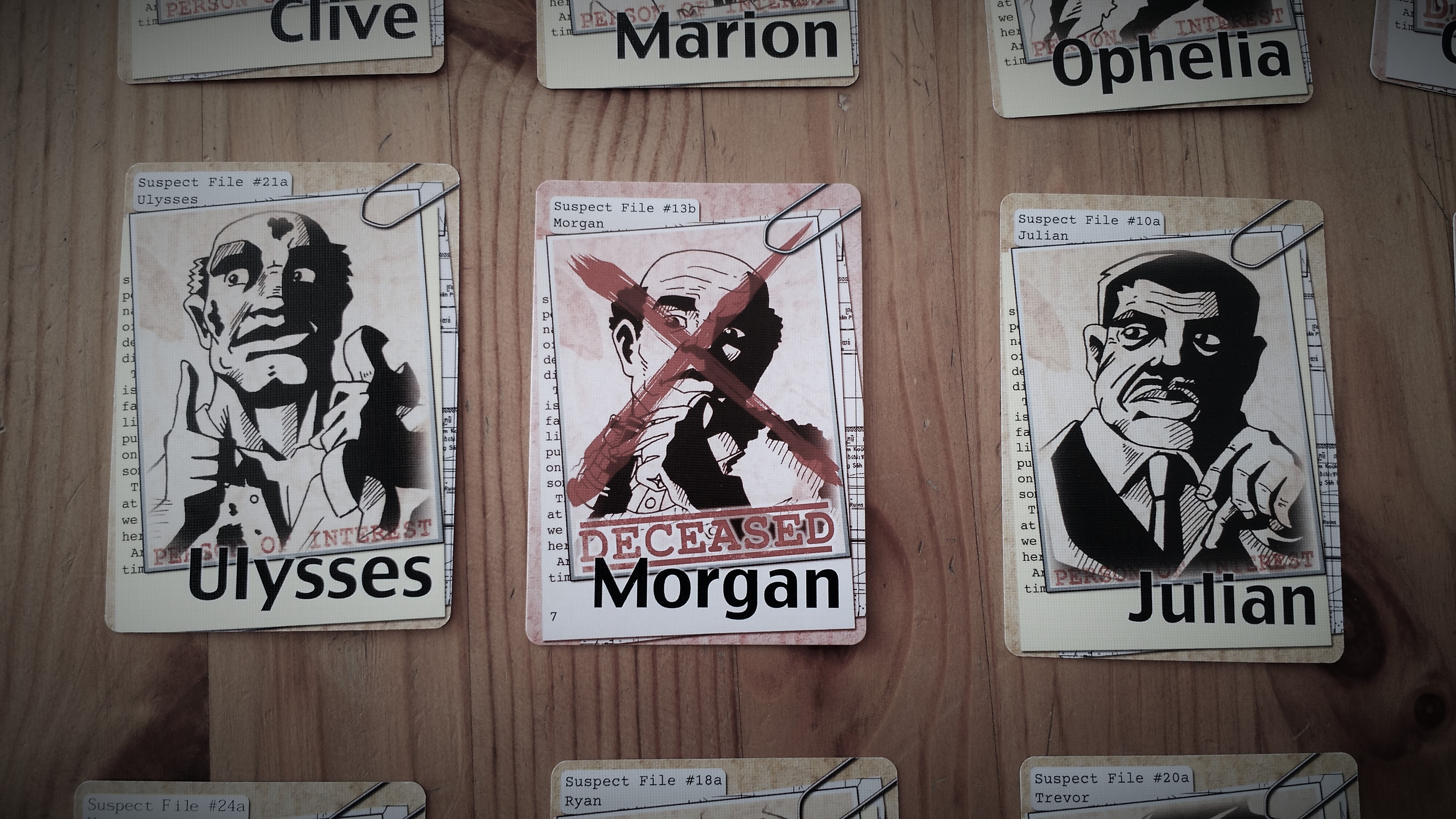 You may be asking yourself, why would I want to get caught up in some game of cat and mouse. Well — all I can say is — it’s the thrill of the hunt. From the first round when you begin to deduce where the Killer might be, to that moment when you know exactly who it is. Trying to navigate between the characters to get close enough to take them down, knowing that one false step can put you on the wrong side of a roscoe, and six feet under.

As the Killer, you will be compelled to make more bodies, it’s what you do. But you will quickly learn that the only way out is with some copper’s blood on your hands. Find them before they find you, and you’ll take the victory. Once you get a taste for the hunt; Noir allows you to try out other game modes where you try to play as the master thief, mafia hitmen, or the chief of police as you search for your suspect.

Don’t let this game’s size fool you into thinking it isn’t one of the most adrenaline pumping tabletop experiences out there, and possible one of the best two player games on the market.  Now get out there kid, and giver her a spin.