BEAUTY AND THE BEAST Prequel Series Gets Put on Hold - Nerdist

BEAUTY AND THE BEAST Prequel Series Gets Put on Hold

Not so fast, Gaston and LeFou. Disney+ has put the Beauty and the Beast spinoff series starring the duo (played by Luke Evans and Josh Gad) on hold (via The Hollywood Reporter). The Hollywood Reporter states this hold comes from scheduling challenges with the cast, as well creative elements. Gad confirmed the news on social media. He said, “We tried to make it all work but under the gun it wasn’t meant to be… for now. These characters and this story will live on, but sometimes the best intentions & reality collide & nothing can be done.”

He added that he hopes Disney gets to make the series when “our schedules allow.”

Sacré bleu, is it time to dust off our Disneyfied French so soon? The Gaston and Lefou-centered Beauty and the Beast prequel series is officially a go on Disney+. Luke Evans and Josh Gad are reprising their roles from the 2017 live-action film, and the series will apparently detail how the unlikely duo became pals. Joining them is Briana Middleton as LeFou’s stepsister Tilly. And also, we recently, Rita Ora. What to expect from the new series? Certainly adventure, friendship, and a lot of singing. As they (presumably) say, no one does a Disney+ limited series like Gaston.

Interestingly, the limited musical series also boasts the title Beauty and the Beast, though it’s currently a working title. As such, does the phrase “Beauty and the Beast” now refer to Gaston and LeFou? Or is it more of a reference to societal expectations in 18th century France? 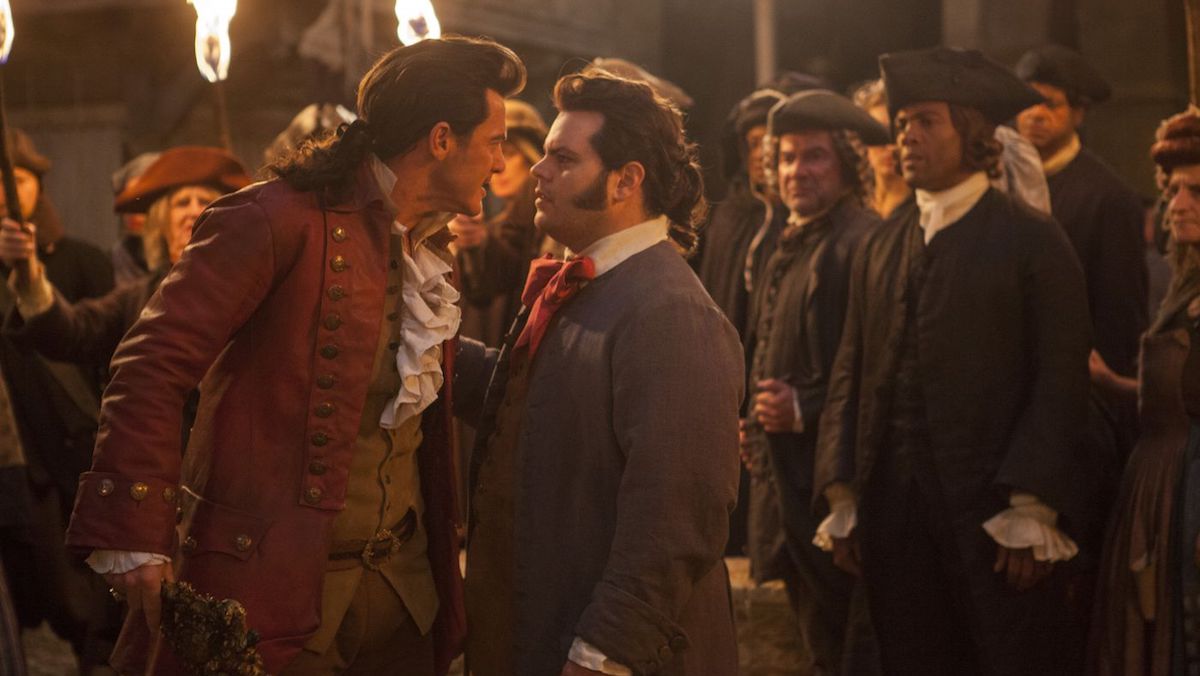 Here’s more from the official synopsis:

Set in the iconic kingdom of Beauty and the Beast years before the Beast and Belle’s epic romance, the series will follow Gaston and LeFou as they set off with LeFou’s step-sister, Tilly, after a surprising revelation from her past comes to light, sending the unlikely trio off on an unexpected journey filled with romance, comedy, and adventure.  While the mysteries of the past are uncovered and the dangers of the present grow, old friends and new enemies reveal that this familiar kingdom harbors many secrets.

While set in the same village from  Beauty and the Beast, we’re not holding our breath for appearances from Emma Watson’s Belle or Dan Stevens’ Beast. However, we do remain hopeful for a cameo or two from our favorite provincial townspeople. In addition to the main cast, we know that Fra Fee and Jelani Alladin will also appear. And, as noted above, recently we learned that Rita Ora will join the Beauty and the Beast series as well. According to Deadline, she “will play a fugitive with surprising abilities who carries with her a secret that could potentially affect an entire kingdom in the eight-episode limited musical series.”

The eight-episode limited musical series will feature original music from Alan Menken. Gad and writing duo Edward Kitsis and Adam Horowitz (Once Upon a Time) will serve as showrunners and writers. Liesl Tommy is directing the first episode. Production on the series begins in spring 2022, so we have plenty of time to ponder exactly what to expect from this Beauty and the Beast prequel series.