Released the year after The Beatles’ seminal album Sgt. Pepper’s Lonely Hearts Club Band, and at the height of the flower power era, Yellow Submarine was a wild and psychedelic animated musical fantasy film that remains beloved by millions of Beatles fans the world over.

Containing some of the band’s most beloved songs, the movie remains as far out today as it was when it was first released in theaters back in 1968. Now, just in time to celebrate the 50th anniversary of the film comes this fully authorized graphic novel adaptation from UK publisher Titan Comics.

For those of you who are just discovering Yellow Submarine for the very first time, the plot goes something like this: The music-loving, underwater paradise of Pepperland becomes overrun by the music-hating Blue Meanies, who confiscate all the music instruments in the land. In response, Pepperland’s mayor sends an aging sailor out in the fabled Yellow Submarine to find help, when he stumbles across the Beatles and begs them to help him free his world. They agree and head back to Pepperland to help overthrow the evil Blue Meanies through the power of music and love. (We told you it was trippy!) 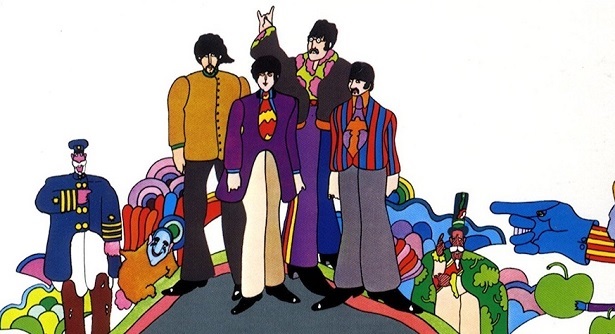 This new hardcover graphic novel adaptation of the classic animated film, which comes in at 112 pages and is priced at $29.99, is coming to us from writer and artist Bill Morrison, with assistance from inker Andrew Pepoy and colorist Nathan Kane. Yellow Submarine goes on sale on August 28, and to see an exclusive preview of five pages from the graphic novel along with the cover, be sure to check out our gallery down below. 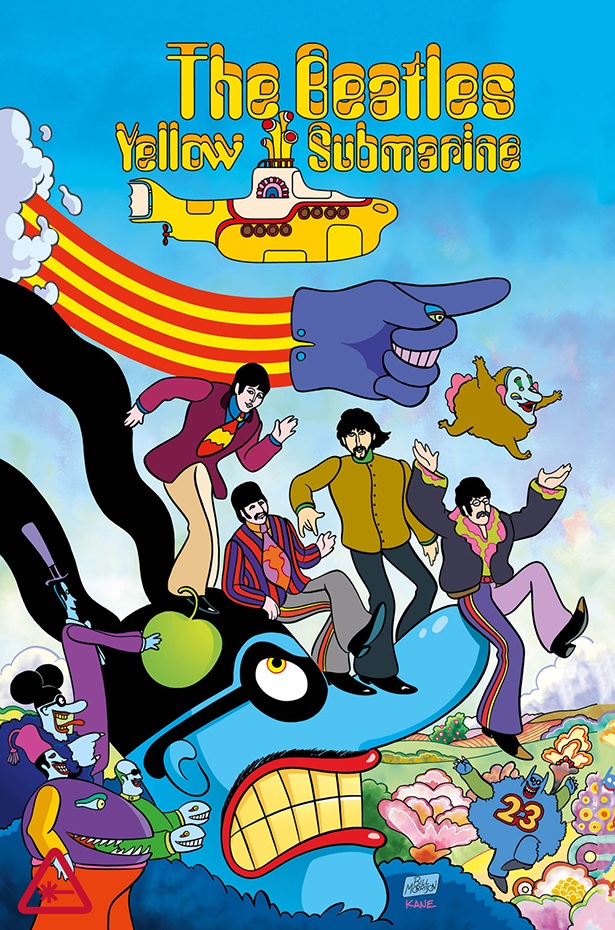 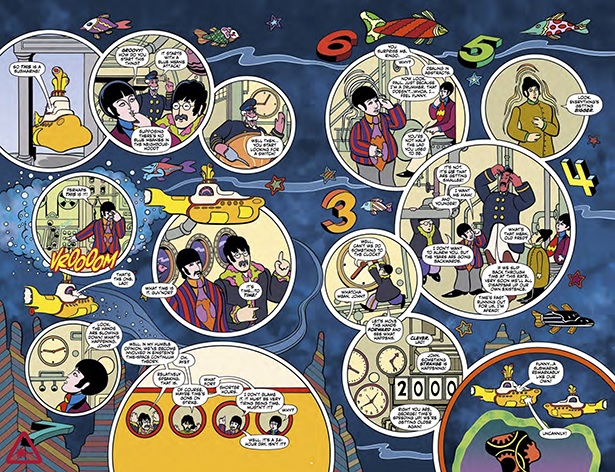 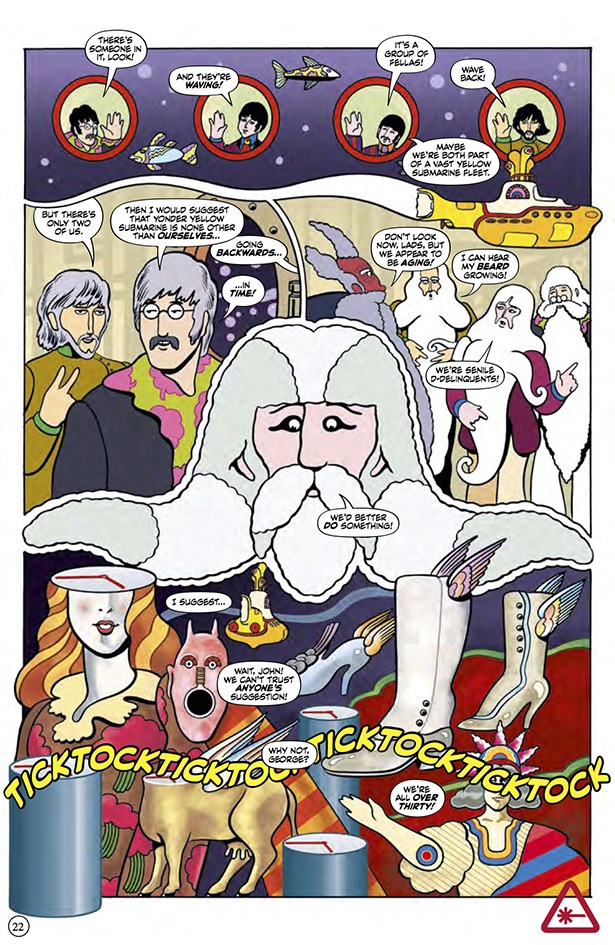 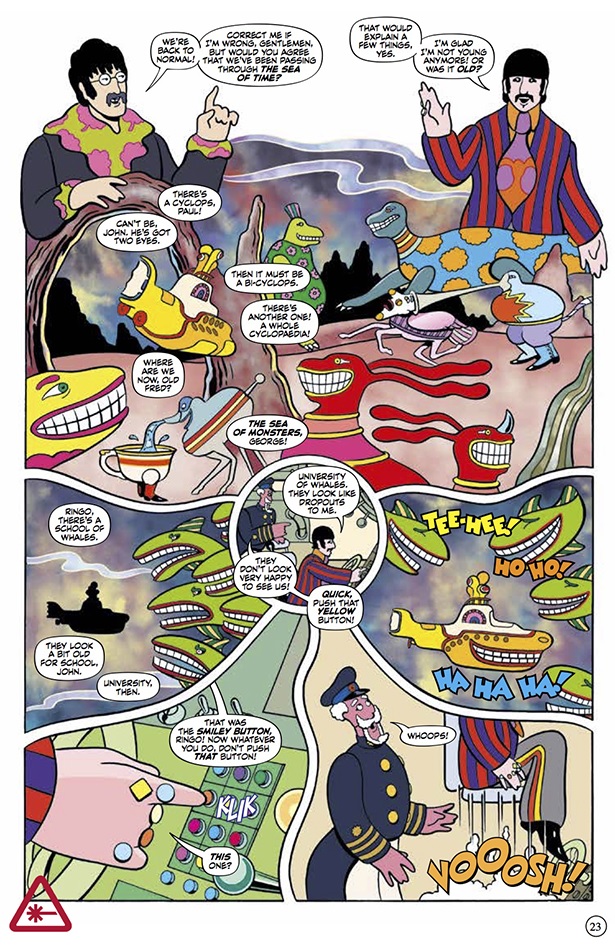 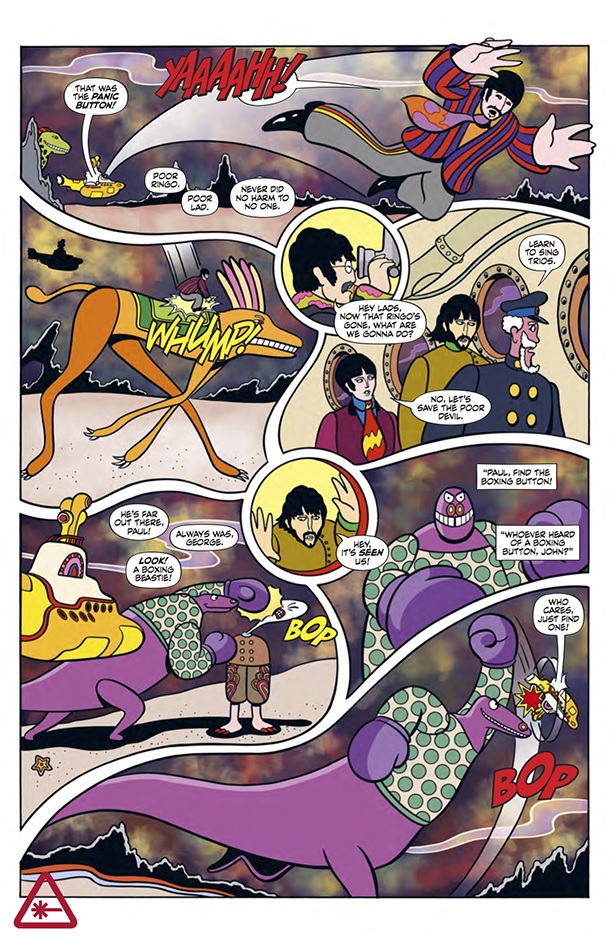 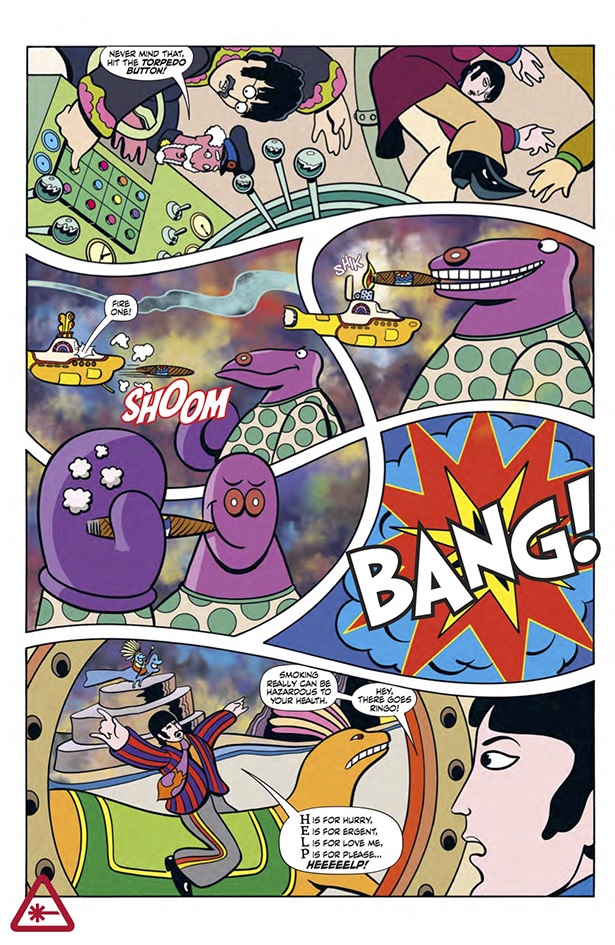 Are you excited to revisit the Beatles in all their “Summer of Love” glory? Be sure to let us know down below in the comments.