Battle the Darkness in the Geekiest Tabletop Games of Boston - Nerdist

Battle the Darkness in the Geekiest Tabletop Games of Boston

Every year the Boston Festival of Indie Games gathers developers from the Massachusetts area and beyond to show off indie games and tabletop games for geeks and gamers of all age, with an entire incredible floor sectioned off for the newest and coolest in Tabletop Gaming. After sitting down for a few hours of cards and cardboard, we’re back with the coolest Tabletop games you’ll be able to play in the near future. 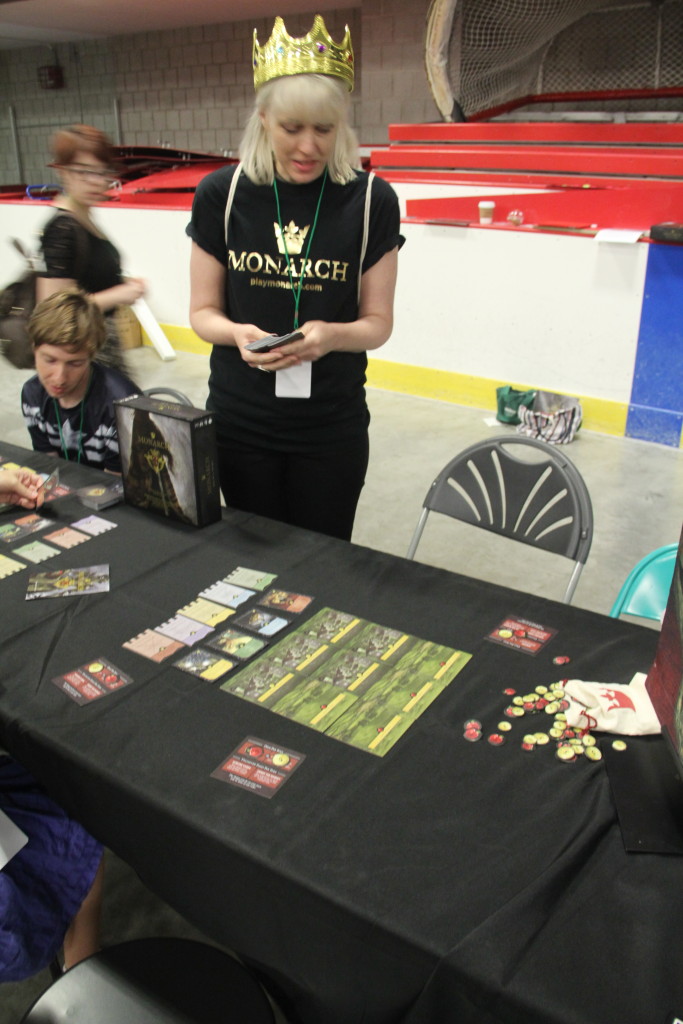 Monarch puts players in the role of one of four sisters vying for their dying mother’s throne. Your goal: to assemble the most worthy valuable of war assets, lands, heroes, and cultural assets to show that you are worthy of the realm. Inspired by queens and empresses from throughout history whose stories have gone underrepresented in gaming’s aesthetics, Monarch sets you up in a battle of diplomacy, trade, and acquisition, managing food and gold to acquire individual cards from your court, and place structures of value across the 9 land tiles to acquire cards with the largest “crown” value. Monarch differs from other strategy and diplomacy games in that by never setting you up explicitly against your opponents, your strategy becomes about self-improvement while using subtle cards like “unwanted guests” (which have negative value), to interfere with other player’s strategy.

Monarch also provides delights in being a strategy game where systems and combined cards have incredible meaning, such as a tax system where players must pay food to the villagers in order to collect gold. Little touches like this help shape the personality of what kind of Queen you aspire to be, and challenge conventional game wisdom of what it means to truly rule. 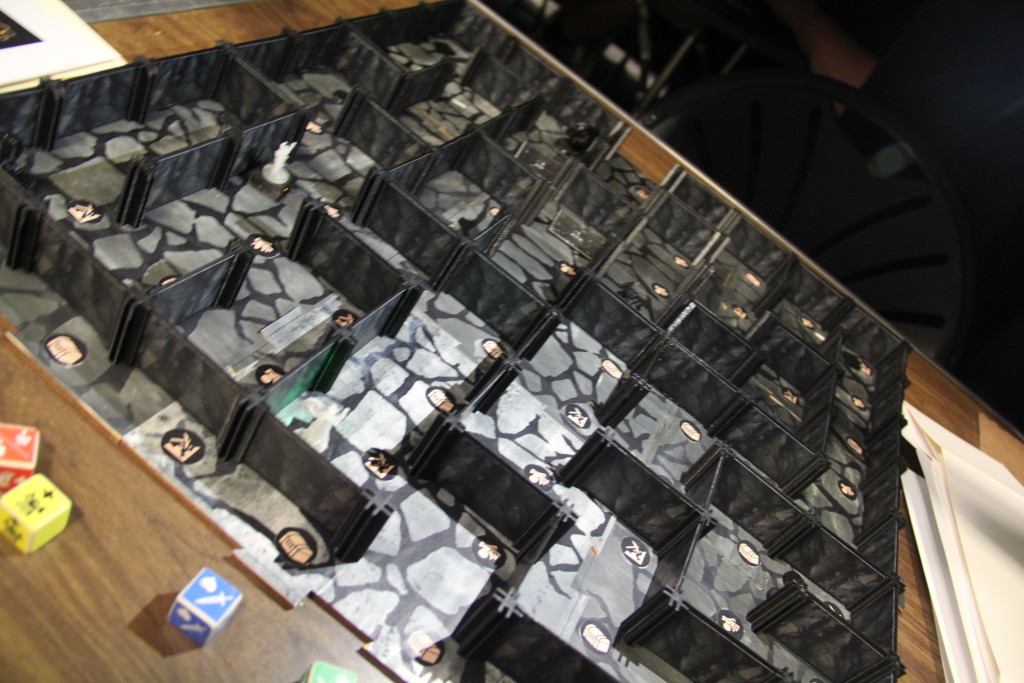 It’s getting close to Halloween. Night falls sooner and sooner, and perhaps you and your friends need a good game to capture the feel of the falling dark. Depths of Durangrar is that game, because to play it to the max, you literally need to play in the dark. It’s an asymmetrical dungeon crawling game where 3 of the player tokens have a little LED light that shows how far the character (and you) can see down a customizable Labyrinth, while the 4th player is literally a giant monster with night-vision out to eat everyone else up. (This player even gets night-vision goggles.)

Depths of Durangrar uses that limited vision its combat and strategic mechanics—since players have different visual information, but only need to get themselves out alive to win the game, they can choose how much of that information to feed to other players, using their individual abilities and knowledge of the dungeon to put themselves ahead, or bring the team to victory. 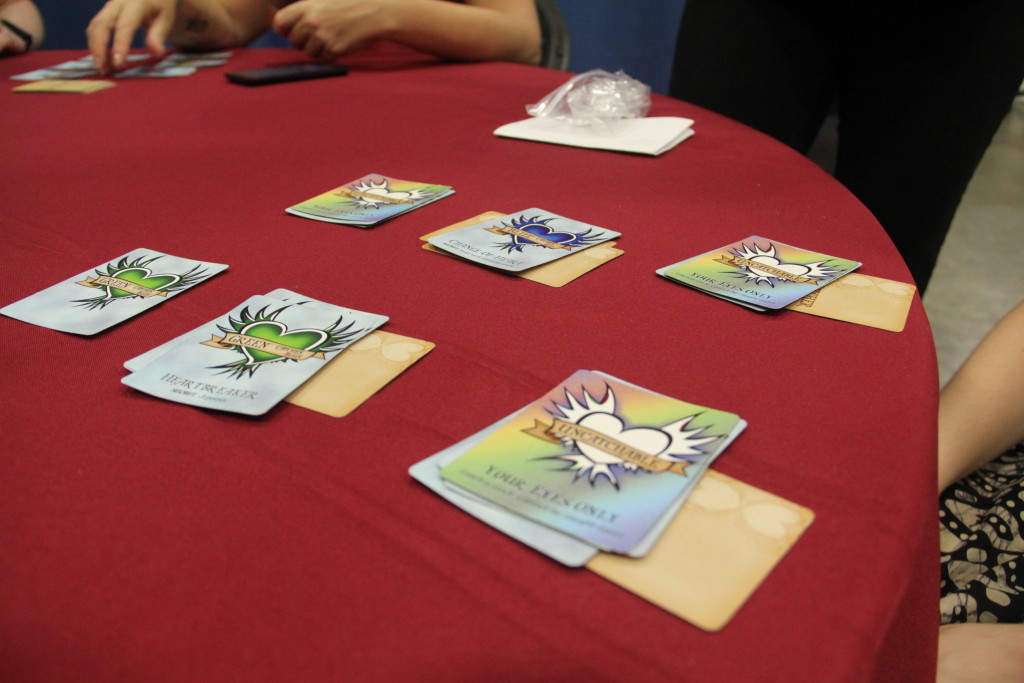 Heartcatcher is a rock-paper scissors bluffing game that’s quick, fast, to the point, and will get even newcomers to tabletop gaming playing massive mind games with their opponent to seek victory. In short 5 minute bursts, players play different-colored cards on top of each other to assemble stacks of different sizes,then have the ability to swap decks with their opponent to try and steal their various advantages. But the secret cards, which aren’t revealed until the end of the game, change who really has power. Maybe you put a -3 points card under your biggest deck and lure your opponent into stealing it. Maybe you use a secret stack swapper card to take advantage of your opponent’s deck.

Whatever your strategy, it invariably will collide with your opponent’s devious attempts to do the same, and the final score stands to surprise both of you. If you need a game for between bigger rounds during Tabletop night, or something to help ease geeky friends into Tabletop-type thinking, Heartcatcher  can be that game. (Even if it might put those friendships at risk with the bluffing and mind games.)