Balloons? Good. Giant balloons? Even better! But balloons popping, especially right near us? Bad. So very, very bad. Strangely enough, however, it turns out that popping balloons inside balloons that are inside other balloons is pretty awesome. Or at least it is when you watch them burst in super slow-motion.

The latest video (which we first came across at Laughing Squid) from Nate Bonham of The King of Random YouTube channel involves a Russian nesting doll of popping balloons. He kept experimenting with how many balloons he could successfully manage to inflate inside each other. It was not the easiest process, and the bigger the balloon, the higher the level of difficulty. But he inflated nine balloons for a single clip. The key was not to actually tie them off, which wasn’t that big of a deal since they were immediately being popped anyway.

This video isn’t just fun to watch. It also highlights how quickly balloons pop and why they are so loud when they do. It’s a violent reaction. Todd Robins of Kuma Films recorded the video using a Phantom vo6 40s camera. It can shoot at 2.5 K at 1500 frames a second. But he had to bring the film’s video quality all the way down to 480p so he could film at 11,000 frames a second. It was the only way we could actually see some cool footage.

And there are some very cool shots. This one looks like a green Pac-Man is about to eat Bonham. 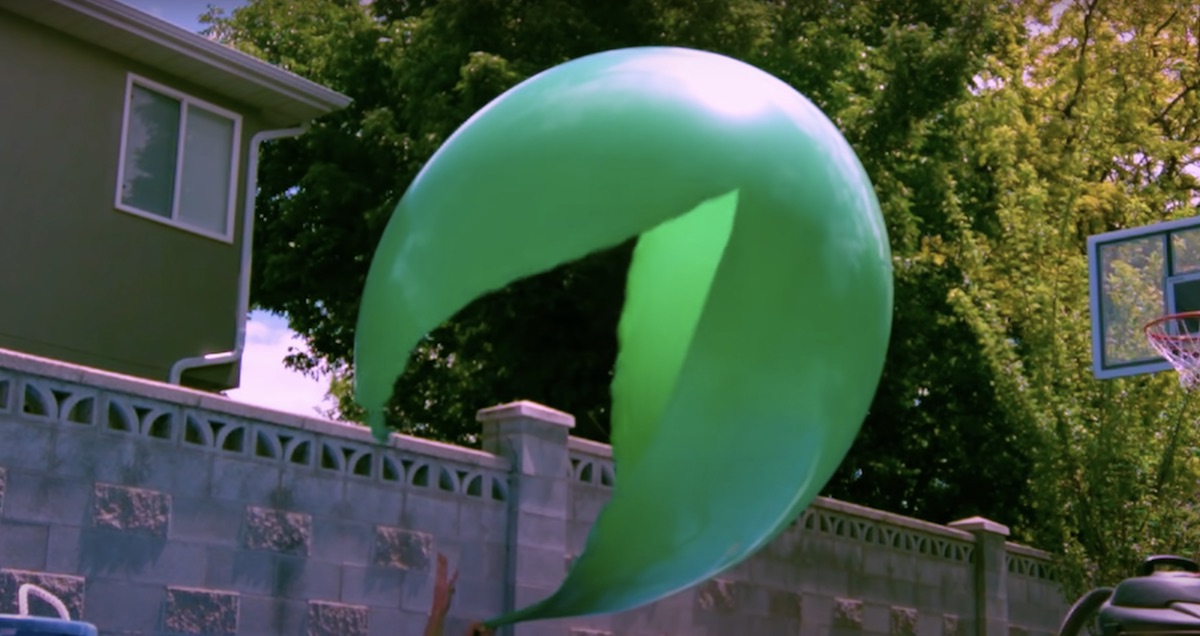 The King of Random

Super slow-motion is really the only way to enjoy a balloon popping. The Slow Mo Guys have had fun with this concept for years.

So really, popping balloons isn’t inherently good or bad. It’s just how we watch them that is.

Featured Image: The King of Random