BACK TO THE FUTURE Opening 2020 TCM Classic Film Fest - Nerdist

BACK TO THE FUTURE Opening 2020 TCM Classic Film Fest

For a generation, those just slightly younger than Star Wars, Back to the Future was the undisputed king of sci-fi trilogies. I was obsessed with the adventures through time of Marty McFly and his best friend, the weird old Dr. Emmett Brown. I made a fake Delorean out of boxes and cushions and pretended to get up to 88 miles per hour. There was a cartoon series and McDonalds Happy Meal toys, and it was just tremendous. Turner Classic Movies knows how important this movie is to people. To commemorate Back to the Future‘s 35th anniversary (Great Scott, I’m old), they’ve chosen the film to open their 11th annual TCM Classic Film Festival.

Each year, the TCM Film Fest showcases movies from all periods of the first 100 years of cinema, and they always start with a bang. In 2020, not only will they screen Back to the Future in the TCL Chinese Theater to open the festivities, they’re showing the brand new 4K restoration of the movie. The first public screening. That’ll look pristine on the massive IMAX screen. And stars Michael J. Fox, Christopher Lloyd, and Lea Thompson will join co-writer and co-producer Bob Gale in attendance as well. That’s a pretty heavy thing for any Futureheads out there to fathom. 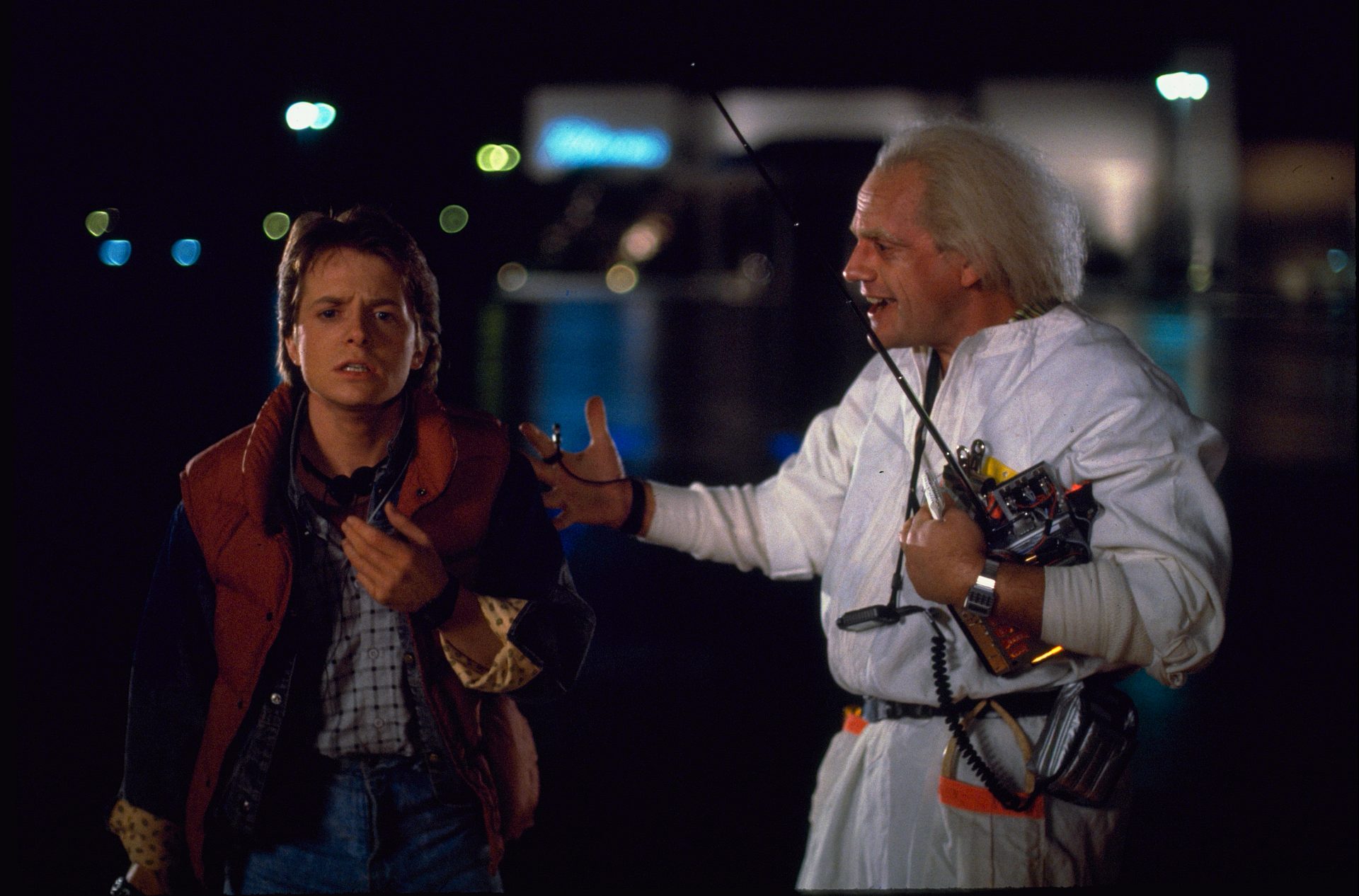 Celebrated actor Michael J. Fox stars as Marty McFly, the high school sidekick to eccentric scientist Doc Brown (Christopher Lloyd) who finds himself mixed up in a time-shattering chain reaction in the film that kicked off an international blockbuster franchise. The film was a box office hit that went on to win an Academy Award®, get a mention in Ronald Reagan’s 1986 State of the Union address; and inspire two sequels, an animated series theme park attractions, consumer products and video games, as well as a soon-to-come musical.

“Like virtually everyone else of my generation, I saw Back to the Future when it was released in 1985 and within an instant, the story, the characters, the music, and the car, of course, became critical touchstones in my personal cinematic universe,” said Ben Mankiewicz, TCM primetime anchor and official host of the TCM Classic Film Festival. “And those actors – Michael J. Fox, Lea Thompson, Crispin Glover, and Christopher Lloyd – forever carved themselves into an 80s-movie version of Mount Rushmore. Step aside John McClane; move over Ferris Bueller; Marty McFly – the brainchild of Robert Zemeckis and Bob Gale – is the definitive character of the decade.

Everyone wanted to be Marty McFly when I was growing up. I sure did. And hey, without Back to the Future, we wouldn’t have Rick and Morty. Legitimately one of the greatest movies of the ’80s. Certainly worthy of the moniker “classic.”

TAGGED: Back to the Future, Turner Classic Movies, TCM, TCMFF