Baby Rhino Running Around Its Mom Is a Cuteness Overload - Nerdist

Baby Rhino Running Around Its Mom Is a Cuteness Overload

Midway through August of this year, Jamila, a rhinoceros at the Auckland Zoo in New Zealand, birthed a female calf. That as yet unnamed calf popped out at a healthy 143 pounds, and apparently has a lot of energy. In the video below, the Zoo shows off the newborn zooming about around her mom like a puppy.

Laughing Squid picked up on the video, which was recently posted to the Zoo’s YouTube channel. Employees at the Zoo say that the “sturdy” calf was born in the morning after a one-hour labor. The calf’s total gestation time was roughly 16-months long. (Although an African elephant’s is even longer at approximately 22-months long.)

The calf’s birth is “a momentous occasion for all Aucklanders as it’s the first time in twenty years that a rhino calf has been born at Auckland Zoo,” the Zoo wrote in an elated Instagram post. The post also noted that the calf’s birth is an incredible win for the ZZA breeding program. ZZA is the Zoo and Aquarium Association of Australia, and it manages the breeding program for these African rhinos.

Those who want to give back in return for all this cuteness can donate to the Zoo’s TradeMe fundraiser. Not only would you be helping the Zoo, but also gaining a shot at meeting Jamila and her calf. Although even if you do win, by the time you make it to Auckland, the baby rhino will probably be the size of a small car. 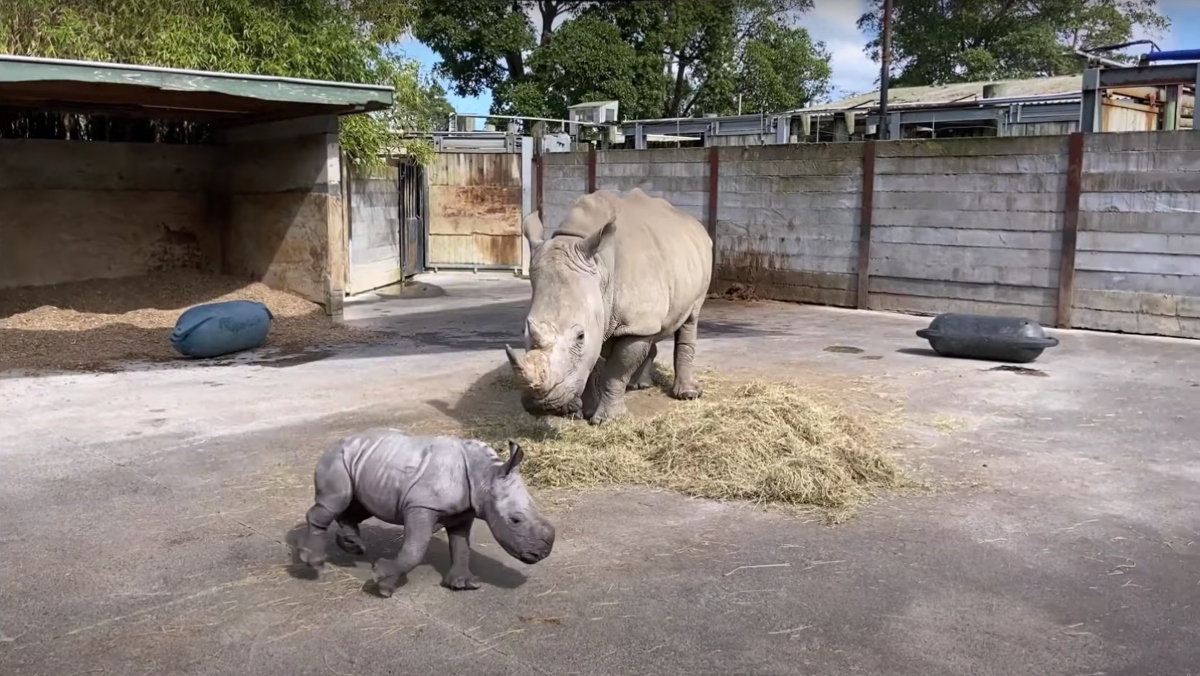 What do you think about Jamila and her delightful newborn? Are you going to watch this little rhino running around on a loop now? And how much do you really want a baby rhino now even though it’s a terrible idea? Take a lap in the comments, people!