The past few years has been pretty good for the burgeoning ‘kids on bikes’ genre. The successes of Stranger Things and the theatrical adaptation of IT  unlocked a hunger for spooky adventures seasoned with nostalgia. Tabletop gaming has been happy to serve up their takes, including a role-playing game that won five Ennies last year for Best Game, Best Setting, Best Writing, Best Internal Art and Product of the Year. We’ve had our eye on  Tales From The Loop from its humble Kickstarter beginnings and went so far as to call it our favorite RPG of 2017, so we’ve very excited to see it take the next big step on its journey.  Variety announced that Tales From The Loop received a series order from Amazon Prime for streaming to a screen near you.

Tales From The Loop  was created by  Simon Stålenhag. The artist imagined an alternate world in his home country of Sweden where strange technology lived alongside the mundane aspects of being a kid in the 1980s. His art feels like concept art from an unrealized Spielberg or Zemeckis film from the era with odd gadgets and giant hovering tanker ships rusting in Swedish suburbia. Stålenhag created two additional art books set in the same world; Things From the Flood, a sequel set in the 90s after all the wonderful technology has gone bad and The Electric State, a look at America during the original weird science period of the 80s. 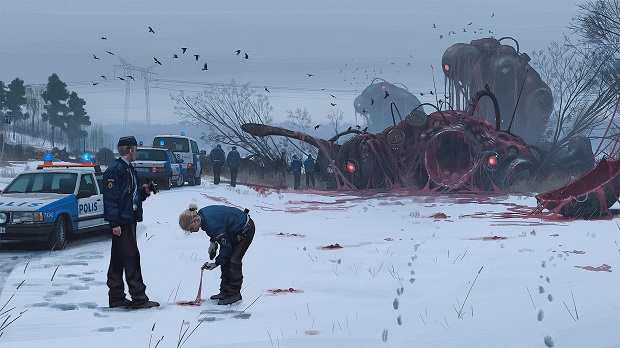 The Tales From The Loop game was created as one of the final stretch goals to the original artbook. A sequel game based on Things From The Flood is also due from its Kickstarter. The game, designed by Free League, offers quick, simple gameplay where characters roll pools of d6s looking for 6s to achieve success.

Characters fit into broad archetypes like Jock and Bookworm, but groups customize their social settings by asking questions of each other as they make their characters. The main book features a short campaign. Since the original Kickstarter, the unlocked adventure collection Tales From The Loop: Our Friends The Machines and Other Mysteries has come out to extend the tales being told, along with guidance for turning the town around The Loop into someplace more familiar. 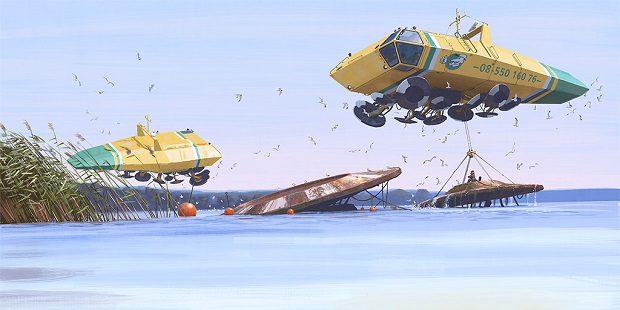 We had previously predicted, “Tales From The Loop could very well be the RPG phenomenon of 2017.” And we were right. Between winning 5 awards at Gen Con 50 and selling out before the end of the show, the game ended up in the hands of several gamers looking to put on their bright puffer vests and solve some spooky mysteries. With the show on its way from Amazon Studios, the gorgeous Tales from the Loop art that once looked like the lost concept art of a TV show everyone wanted to see seems to have come full circle.

Which RPG do you wish had its own high-budget show? Tell us in the comments!