The Biggest Questions We Have After the AVENGERS: ENDGAME Trailer - Nerdist

The Biggest Questions We Have After the AVENGERS: ENDGAME Trailer

For months the two biggest questions surrounding Marvel‘s followup to Infinity War were 1) “When are we getting the title?” and 2) “When are we getting the trailer?” Now that we finally have answers to both of those points, we have way, way more things we want answered. Here are the biggest questions we have after the first trailer for Avengers: Endgame.Why is Tony Stark about to die on the Guardians ship? Where’s Nebula?The only two survivors on Titan after the Snapture were Tony Stark and Nebula. We always assumed she’d give him a ride back to Earth after Infinity War, but the trailer opens with Tony on the verge of death on the Benatar. He’s run out of food and water, and soon he’ll be out of oxygen. That indicates he’s alone in a ship he doesn’t fully understand, trying to travel through space. So what happened? Why isn’t Nebula there to guide him? 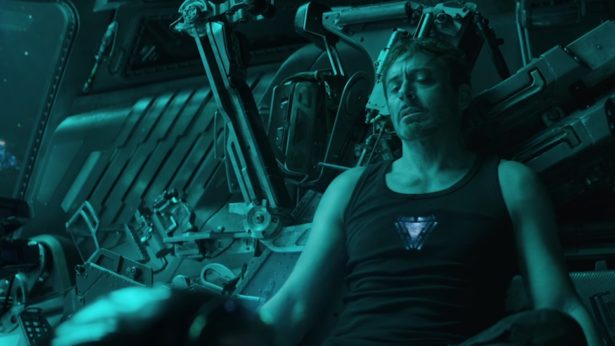 When we briefly see her in the trailer, she’s on the Benatar, so was she with him and left? Did she refuse to go on the ship for his journey home because it was too painful? Did the two stubborn heroes butt heads and go their separate ways? Or is it possible Tony isn’t alone and they are both going to die.

Why is the Avengers base almost entirely empty?Yes, we know half of all life on Earth was wiped out, but aside from Steve and Natasha (and a brief appearance from Bruce Banner), the Avengers HQ seems completely deserted. There are no ships and no people. Have the survivors split up entirely? Where is War Machine? He was working there at the start of Infinity War? Has the compound been abandoned?Â  If so, how vulnerable is the entire planet right now?

Why is Hawkeye killing people in Japan with a sword? Why does Natasha go to find him?

After skipping out on Infinity War completely after making a deal with the government to avoid jail time, Hawkeye is finally back! Kinda. He’s in Japan using a sword instead of a bow and arrow; Clint seems to have gone full Ronin. He made said deal to be with his family, so if he’s back on the streets, does that mean he lost all of them in the Great Dusting? And is Natasha looking for him out of concern for her troubled friend, or because she’s recruiting him for a new mission? 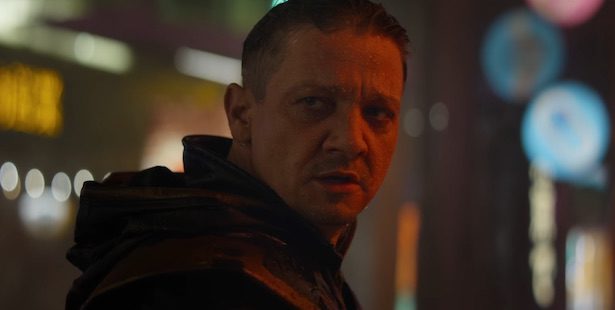 What exactly is Black Widow and Captain America’s plan?After a lot of shots of broken, sad Avengers, we finally see Black Widow and Captain America in suits and ready for action. But what’s this plan that she says is going “to work?” How are they going to undo something that required all of the Infinity Stones? Especially when so many of their friends and colleagues are gone?

Will Peggy Carter return to the MCU?It might be nothing more than a mournful Steve finding inspiration in the memory of someone he cares about, but that shot of him staring at Peggy Carter’s photo definitely gives off a major “we will see her again” vibe. Considering Scott Lang returns from the Quantum Realm, home of time vortexes, we can’t rule out any past characters showing up for any reason, let alone one of our favorites. 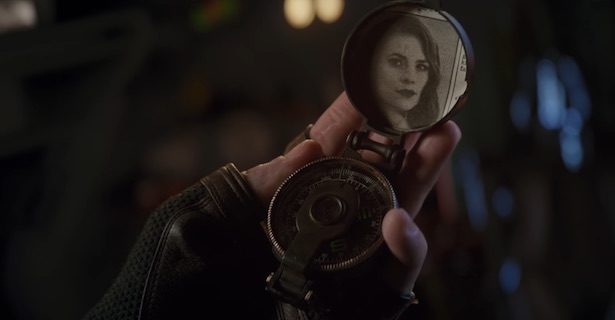 Where is everyone else like Captain Marvel and Rocket Raccoon?We barely see Thor and Bruce Banner in this trailer, but at least they showed up to remind us they will be important to the story. However, we didn’t see any survivors from Wakanda, with only Shuri’s “missing” photo a remnant of where Thanos triumphed. But where are Rocket, the only surviving Guardian (unless you count Nebula), and Nick Fury’s emergency hero Captain Marvel?Carol Danvers’ absence is somewhat understandable, since her first movie comes out in March, but are we not seeing her just yet because the space flying hero will be the one to rescue a lost Tony? (Uh, yes please.)Also, is this shot of an empty hangar a subtle hint at the coming arrival of the former fighter pilot?

But Rocket’s absence makes less sense. We doubt he will take what happened quietly, so what plan is he putting into action?What year does Scott Lang show up at the compound?Maybe the single most important question is the one raised at the very end: what year does Scott Lang show up at the Avengers base? He says, “We met a few years ago, at the airport, in Germany.” According to the official MCU timeline, Civil WarÂ took place in 2016 andÂ Infinity War in 2017. If we take “few years” literally, that means it’s been three or four years since the fight in Germany. IsÂ Endgame set in 2019 or 2020, or is it much closer to the Snappening?Is it even later?

We still have questions about the Quantum Realm, time vortexes, and whether the movie will go back in time to stop Thanos; knowing exactly when Scott rings the Avengers door could tell us a lot about all of them.But hey, at least we’re not asking when we’ll get the title or trailer anymore. These questions are way more fun.