Does This AVENGERS: ENDGAME LEGO Set Hint at a Key Comics Moment? - Nerdist

Does This AVENGERS: ENDGAME LEGO Set Hint at a Key Comics Moment?

Now that we’ve gotten a look at the OFFICIAL Avengers: Endgame LEGO sets, the conspiracy cogs are whirling in our heads. Our Easter egg radars are homed in on one particular very cool set.

The “Iron Man Hall of Armor” playset features Tony’s iconic lair, in which he houses all his different suits. It’s been a regular part of the mise en scene of the MCU, but has never had its own dedicated LEGO rendering. One of the coolest things to note is the inclusion of a new black and gold suit from Kieron Gillen and Greg Land’s 2014 Iron Man run. That’s not all, though, as the inclusion of the armor room could hint at a massive comic book moment taking place in Endgame. 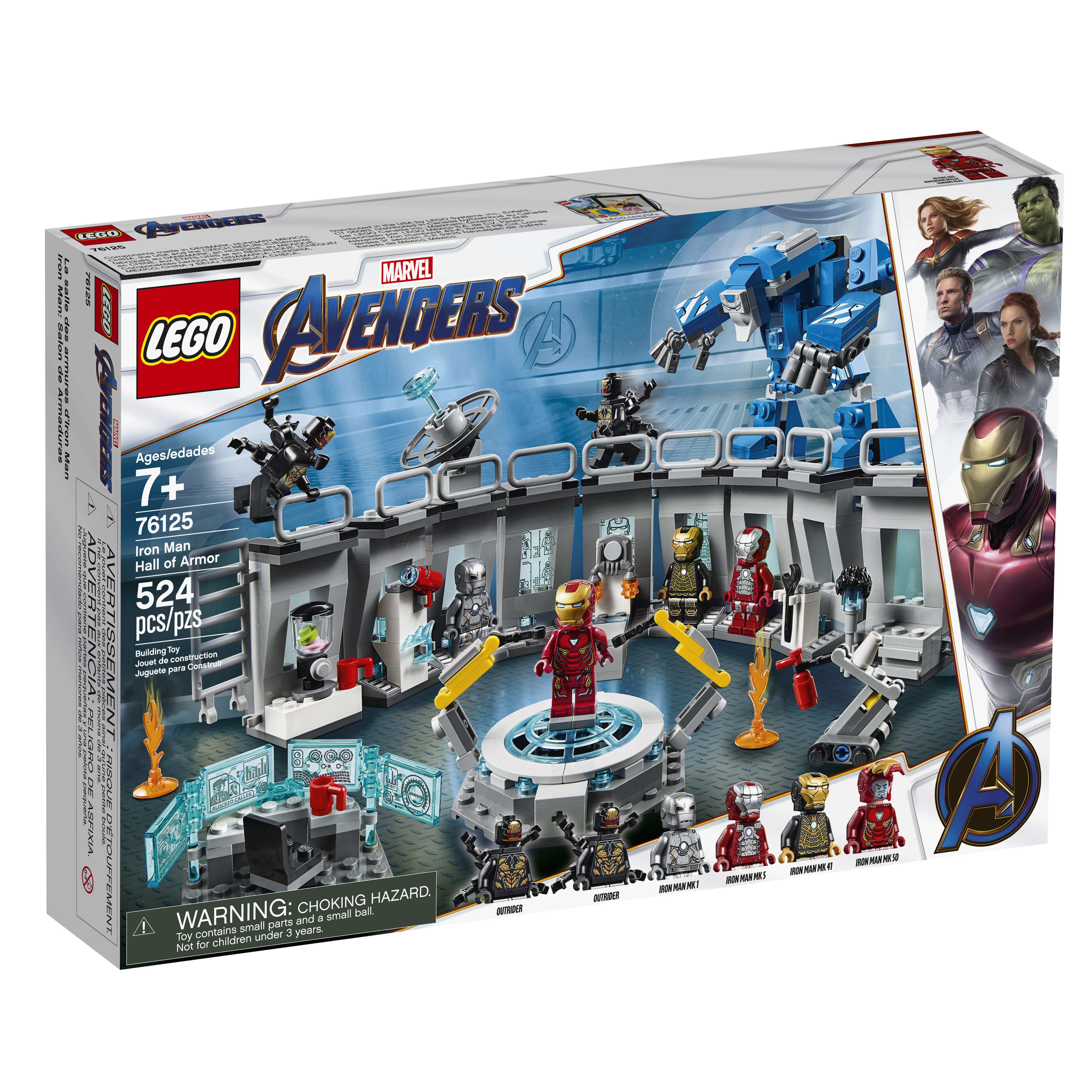 Throughout comic book history, Tony Stark has made many, many suits. One of the most interesting recurring themes—whether in a story or just as a cool visual nod on covers—is the idea of how he could utilize all of the suits at one time. Iron Man 3 played with this idea briefly during its finale, but we think that the concept might be expanded upon to play a major part in the Avengers’ defeat of Thanos.

This super rad Hall of Armor set not only got us wishing we had our own secret lair, but also thinking of some of the comics that have utilized it and what they could mean for Endgame. In Superior Iron Man #9, Tom Taylor and Yildiray Cinar introduced an epic scenario that saw Tony turn bad. Though we doubt that will happen in Endgame, the solution that Pepper uses may well be part of how the team fights Thanos; this would include a super-powered version of Ms. Potts herself.

In the comics, Tony becomes a big problem after the nastiest bits of his personality are drawn out by Axis. So Pepper has to become a hero known as Rescue and utilize the suits from the Armor Room to battle her partner. Fans have long wondered whether Endgame would see Pepper truly become Rescue rather than just wearing one of Tony’s suits. In his absence, this could be the perfect set-up to introduce Rescue and an epic Hall of Armor moment into the MCU. 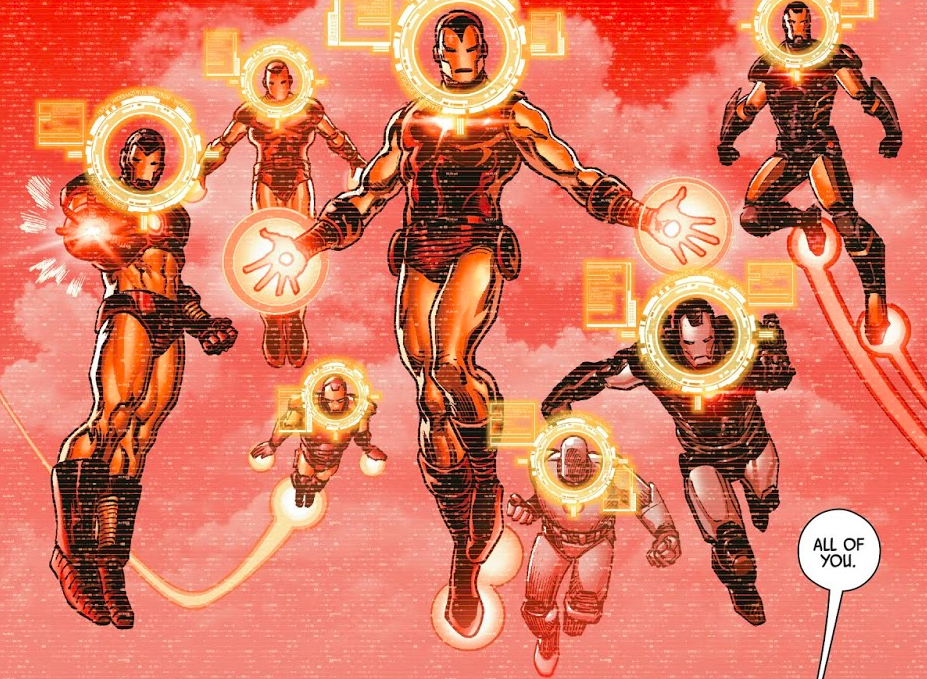 As of the ending of Infinity War, we know that Tony is out of the picture and that Pepper is back on Earth desperately worried about the man that she loves. We’ve already seen Pepper don an Iron Man suit before during Iron Man 3‘s Extremis riff, but we’d love to see a spin on the Hall of Armor, which sees Pepper and the family’s AI companion create a whole new suit for her. When the Outriders hit, it’s Rescue who has to call the suits to action rather than Tony.

We’ll have to wait until April 26 to find out, but we’re very intrigued to see just what part the Hall of Armor might play in the final part of the MCU’s decade-long experiment. The Russo Brothers have made it clear that everything is not as it seems in the trailers, so if Tony doesn’t make it back, then there’s even more chance that Pepper, Jarvis’ replacement FRIDAY, and the Iron Man suits might have to step in.