Those who have never read Eion Colfer’s fantasy children’s novel Artemis Fowl will likely find Disney‘s adaptation, at best, to be an underwhelming technical marvel. The special effects look great, and there are some fun action sequences. But the dialogue ranges from cliché to downright hacky, and character motivations and actions change on a whim without any explanation or logic. It’s as though 25% of the story is missing. The result is a rushed and underdeveloped film. Everyone involved seemed determined to get it out of the way so they can make a more coherent sequel. However, people who have read the popular kid’s book won’t feel that way. They will absolutely hate this movie, because few adaptations have ever missed the appeal of its source material more.

Disney has made Artemis Fowl, the great criminal mastermind and compelling child villain, into a boring and unoriginal hero. And that might not even be the movie’s most egregious error. It also marginalizes the book’s best character, the determined fairy Holly Short.

Disney’s movie makes dramatic changes to Colfer’s first book about the young super genius Artemis, “a descendant of a long line of criminal masterminds.” In the book, he is caring for his mentally ill mother, who got sick after Artemis’ father went missing. Concerned for the family’s longterm prospects, 12-year-old Artemis (played by Ferdia Shaw here, who unfortunately has to deliver some of the worst dialogue for a child actor since The Phantom Menace) uses his cunning to learn about the secret world of fairies and other magical beings. With that forbidden knowledge he then kidnaps a fairy and blackmails the secret magical world living deep in the Earth. In the book, he’s the villain. (Though still an empathetic one.) It’s what makes him different and interesting.

In the film, Artemis’ mother is dead and his father, played by Colin Farrell in one of the movie’s best performances, is still around. Young Artemis is forced into action when an unknown assailant kidnaps his dad. This unseen shadowy baddie is the worst character in the film. They’re so underdeveloped and their motives so trite it’s insulting, even to the young audience the movie is aimed at. 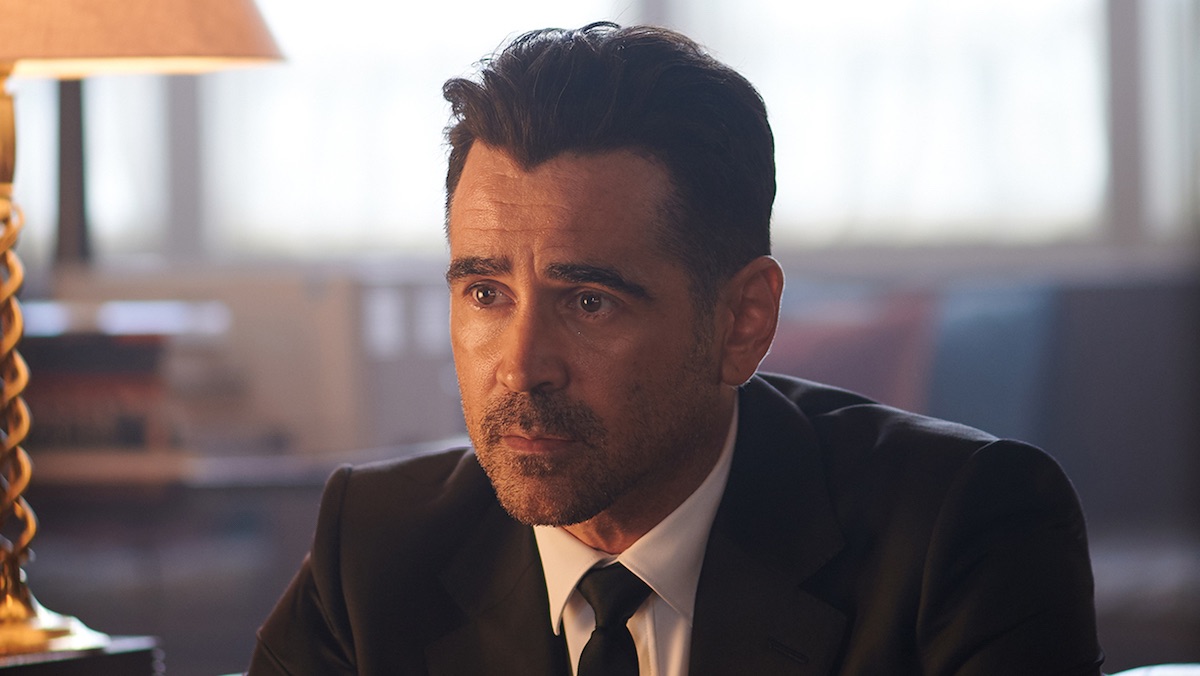 Artemis’ father is held for a very special ransom: “the fairies’ most powerful and coveted magical device,” a MacGuffin known as the Aculos. What does it do exactly? Who knows. Why is it so important? Beats me. Why would it be dangerous in the wrong hands? This movie doesn’t have time to answer important questions like that. It only has time for Josh Gad’s oversized tunneling, dirt-eating dwarf Mulch Diggums to say, “It’s a weapon so powerful and mysterious it can hardly be imagined.” Literally. Director Kenneth Branagh and the screenwriters apparently couldn’t imagine any answers.

They didn’t have time. They were too busy having their main character drop a glass bottle of milk in slow-mo after hearing bad news. And that’s just one of a dozen groan-worthy moments in a film full of cheesy, heavyhanded dialogue. 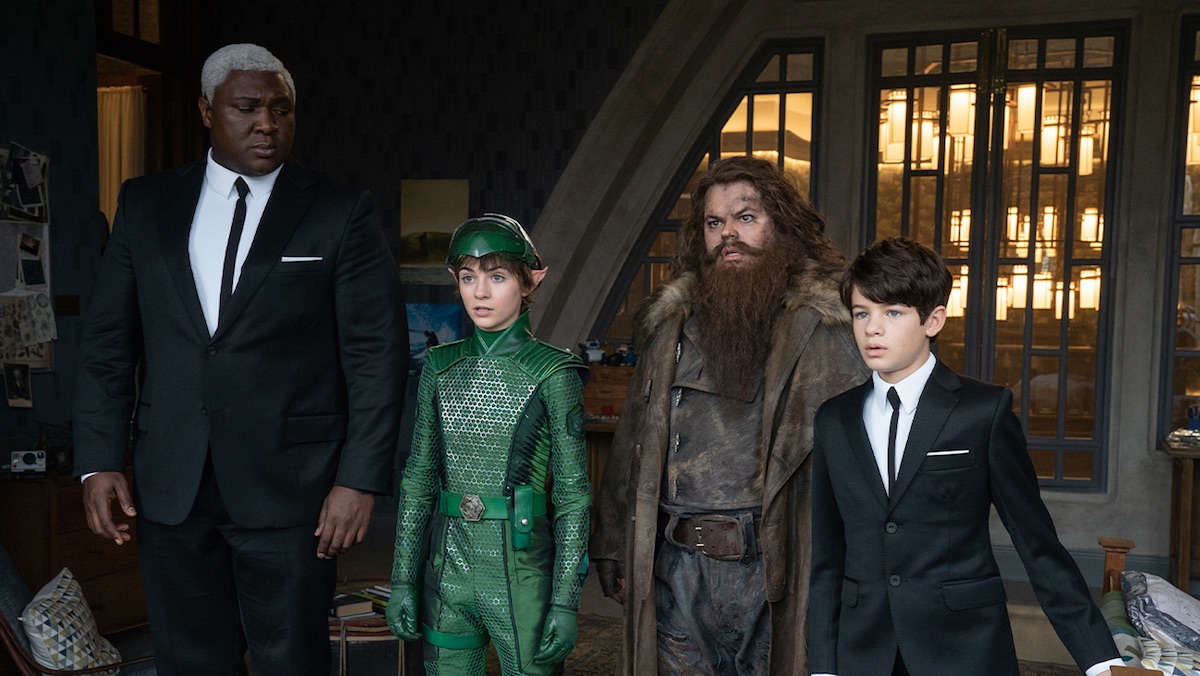 Even one of the film’s bright spots has its own issues. Josh Gad has a lot of fun in this movie, and Mulch Diggums is often a relief when he appears. The problem is that Gad plays him with a gravely voice. It’s frequently distracting, though fine in small doses. It wouldn’t even be much of a problem if he didn’t also narrate the film. It’s a bizarre choice that isn’t worth the payoff. You’ll just be rooting for someone to give Mulch a lozenge the whole time.

But here’s what’s really crazy: Judi Dench does the exact same thing! She plays the head of L.E.P.R.E.C.O.N., the fairies’ law enforcement agency. She’s fully committed to the role and brings some needed gravitas, but her character sounds just like Gad’s. Mulch even jokes about it at one point. But it’s not funny because it’s all so annoying. 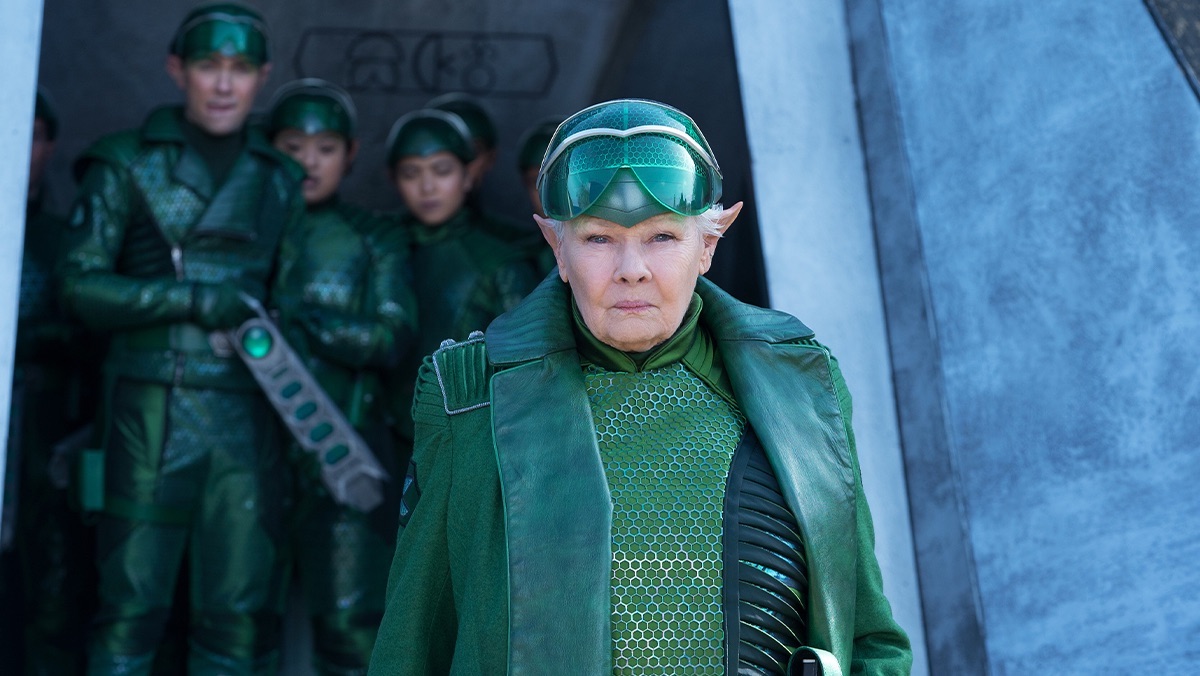 If some irritating voices were the film’s only issue it wouldn’t be a big deal, but Artemis Fowl has so many more. Characters inexplicably switch allegiances, gain power, or become friends for no reason. Magical technology isn’t explained and Artemis’ plan feels made up. It constantly feels like you must have blacked out during needed exposition. (A major scene from the book that appeared in the film’s first trailer is entirely absent from the movie. Maybe the editors blacked out.) And the fantasy elements, which in the book are beautifully interwoven with a technologically advanced society, fall flat. The magical world of Haven City should be a fantasy sci-fi wonder. Instead it’s underwhelming and marginalized.

Which unfortunately is also how the movie handles Holly Short (played by an underused but energetic Lara McDonnell). She’s the true hero of the novel and a wonderfully written character with her own compelling arc. The film dramatically changes her story; gone is the underestimated, strong character who bravely stands opposite the dastardly Artemis. Now she’s just a plot device with an invented connection to the boy genius. That way she she can help him save the day and feel good about it. 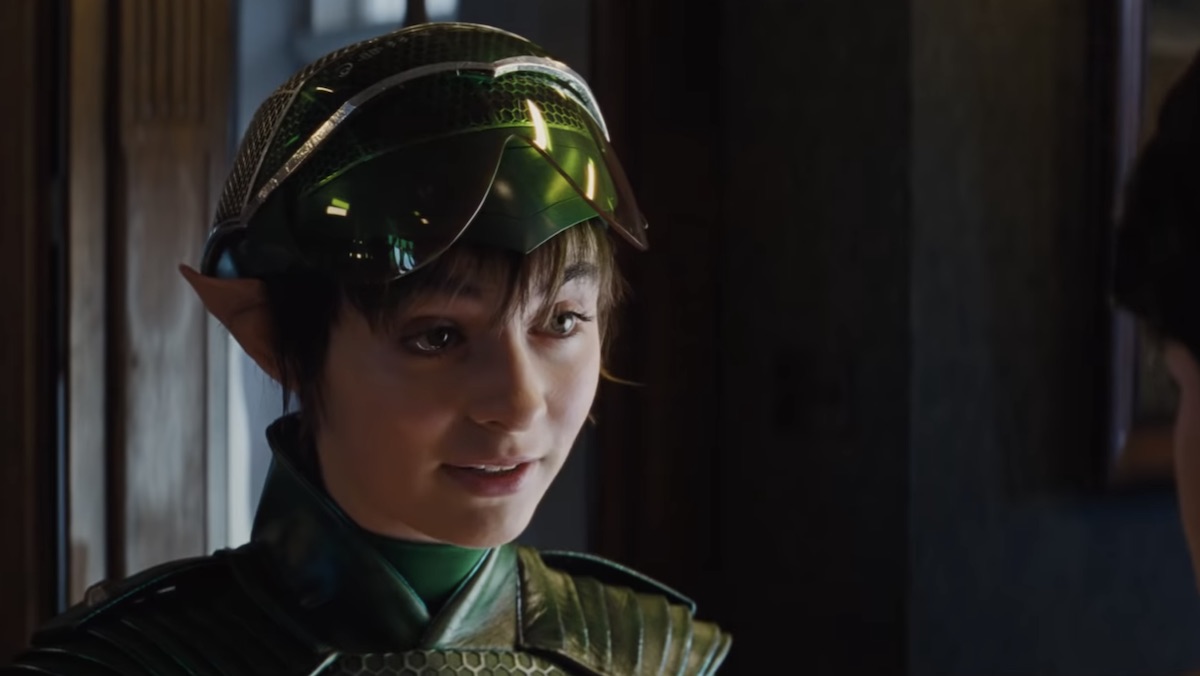 Those who have read the novel though will know that Holly embodies everything wrong with the film. Disney didn’t understand why she’s so great on the page, just like it didn’t know why the book was worth adapting in the first place. Artemis is the bad guy! If they wanted a hero as the main character for a new film franchise they could have adapted a million other stories.

The clunky dialogue, absurd pace, grating voices, bizarre character choices, and lack of exposition would all be footnotes if the film got its two main characters right. Instead Disney’s Artemis Fowl took a beloved fantasy story about two young characters, one a complex, desperate child villain with a complicated life, the other a young female fairy trying to prove her worth to world that expects and wants her to fail, and got them both completely wrong. It makes for a boring story for non-readers, but a disaster for those who already love Artemis Fowl.

There’s just nothing magical about this movie.