Ariana Grande's "thank u, next" Is a Love Letter to 2000s Teen Movies - Nerdist

Ariana Grande’s “thank u, next” Is a Love Letter to 2000s Teen Movies

We forget how to talk about Ariana Grande. She isn’t the docile, ponytailed pop star the uninformed would have you believe. She isn’t the girl who got lost in Pete Davidson’s eyes. She isn’t the former Nickelodeon star turned solo star, certain to sizzle and fade, another burned out media tragedy. She’s a woman who, in the last two years, survived the deadliest terrorist attack in British history, when a suicide bomber targeted her young fans after a concert, killing 23 and injuring 139 more. She is a woman who, just two weeks later, hosted a benefit concert, One Love Manchester, that raisedÂ Â£17Â million for victims of the attack. She’s a woman who’s longterm boyfriend Mac Miller overdosed and died just four months after their breakup. And now, she’s a woman who is paving her future with self-reflection and self-love, two concepts that her mostly young, mostly female fanbase will carry with them as they watch her career blossom into its next phase.In the aftermath of her grief and broken engagement to Davidson, Grande released the instantly iconic self-love anthem “thank u, next,” a meme-spawning hit that made even herÂ sovereign skeptics take notice. Now, the highly anticipated music video is here, a sugary-sweet ode to personal growth, and a touching tribute to the friendships of young women in film

The films Grande selected to recreate in “thank u, next” are telling: Mean Girls, Bring It On, 13 Going on 30, and Legally Blonde. All movies slapped with the “rom com” label, and all movies that â€“ with the exception of 13 Going on 30 â€“ aren’t really rom coms at all. They’re movies about friendship and empowerment, with any romantic plots firmly in the background. Don’t let the cameo from Mean Girls actor Jonathan Bennett fool you. “thank u, next” retools it homages to service Grande’s forward march.Take, for instance, the Bring It On portion of the video. In the film, Jesse Bradford’s Cliff gives Kirsten Dunst’s Torrance a mix tape with a song he wrote for her on it, which she dances to in her bedroom. This scene appears in “thank u, next,” with a twist. It accompanies the thematic climax of the song, when Grande talks about moving on from the men in her life to spend more time with her friends and work on herself:

Spend more time with my friendsI ain’t worried ’bout nothin’Plus, I met someone elseWe havin’ better discussionsI know they say I move on too fastBut this one gon’ last‘Cause her name is AriAnd I’m so good with that 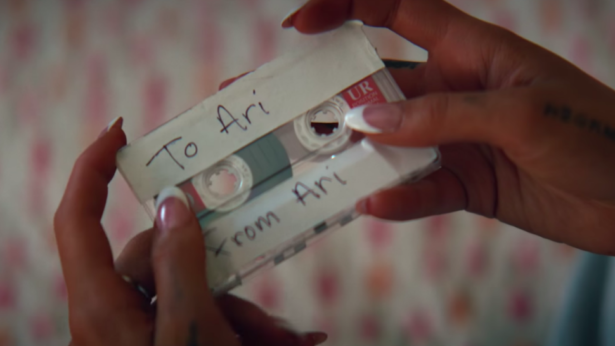 There are other instances where the movie references are reimagined with new positivity. The Mean Girls “Burn Book” is recast as a positive ode to Grande’s exes. (“One taught me love, one taught me patience, one taught me pain”). The fight between the Clovers and Toros from Bring It On turns into a loving hug fest with both groups of women dancing together. In an extended interlude with Legally Blonde‘s Jennifer Coolidge, Grande pokes fun at past comments she’s made about Pete Davidson.The beautiful feel-goodness of “thank u, next” is exciting on a nostalgic and aesthetic level, but seeing how Grande uses memories to craft a more-positive future gives the song an extra layer of durability. After all she’s been through, and all we’ve watched her go through, this message of moving on with a firm grip on what’s important couldn’t be more perfect. 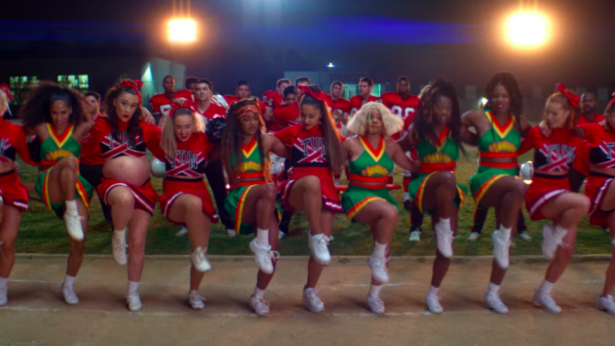 TAGGED: 13 Going on 30, Ariana Grande, Bring It On, Legally Blonde, mean girls, Thank U Next