An Argentina Beach Is Covered in Thousands of Snail Eggs - Nerdist

An Argentina Beach Is Covered in Thousands of Snail Eggs

Citizens of Argentina’s capital city, Buenos Aires, were recently treated to an alien sight along its beach shore: a blanket of thousands of pearly orbs strewn about the sand. The orbs, it turns out, are eggs from Adelomelon brasiliana, a species of sea snail, and they’re full of embryos. There are a lot more egg-orbs this year than normal, however, which raises questions. And perhaps one’s breakfast in their stomach. 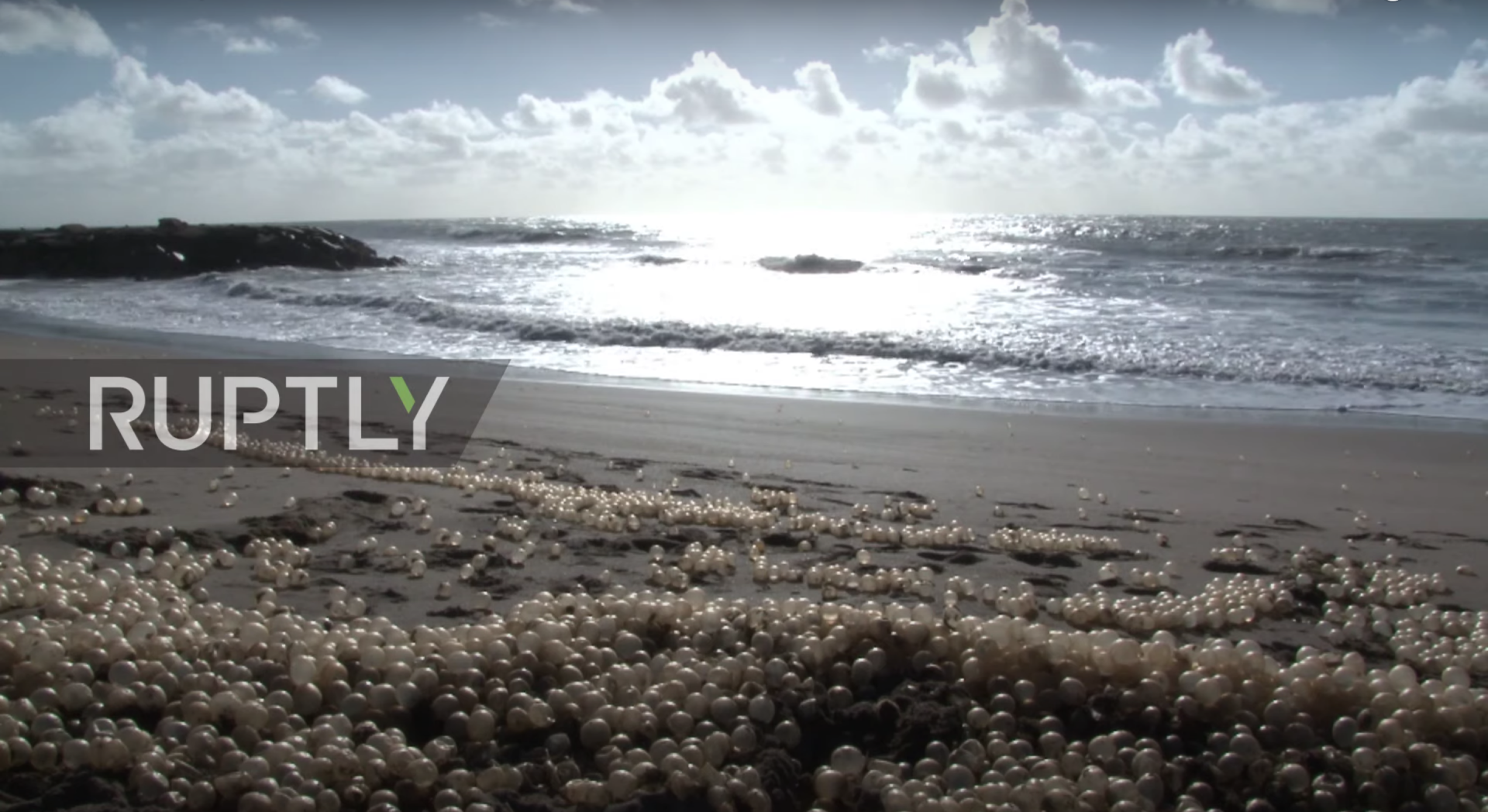 BoingBoing picked up on the sighting, which first occurred along Buenos Aires’ Mar del Plata beach. The snail eggs are apparently a common sighting along the beach, but not at anywhere near this density.

“In general, [Adelomelon is] found in the deep sea, but certain movements in the sea or unusual movements that have to do with the tides or the wind causes these structures to rise and become deposited on the coast,” marine biologist, Alejandro Saubidet, explains in the video from Ruptly at bottom. “We normally see these on the coast but we don’t see them at the density that we can see right now,” he adds. 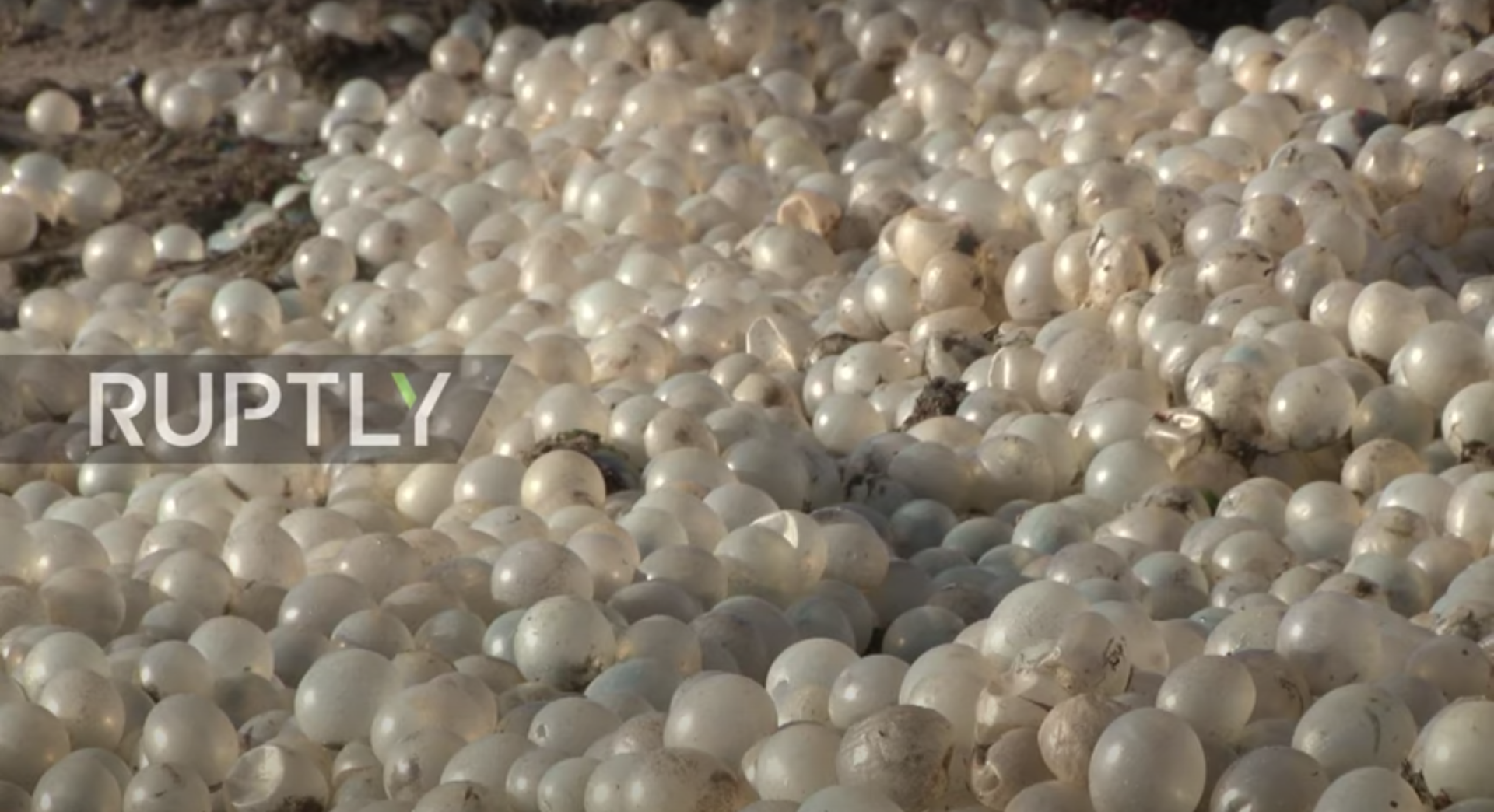 The pearly orbs themselves are “ovicapsules,” which actually consist of two egg capsules; the inner one of which contains multiple snail embryos. The embryos grow for several months inside the inner capsules until they reach their juvenile stage, and are able to crawl out. Later, in their adult life—after reaching their final form!—the snails’ shells measure nearly eight inches long.

Speaking of which, the gastropod snail’s shell (which consists of one piece, as opposed to two with a hinge, as is the case with bivalve snails), begins as a much tinier shell inside the embryo. That shell, the “protoconch,” evolves over time along with the snail, who’ll return to the sea to hunt for food. Yes, Adelomelon is indeed carnivorous, and may even eat other ocean snails. Those pearly shore orbs have to come from somewhere, after all. And what better way to make new snails than by using old ones?