ARBORETUM: The Relaxing Yet Ruthless Art of Planting Trees - Nerdist

ARBORETUM: The Relaxing Yet Ruthless Art of Planting Trees

Ah, the great outdoors. A nice walk among beautiful trees providing shade and protection from the sun, makes for a pleasant afternoon. And what could be more relaxing than a game of planting trees?

In Renegade Game Studios’ Arboretum you’ll plant trees in your arboretum, with nearly a dozen different types decorating your table as the game goes on. But be warned: what seems like a lovely little card game can be downright ruthless as you and your opponents block each other from scoring the most points to win. 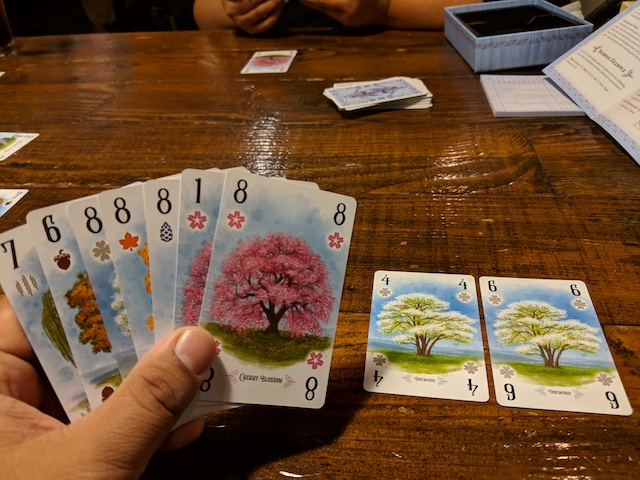 To start Arboretum, deal seven cards to each player. Each card is one of 10 tree species and each species is numbered 1-8.

The game ends when all cards from the deck have been drawn. You’ll score points based on the trees in your arboretum and the most points wins.

Seems like a simple, easy-going game, right? There are two mechanisms, though, that make Arboretum one of the best card games out there today. First, your trees must be placed in ascending order to be scored. You’ll start with the lowest number of a species and count up until you reach the highest of that same species. The number of cards determines how many points you earn. Bonus points are given to the number 1 and 8 cards, and if you have the same species in an unbroken sequence, you’ll double your points.

Second — and here’s the big twist of Arboretum — only the player with the highest total point value of a species in their hand can score points for that species. So, if you placed a bunch of maple trees in your arboretum, but you have no maples in your hand and your opponent has the number 2 maple, guess what? That’s right, you score zero points and your opponent scores any maples in their arboretum. 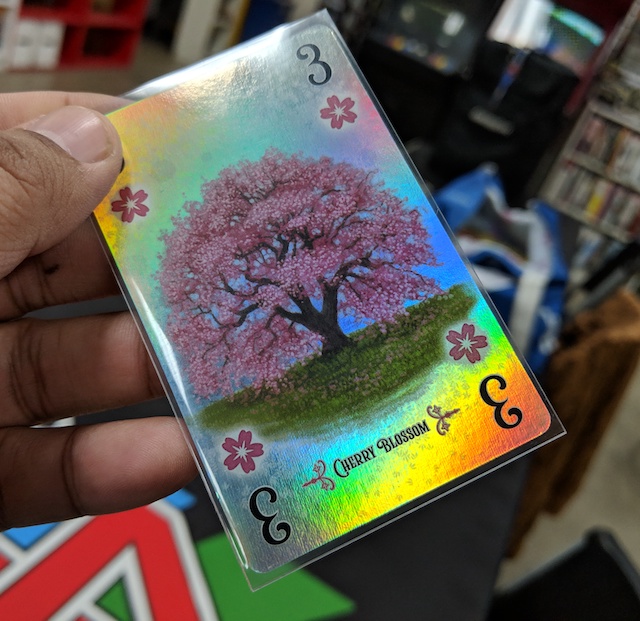 It’s this game-within-the-game that I find so intriguing. You’re watching what others play, in an attempt to secure the right to score certain trees or deny them the cards they need to score their trees. Add the puzzle element of placing ascending trees in rows and columns and you’ve got a game that offers much more than a stack of pretty tree cards.

Arboretum is a deceptively simple card game, one that reveals its depth through repeated plays. There’s a constant tension between keeping cards you want to use in your arboretum and discarding cards that you don’t think will help your opponents. Hobby gamers may recognize a similar style of play in Zany Penguins, a card game that forces you to choose between playing a card and offering it up to your opponents.

The deluxe version of Arboretum features an engraved wooden box, full-color sleeve for storage, and embroidered fabric bag, and special rainbow foil cards that capture light in a unique way. No matter which version you choose you’ll no doubt be ready to tend to your arboretum in this modern classic.