How AQUAMAN'S Costumes Compare to the Comicbook Versions - Nerdist

How AQUAMAN’S Costumes Compare to the Comicbook Versions

James Wan’s Aquaman has a lot to offer from enormous action set pieces to sharks with lasers on their heads, terrifying monsters to brilliantly brave women. But among all the amazing visual treats, one thing that really pops is the incredible costuming from Kym Barrett. Barrett has styled films as varied as Romeo+Juliet, The Matrix trilogy, Jupiter Ascending, and evenÂ The Amazing Spider-Man, so she brings to Aquaman a unique vibrance. Avoiding the depressing militarization of contemporary comic book costuming, Barrett goes for underwater spectacle. Below you can see how many of Barrett’s costumes compare to those from the source material. 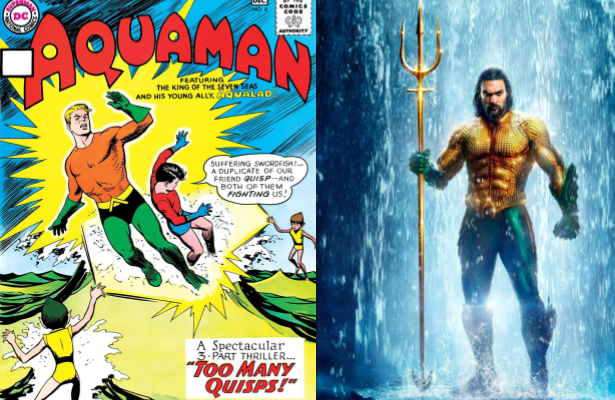 All of Mamoa’s looks in this film are excellent, but the standout is the gorgeous classic Aquaman suit that he dons in the final act of the film. Directly drawing from the iconic Nick Cardy design, this costume is pure comic book magic. The fitted golden orange and green costume–complete with gloves–is one of the best movie suits since Christopher Reeves wore the S on his chest. 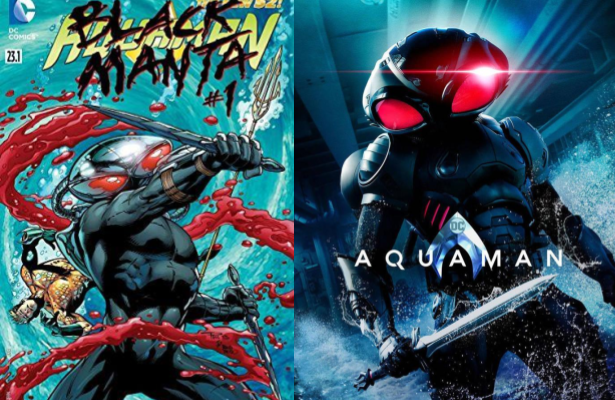 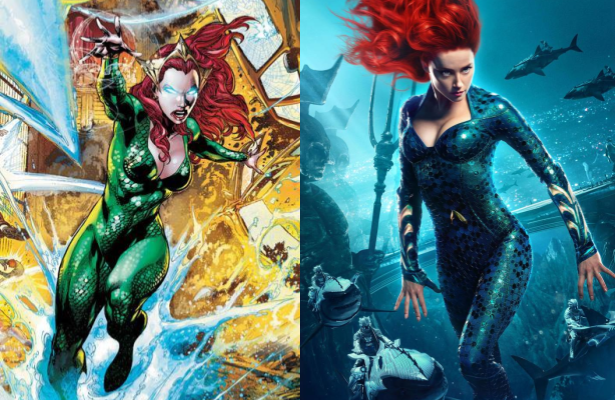 Amber Heard’s Mera is far more than a super-powered love interest and she establishes herself as a hero in her own right. Barrett’s costuming plays a massive part of this determined attitude, whether she’s rocking beiges in the desert, a jellyfish dress under the ocean, or the celluloid version of her character’s gorgeous teal suit. 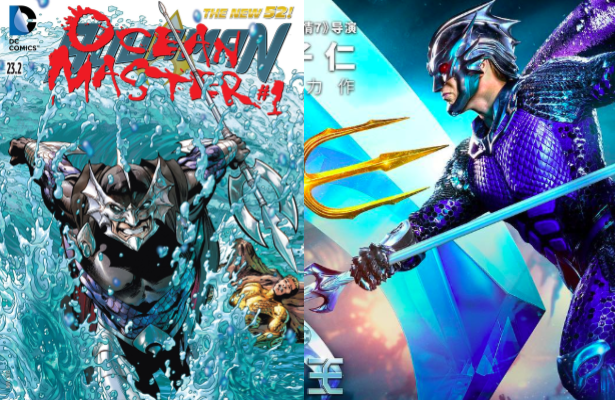 Patrick Wilson brings much needed gravitas to Orm’s Shakespearean melodrama and his completely out of this world costume. Orm is a great example of Barrett’s skill at bringing basically unadaptable costumes to life, and making them look really darn cool. From the iridescent purple fish scale pattern of his chest plate to the outrageous fins of his mask, Ocean Master is gloriously subaquatic. 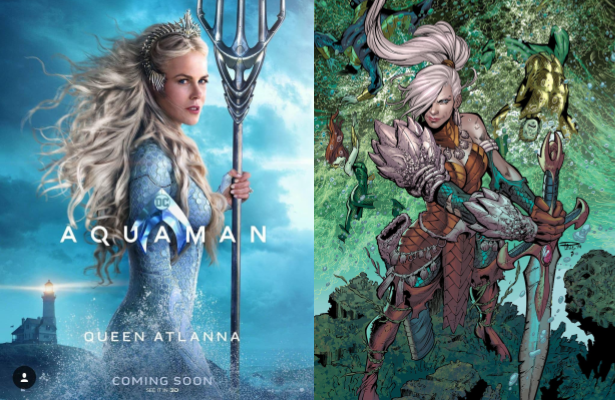 Nicole Kidman’s Atlanna dons the first suit we see: a sparkling white, skin-tight armor. When Tom Curry finds her on the rocks under his lighthouse, she also holds one of the films three core tridents, the notorious pentadent that Aquaman wielded in Justice League. It’s a testament to Barrett that Kidman always looks slightly alien in the futuristic suit, but she is instantly humanized in her comfy Maine winter clothes, which are still just as good to kick butt in. Atlanna also rocks one of the most incredible costumes in the movie but it’s too spoilery to talk about here… 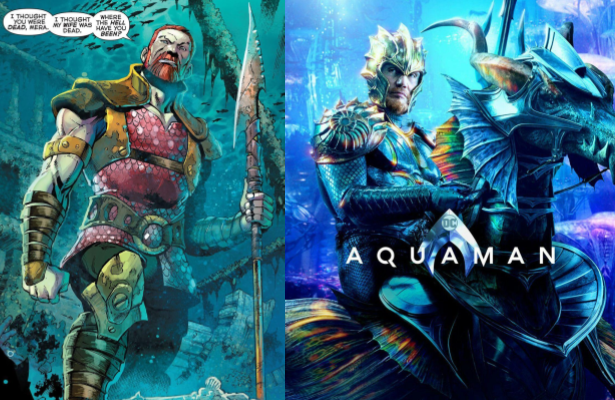 The leader of Xebel and father of Mera, Dolph Lundgren’s King Nereus is a noble badass. Whether he’s manipulating Orm, mounting an attack on the surface world, or defending his daughter, he always looks regal as hell. His look is influenced by the Geoff Johns/Paul Pelletier run in which he was introduced as Mera’s betrothed, but Barrett’s rendition is way more fantasy-minded. 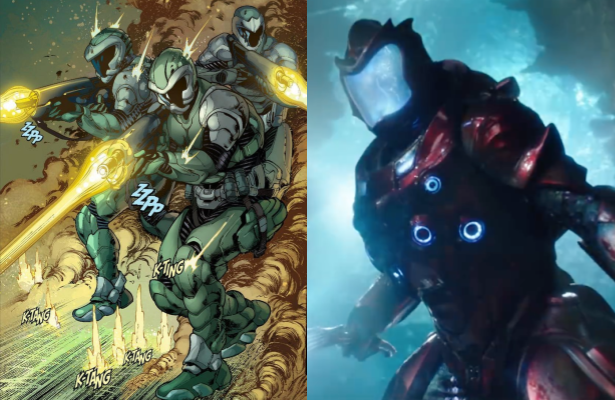 Some of the coolest looking creations in the whole film, the Atlantean soldiers are truly a masterclass in production design and costuming. Immediately introducing a heavy sci-fi aspect into the early moments of the film, these hi-tech foot soldiers are incredibly slick and threatening, technicolor versions of those from the New 52 run.