We all walk around with an all-encompassing digital atlas in our pockets. Thanks to smartphones, there aren’t many places on Earth you can’t find your way around. It’s a genuinely amazing technology. And those maps are about to get even better for Apple users. One of Apple Maps’ many new features will bring landmarks in major cities to life in 3D.

Apple Maps is getting what the company calls “its biggest update ever.” The announcement (which we first came across at DesignTAXI) says users can look forward to “a city experience that offers rich details, driving routes with better navigation, immersive walking directions shown in augmented reality, and much more” with iOS 15. The coolest of which is a new way to appreciate famous landmarks. 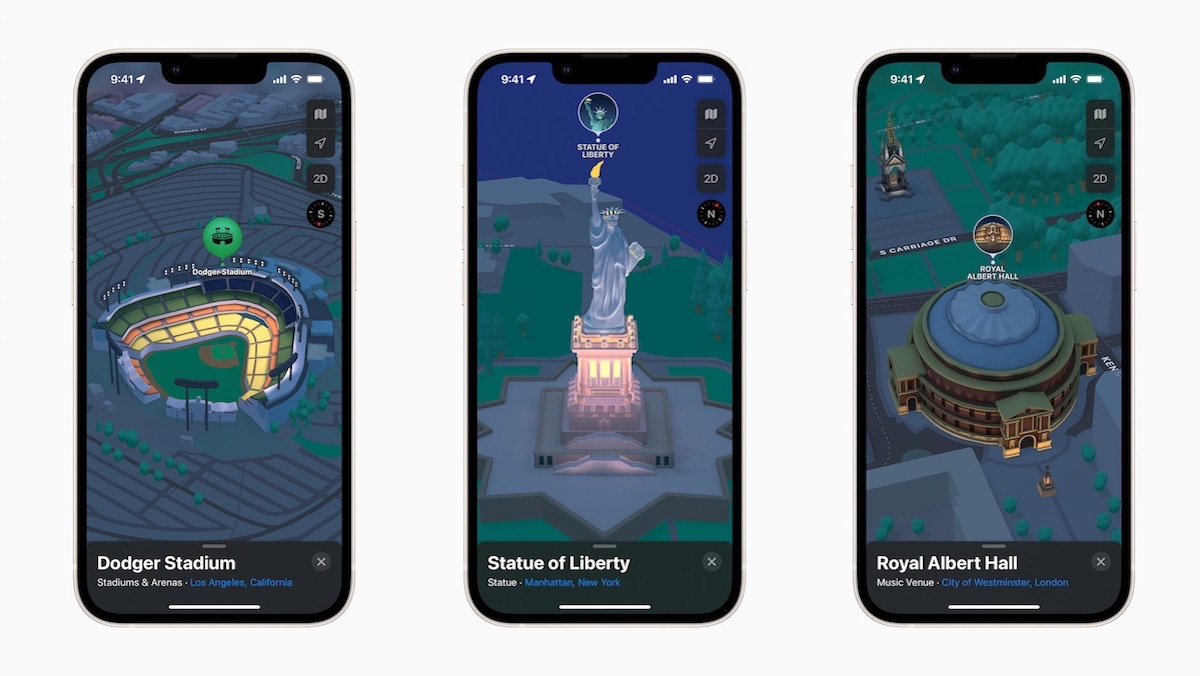 The update includes 3D maps that feature details “for neighborhoods, commercial districts, marinas, buildings, and more.” Users will now be able to see aspects of a city like its elevation details, the latest road labels, and buildings that aren’t always easy to tell apart on a flat-screen. This will be a boon for tourists and natives alike. But everyone can appreciate the coolest new feature. The update comes with “hundreds of custom-designed landmarks.”

From Dodger Stadium in Los Angeles to the Royal Albert Hall in London, Apple Maps will offer more than just a digital sign. Instead, you’ll be able to see beautiful cartoon-like images of those iconic places. And they’ll look even better in the dark. Thanks to what Apple calls a “beautiful nighttime mode” that activates a “moonlit glow” at dusk.

The city map experience is already in place for London, Los Angeles, New York, and San Francisco. Later this year, Philadelphia, San Diego, and Washington D.C. will join them. And other cities, including Montreal, Toronto, and Vancouver, will be available in 2022. 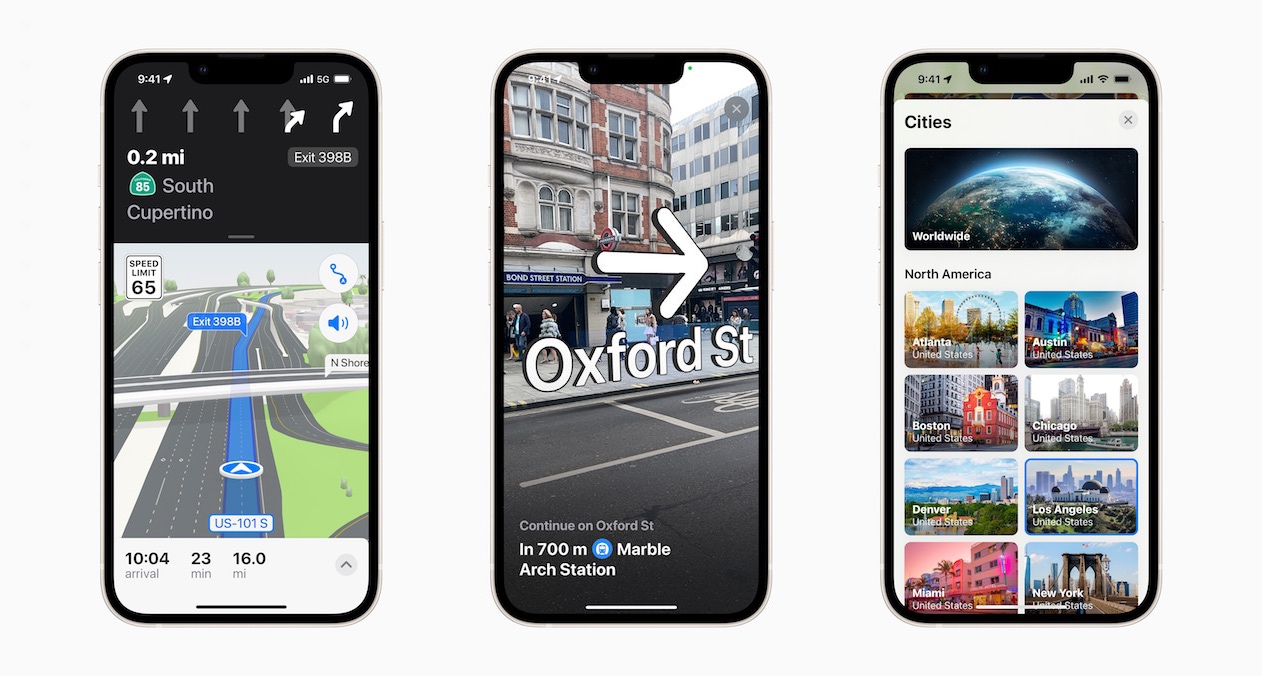 The other new Apple Maps features include Enhanced Navigation. It will show even more road details, which should help drivers and pedestrians alike. The feature will highlight items such as crosswalks and other guides meant to keep people safe. But that can be hard to anticipate when following a GPS. The update will also highlight public transportation spots. Users will find “detailed transit schedules, live departure times, arrival times, the current location of a bus or train en route, and system connections to help plan a journey.” It will even have “real-time” outage info.

For those who prefer to walk, Apple Maps will also now have an immersive augmented reality guide. (Hallelujah!) It actually shows the city as you walk it. That will go great with the new Curated Guides feature. Designed by a “selection of trusted resources,” they offer “over a thousand expertly curated guides that include recommendations from respected brands such as Time Out, The Washington Post, the National Park Foundation, Complex, and The Infatuation.” Users will even be able to create their own and also share guides with family and friends.

The Apple Maps’ new textured world feature highlights all the textures of our planet. Including how it’s a big round globe! We’re looking forward to how these innovations will help us interact with the world around us.