In January of this year, a troop of eight gorillas at the San Diego Zoo tested positive for SARS-CoV-2, the virus that causes COVID-19. Thankfully, it seems the troop has fully recovered. Nevertheless, employees at the zoo have still taken serious precautions to protect the rest of their great apes from infection. Namely, by administering an experimental vaccine designed to inoculate animals; one similar to the Novavax vaccine currently in clinical trials for use in humans.

Insider reported on the administration of the experimental animal vaccine. The Zoo’s employees, led by Nadine Lamberski, chief conservation and wildlife health officer at the San Diego Zoo Wildlife Alliance, vaccinated nine great apes in total; including four orangutans and five bonobos. (Karen, one of the orangutans, was the first to receive her vaccination. Incidentally, she was also the first orangutan ever to receive open-heart surgery back in ’94.)

Members of our gorilla troop tested positive for SARS-CoV-2, the virus that causes COVID-19. Aside from some congestion and coughing, the gorillas are doing well and we are hopeful for a full recovery. Read the full update: https://t.co/HIezWKBFxG pic.twitter.com/MAkPYPzxWP

Lamberski told National Geographic that she believes an employee who was positive for SARS-CoV-2 at one point passed on the virus to the gorilla troop. Zoo employees observed the entire troop exhibiting symptoms in January, ranging from runny noses and sporadic coughing to reduced appetite and lethargy.

“Immediately, alarms went off,” Lamberski told National Geographic, adding that the gorillas were exhibiting “full blown” symptoms. Apparently the employees were so concerned they even entertained the idea of intubating the gorillas if necessary. But while that wasn’t ultimately needed, the employees did feel that vaccinating the other great apes would help. 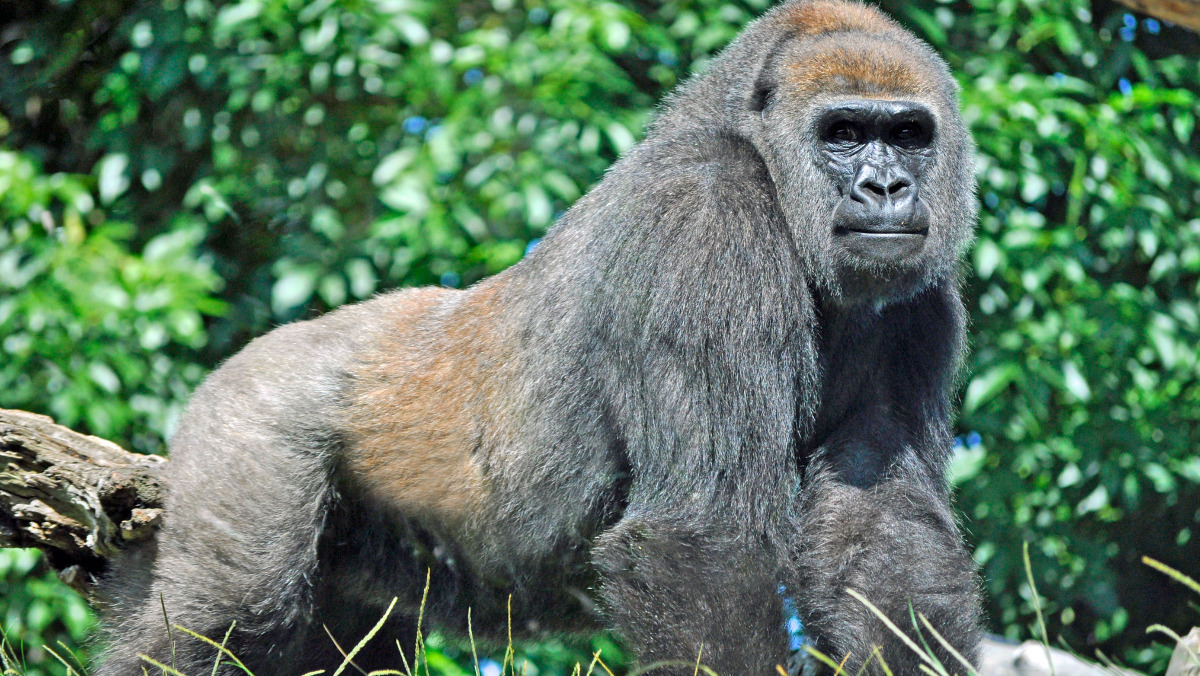 Zoetis, the world’s largest producer of medicine and vaccinations for pets and live stock, is behind the experimental animal vaccination Lamberski et al. have administered. Zoetis created the vaccine for animals after the first dog tested positive for the virus in Hong Kong in 2020. Mahesh Kumar, senior vice president of global biologics at Zoetis, told National Geographic that the vaccine works similarly to the Novavax vaccine currently in trials for human use, which consists of modified SARS-CoV-2 spike proteins in synthetic lipid nanoparticles.

Lamberski assures the public that while Zoetis developed the vaccine for dogs, the company’s deemed it as suitable for apes. “[I]t’s not like we randomly grab a vaccine and give it to a novel species,” Lamberski told National Geographic. “A lot of thought and research goes into it—what’s the risk of doing it and what’s the risk of not doing it.”

After a troop of eight western lowland gorillas got sick in January, San Diego Zoo staff received experimental COVID-19 vaccines to give to great apes in their care. See how Zoetis helped make this happen. https://t.co/b2Ji3YEKmn via @NatGeo

All of the orangutans and bonobos appear to be doing well post vaccination. There are still a lot of questions that need answers, however. It’s unclear, for example, if the vaccine actually deters infection even in the cats and dogs involved in the original trials. But if the vaccination does prove to work, it could potentially serve as a boon for other zoos. Especially since people have also found the virus in many other animals, including both big cats and small ones.