Another Jaunt Through the Planes of Magic: The Gathering (Part 2) - Nerdist

Another Jaunt Through the Planes of Magic: The Gathering (Part 2)

Recently, we visited the 4 planes that led up to Dominaria based on release order. Of course, that left out some of the other cool planes that exist.  After all,  there has been at least one new plane per year Magic: The Gathering has been around: Some are minor, but others have been host to major storytelling events or are just downright interesting to explore, be it to learn about what planes and themes exist or find inspiration for your next RPG adventure. 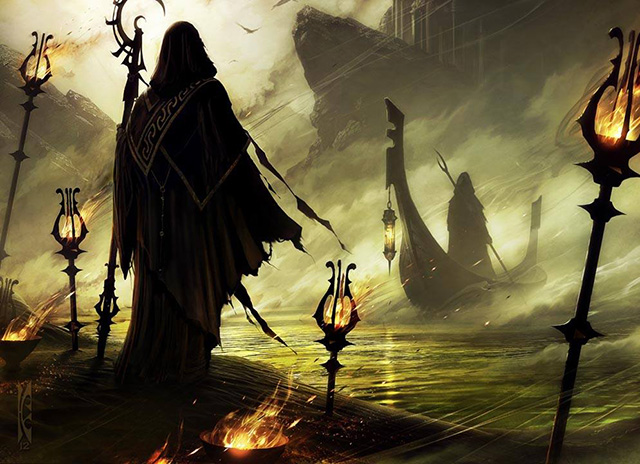 Everything you want out of a Greek tragedy is here. Heroes going to the underworld, fighting gods, and much more. Theros saw a Satyr planeswalker by the name of Xenegos gather enough support that he became the God of Revels. Turns out that Gods are powered and created by faith and belief on Theros. It is here the Theology follows other paths, as the 15 gods of the plane reside in a place known as Nyx. They are able to take form and walk among mortals, but this again requires the devotion of mortals to allow manifestation. You could be strolling along, end up fighting a Gorgon wearing some sort of golden fleece then bam, after slaying that gorgon a violent lion attacks you having been bestowed upon the Gorgon.

It was also on Theros we encounter Ashiok, a Planeswalker with no distinguishing facial features. Ashiok also refuses any application of gender or species. They are simply a being capable of reaching into dreams and crafting real nightmares from such essence. These recent planes gave the opportunity to explore facets of our own humanity by creating these characters that can be magical and fantastic while reflecting on our own natures. 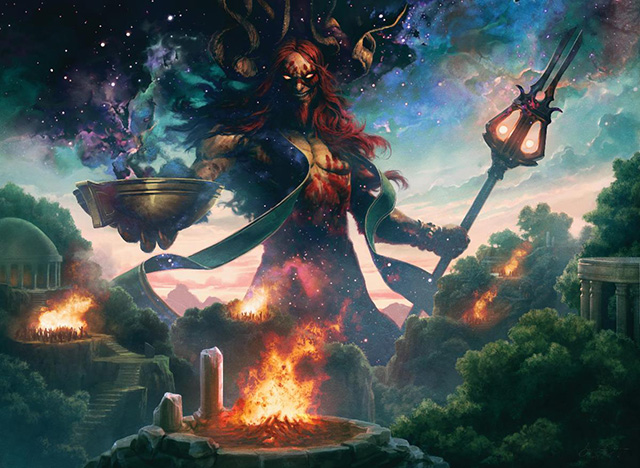 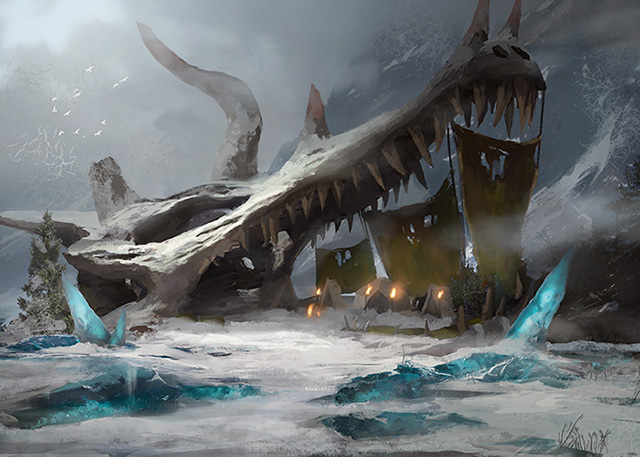 Tarkir is a plane savaged by the results of time manipulation. In the previous timeline, 5 great clans were led by 5 distinct and interesting Khans. It was also among these clans we see an amazing amount of inclusive thought and success. For the Jeskai, who are monk-like, Narset is their leader. She was openly confirmed to be autistic. Among the Mardu we meet Alesha, Who Smiles at Death — a trans woman (because representation matters). To the Mardu, all that matters is your ability to fight and pillage and she is absolutely fantastic. All of this leadership changed, of course, when time slipped down the other path thanks to Ugin and others. 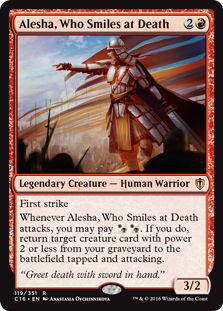 In the current timeline, the 5 clans are now centered around Dragonlords. While these characters still exist, certain aspects of them may change like the Mardu clan’s previous leader Zurgo becoming a bellringer instead of helm smasher. Tarkir, like many planes, has a diverse ecosystem ranging from arid deserts, frozen mountains and tundras, to lush forests and towering mountains while the clans fight for territory. 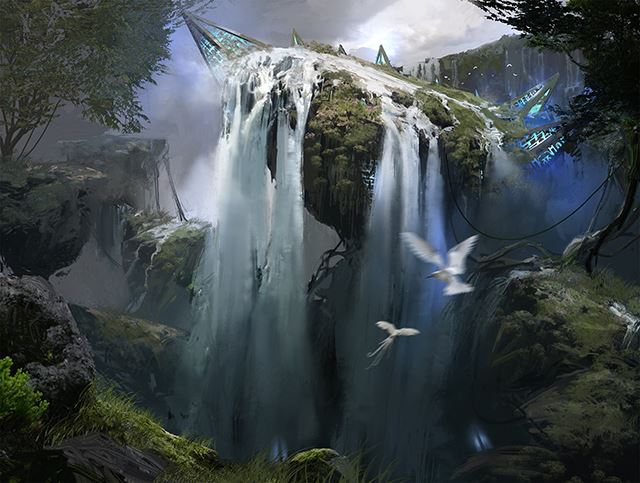 Zendikar is a wondrous plane for many reasons. It was where Nissa came from and found out that the plane itself was lashing out in pain due to the Eldrazi menace. With that, we found out about Eldrazi which are native to the place between planes but had somehow come to effectively infest Zendikar. Ugin compared the Eldrazi to a man sticking their hand into a pool of water. While we, the fish, can only see the hand of the creature as it extends, there is so much more to it beyond that. A seemingly unbeatable foe, a collection of Planeswalkers managed to drive the Eldrazi off.

The plane is littered with countless rock constructs called Hedrons, crafted by Nahiri, to serve as a prison to the Eldrazi unbeknownst to the inhabitants. Zendikar is a gorgeous and lush landscape featuring wide forests, deep oceans, and mountains. Gravity here also works differently than other planes, as indicated by the Hedrons,  and some native races taking advantage of flight.

On the side of the game, this set gave us gorgeous full art lands. In my playgroup, one friend exclusively uses these lands for all of their decks – I absolutely adore looking at the gorgeous art while getting beaten down. 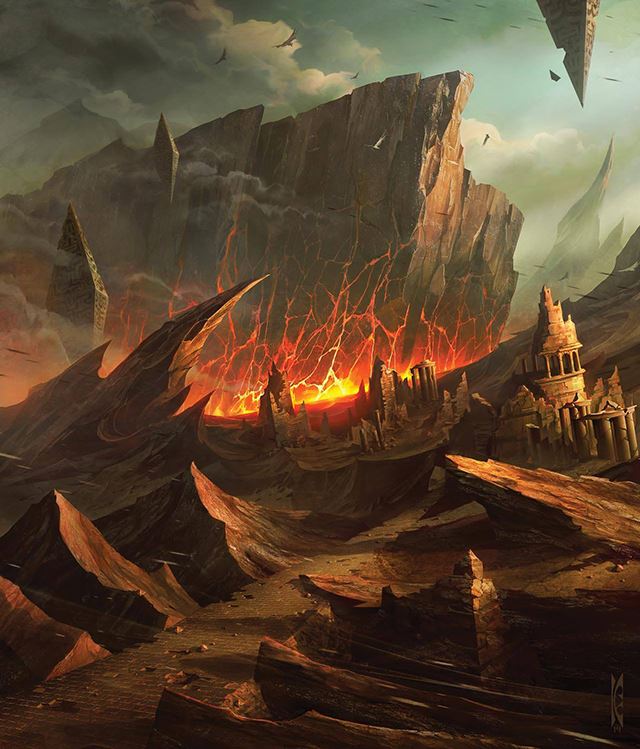 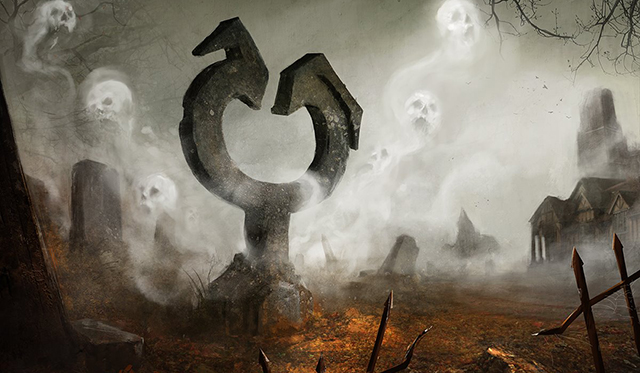 Innistrad is where you’ll get your classic gothic horror and other terrors. It is a plane rife with vampires, werewolves, angels and mad scientists. Zombies come in both black and blue flavors here in the forms of traditional necromancy and stitching which is the more Frankenstein approach. Even the angels have a darker side due to otherworldly influences. It is a plane where seeking secrets might cause you to become some kind of bug person instead. It all makes sense in the context and rules of the plane, but that sounds absolutely dreadful to me. Real fears here can cause you to meet your end even if that fear is of the number 13.

Willingly, Emrakul (One of the Eldrazi Titans) allows for itself to be sealed into the moon of Innistrad as it is not their time and they “didn’t want to play anymore” which is deeply unsettling. There’s a lot to unpack regarding Emrakul, but when a Lovecraftian horror gets involved paranoia may be your only weapon. One manifestation, a mermaid deity, later gives Nissa a vision while on Amonkhet. We can’t be sure, given what happened on Innistrad if that vision came from the deity or Emrakul. Sorin, Vampire Planeswalker and lord of the realm, was deemed a traitor by creating Avacyn, an angel made to protect humanity from vampires attempting to drive them extinct. Later, Avacyn disappeared and the world threatened to consume itself and bring about its own end. There are no shortages to the fears that can be found here.

If baroque churches, insanity, and all forms of horror are your jam then you’ll love visiting the plane of Innistrad. Just, if you’re opposed to it, try to avoid the voices settling in. Unless you love tentacled appendages. Then yeah…you do what you want. I’m not going to get in your way. I will be far elsewhere. 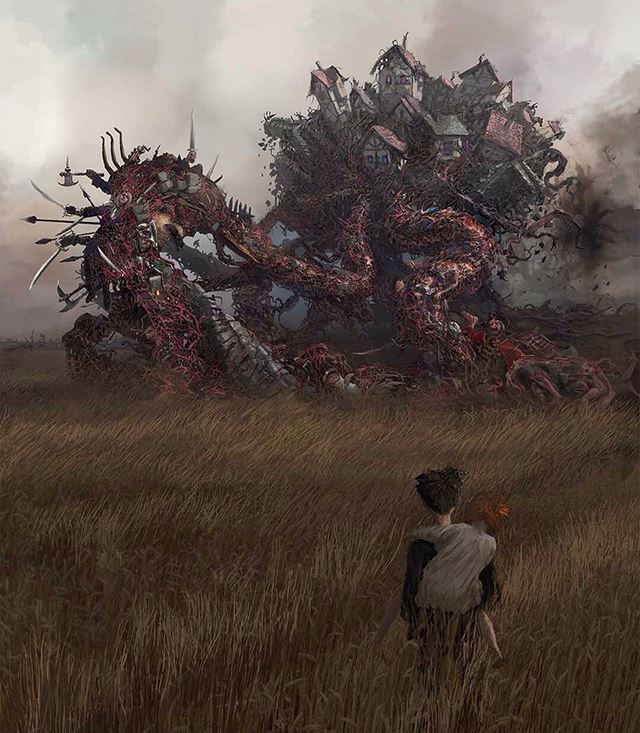 What are you favorite planes and why? Which characters are the most interesting to you? Tell us in the comments!